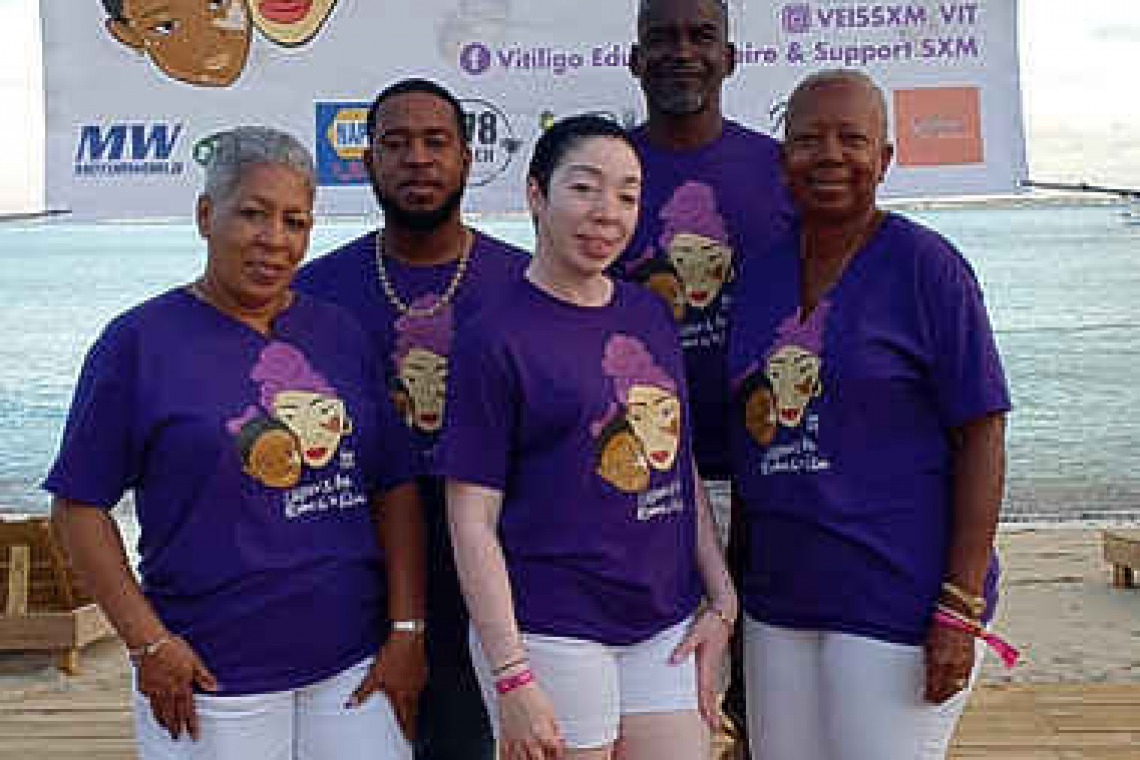 Changing the way vitiligo is seen on St. Martin

A while back, we had the pleasure of interviewing Gerline “Lilly” Isaac, a vivacious woman with a big heart and so much to share. She opened up about her life with vitiligo, how it’s been and where it’s taken her. After she had attended a seminar on vitiligo, we asked her to share the experience.

One of her goals was to eventually host the seminar on Sint Maarten; but now she’s back and has even better news for us! Lilly has started a foundation for vitiligo awareness. Because it was founded on the French side, it’s referred to as an Association, but no matter the specifics, it’s amazing to share the news with everyone.

VEISS, which stands for Vitiligo Educate Inspire & Support SXM, is a first and only version of its kind on either side of the island. Borne out of passion and a dire need, VEISS seeks to fulfil everything its acronym represents and much more.

It is officially registered and comprises Founder Gerline Issac; President Jacqueline Vrolijk; Vice President Fritz Isaac; Treasurer Stephanie Ward and Secretary Gerald Isaac. Together, the board forms a close-knit team of people who are not only passionate about vitiligo awareness, but who have also lived it in their realities. There are members and honorary members. Many of the honorary members are not officially part of the organization, but they’ve volunteered to assist when they can and even spread awareness about vitiligo, educate the public and provide support for those in need.

VEISS is currently looking for more members who would take on official roles within the organization, uphold the values and carry out the vision.

“There has been an increase in the number of people reaching out and telling their stories, many of whom you wouldn’t believe are living with it, because they are able to hide it under their clothes. I think it would be amazing to have everyone, whether you can see theirs or not, become empowered to let their vitiligo show without the shame of it. Yes, there are a lot of health risks that come along with having vitiligo, but I believe that if we remove the stigma, we will be closer to finding a cure. Little boys and girls can go to school and not suffer bullying, because we’ve been able to talk to them and spread awareness,” said Lilly.

VEISS will be hosting a Mix & Mingle event for potential members on December 18, at the Ruby Bute Silk Cotton Estate in Friar’s Bay. Come out from 5:30pm to 8:00pm and become a dedicated volunteer, in the push to have the voices of those with vitiligo heard.

If you, or someone you know is interested in becoming a member or even an honorary member, please contact the association at This email address is being protected from spambots. You need JavaScript enabled to view it.