Is Consumer Spirituality turning Crystals into the New Blood Diamonds? 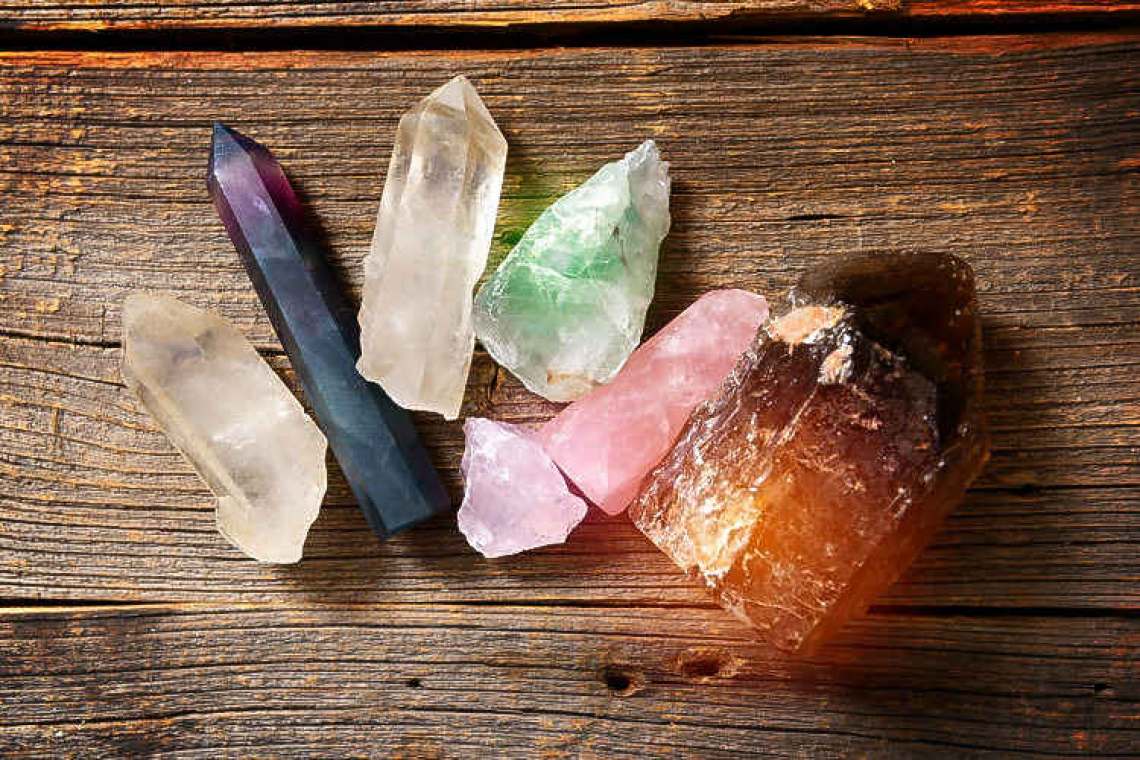 When we log on to social media, we are bombarded with posts about spirituality; how to increase it, how important it is for us to connect to it and how we must be part of the solution to dissipate the spread of negativity. While I do subscribe to the label of spiritualist, I also subscribe to the label of realist. Every time you use a yoni egg made of crystals, we really don’t know where it’s been or what we’re putting into our bodies, or what type of energy we are surrounding ourselves with.

I love to see that my social media is rife with posts about my friends finding happiness in their spirituality and opening to the concept of the Universe being in control, etc. What isn’t lovely is also reading articles about how the rise in consumer-demand for spiritual accessories is causing the rape and decimation of our natural resources.

We demonize consumerism and demand we make purchases from local businesses, but we still buy items like crystals from smaller suppliers, who are in turn making their purchase from larger corporations. These people are not going on a journey to harvest the crystals themselves, and thus rely on Good Ole Big Crystal as their source.

The sellers have kinder faces, but the money still rushes into the pockets of the people we swore we’d boycott. As a generation, we may not be actively mining these products ourselves, but we are consumers, increasing the demand for products like crystals, succulents and even “super foods” found in spaces we cannot access.

Every time we promote the sale and purchase of items like sage and palo santo, to ward off malevolent energy, we become a different kind of evil, the menacing face of Consumer Spirituality.

The mining of crystals comes with a very heavy environmental price. If you look at countries like Madagascar, it’s economically rated as one of the poorest countries, but beneath the soil there are large deposits of rose quartz, and amethyst, tourmaline and citrine, labradorite and carnelian; all very popular purchases for spiritualist consumers, which means this country is a goldmine for exploitative mining practices.

In poor countries, there is very little if any regulation on mining habits, much less harsh repercussions for large companies that don’t adhere to the laws. Much of what is taken out of the earth for sale is not even of benefit to the country’s people. The people who live in countries like Madagascar rely on farming for their livelihoods, and while we can argue that having a large company investing in the country is a good thing, it should be noted that mining involves a lot of water pollution. Large-scale mines are responsible for contaminating water systems and damaging wildlife.

In New Mexico where you can find a very special prized gem, blue chrysocolla, which is believed to bring “supportive goddess energy”, there have been claims brought against the company for leaking an “estimated 2 billion gallons of acid and heavy metals that contaminate surface and groundwater, to the point where the State of New Mexico and the U.S. Department of Justice have had to file natural resource damage claims against the company”. This comes from a country as large and regulated as America. If we are being realistic, smaller countries rarely, if ever, get to the phase of lawsuits before there is mass damage and loss of life.

There is very little transparency or traceability for the crystals we purchase. Oftentimes, it’s not just the consumer who is left in the dark about the mining practices, but the seller as well. There are a lot of grey areas in the colourful world of crystal mining. In Myanmar, where mining operations for crystals are prevalent, the land has been decimated by soil erosion and sinkhole formation, and mountains are left to rubble. This in turn has fuelled the mass loss of biodiversity, from the plants that thrive on healthy soil to the wild species that depend upon the natural habitat for their survival.

Let’s talk human cost. In general, mining is not a very regulated industry, with workers being ill-treated, paid little to nothing for their labour – and in countries without child-labour laws, it is not uncommon to see children taking part in mining themselves. This can lead to poverty, illness and even loss of life for these children. This is especially prevalent in poorer countries. We’ve found ways to make coffee and chocolate “fair trade”, but the crystal mining industry remains a dark place for many of these workers.

If we look at the practices of our ancestors and the leaders of these movements, they weren’t selling or buying these items, they would journey to these sacred spaces to commune with the energy that places like crystals radiate from; they weren’t shoving crystals into their sacred spaces, or so we would hope.

If we are using these crystals to absorb the energy they emit, do they not also hold the energy of the people and oftentimes children, who mine and die for them? Do we know where our crystals are coming from? Can we certify that the stones we use to cleanse our own energy haven’t been paid for in blood? It's a lot to think about, but at the end of the day, if you’re using something that’s destroying the Earth to rid yourself of negative energy, are you really part of the solution?