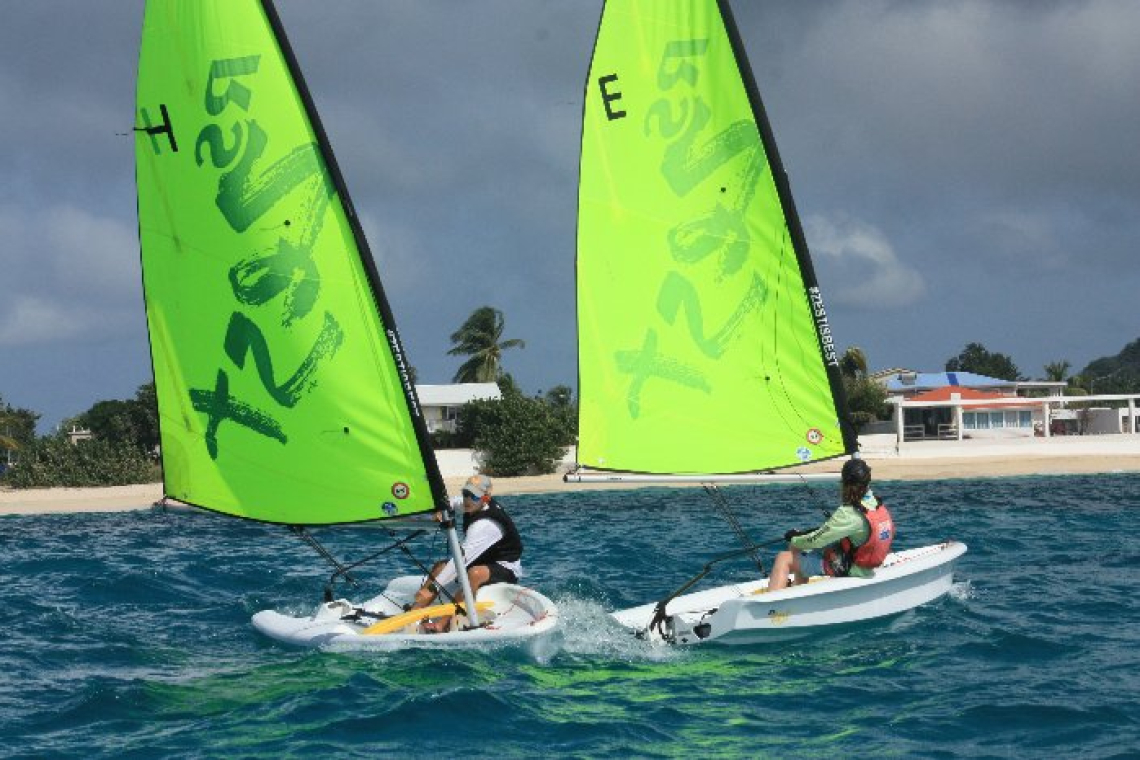 The class consisted of 10 Lasers. On the water were 6 Laser 4.7 sailors, 3 Laser Radial sailors and 1 Laser Standard sailor.
The St. Maarten Yacht Club hosted the Grant Thornton Multiclass Regatta Saturday and Sunday.
A total of 25 teams participated from 3 different Caribbean sailing clubs, including Club de Voile de Friar’s Bay from Saint Martin, Saint Barths Yacht Club and the Sint Maarten Yacht Club Sailing School.
The fleets were divided over 4 classes: Laser, RS Zest, RS Quest, and Optimists.
Saturday started off with 30 knots of wind whilst the competitors were rigging their boats, two big squalls came rolling over the mountain, into the Simpson Bay Lagoon. The Race Committee decided to postpone 30 minutes to see how the weather would clear up. The wind stabilized to a firm 18 knots in wavy conditions.
The competitors completed 5 races on Saturday.
The conditions on Sunday were very light, the day started with only 6 knots of wind, but became a steady 10 knots of wind, which made it possible to complete 4 races on Sunday.
The Optimist Class counted 11 entries. Thomas Magras from the St. Barths Yacht Club dominated. After him, there was a great competition between Clement le Norman, from Club de Voile de Friar’s Bay and Tao Carmona, from the St. Barths Yacht Club. With a difference of a few points, Clement took second and Tao finished third.
On Saturday there were five RS Zest sailors. Antonin Sciou took the lead this day and won all races. Some of the RS Zest sailors on Saturday, sailed in the RS Quest on Sunday.
T he results after Sunday in the RS Zest were Alexander Tiefenbrunner on first place. Massimo Lapierre came in second place with only 1 point difference.