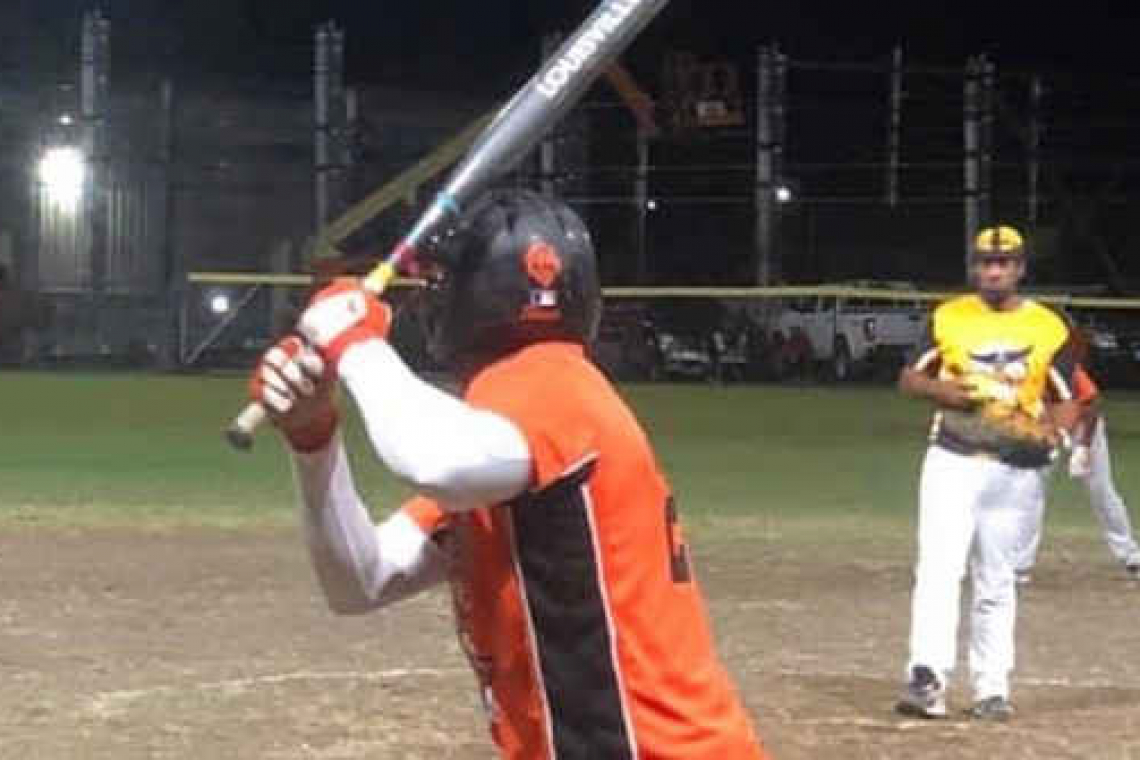 Lions bat against the Golden Rays during their Statia softball semi-final at the Frederick “Sonny” Cranston ball field Saturday.

ST. EUSTATIUS -- Thunderz took on the Lions in game one of the best of five  Statia softball finals at the Frederick “Sonny” Cranston ball field Sunday.

A large crowd was on hand to see the game.

Thunderz  looked a bit  showed rusty after having a  week layoff between their semi-finals game and the start of the finals.

During the game there was a dispute between a player on the Lions and an umpire. The umpire walked off the field and another subbed  for him.

The second game is set for Wednesday.

Lions advanced to the final defeating Golden Rays 7-6, in their game 3 of the best of three semi-final Saturday.