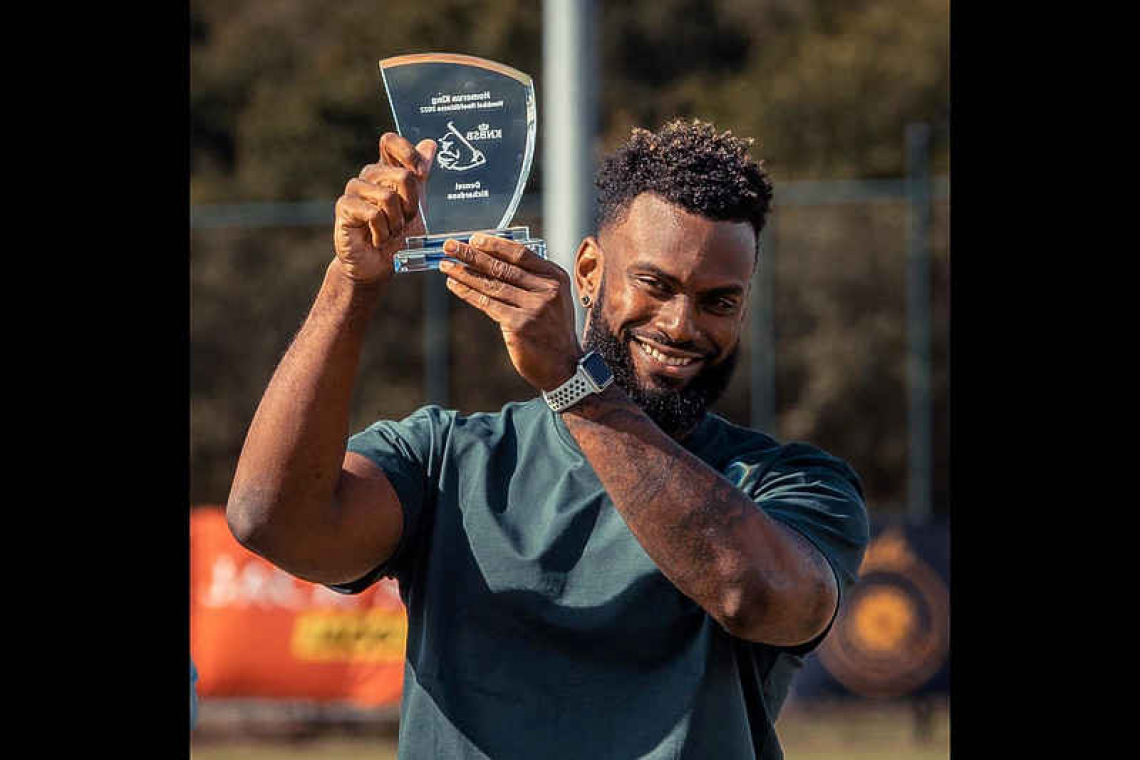 St. Maarten baseball player Denzel Richardson was honoured as the Most Valuable Player and received the Home Run Award playing in the Netherlands Honbal Hoofdlasse. Richardson played for AMS the L&D Amsterdam team. In all rounds for 2022 he had 186 at bats. He scored 35 runs of 56 hits. He had 14 doubles, three triples and lead the league with eight home runs. He finished with a .301 average.