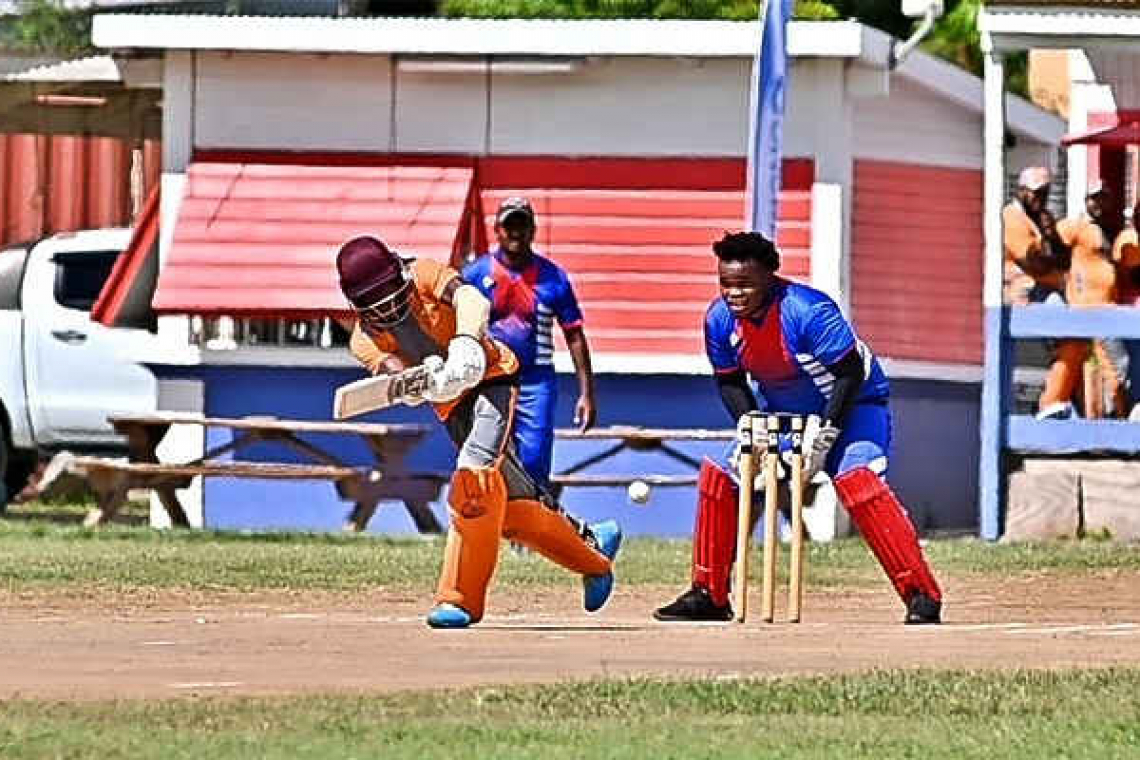 Moreland Le Blanc, Captain of the CGC Lions will be in action on Sunday afternoon against Future Champs. In his last match, Le Blanc hit a stylist 85 off 69 balls (11 fours, 1 six).

CUL DE SAC--Cricket lovers are set to enjoy another exciting round of cricket sponsored by St. Maarten Concrete over the weekend. Presently, there are 11 teams in the tournament, which is a massive improvement for the number of teams.

Three new teams joined the Cricket St. Maarten tournament. They are St. Maarten Veterans, Lucian Rangers and CGC Lions. On November 6, Lucian Rangers make their debut against Sun Insurances Jaguars from 1:30pm.
There will be two matches on November 7, Motorworld Cricket Club does battle against the Veterans from 9:30am and then Future Champs will take on the CGC Lions from 1:30pm.
The Veterans comprise of players who are 40 years and over, a spillover from the Masters' team. They contrived a spirited win against CGC Lions last Sunday and will be brimming with confidence when they face Motorworld. Quite interestingly, Shameer Baux played a significant inning of 64 off 48 balls in that win, but he is now the Captain of Motorworld. He will be playing against his secondary team, the Veterans. The Veterans will miss his batting prowess which significantly helped them to win their first match. On the other hand, Motorworld will be hoping that Baux delivers again after his team lost to We Lounge Kaieteur in the tournament's opening match.
The Lucian Rangers are the new kids on the block and are a tantalizing blend of youth and experienced players. Stephen Evans, Peter Edward, Melishus Theodule and Elias Aristhee lead some young brigades who are a breath of fresh air around the cricket field. Look out for Cedric Fenelon, Thomason Marquis and Marinus Charles, who will add exciting energy to the team. They are up against the Jaguars, who were badly wounded by NAGICO United Cricket Club last Sunday.
The Jaguars’ batting is centred around 16-year-old power hitter Michael Palmer, but the supporting cast in Captain Dwayne Elgin, Danga Farrell and Joel Brown will have to post significant scores for the Jaguars to growl at anyone in this tournament.
Future Champs are favourites to beat CGC Lions, whose 10-man team lost to the Veterans. The Lions scored a respectable 149 for four in their 20 overs. Captain Moreland Le Blanc led the way with a bedrock 85 off 69 balls, while Algis Jack contributed an important 49 off 38 balls. Notably, Future Champs are the youngest, most athletic and ambitious team in the cricket fraternity. Every player is under 19 years, they are swift to the ball and running between the wicket and will want to win a championship this time after losing to the General Auto Repairs Spartans in the last tournament.
Nathan Edward, fresh from West Indies U19 duties in England, will be the featured player, while Palmer, Randel Longville and Chemiqueko Landefort are equally skilful players in their area of expertise.