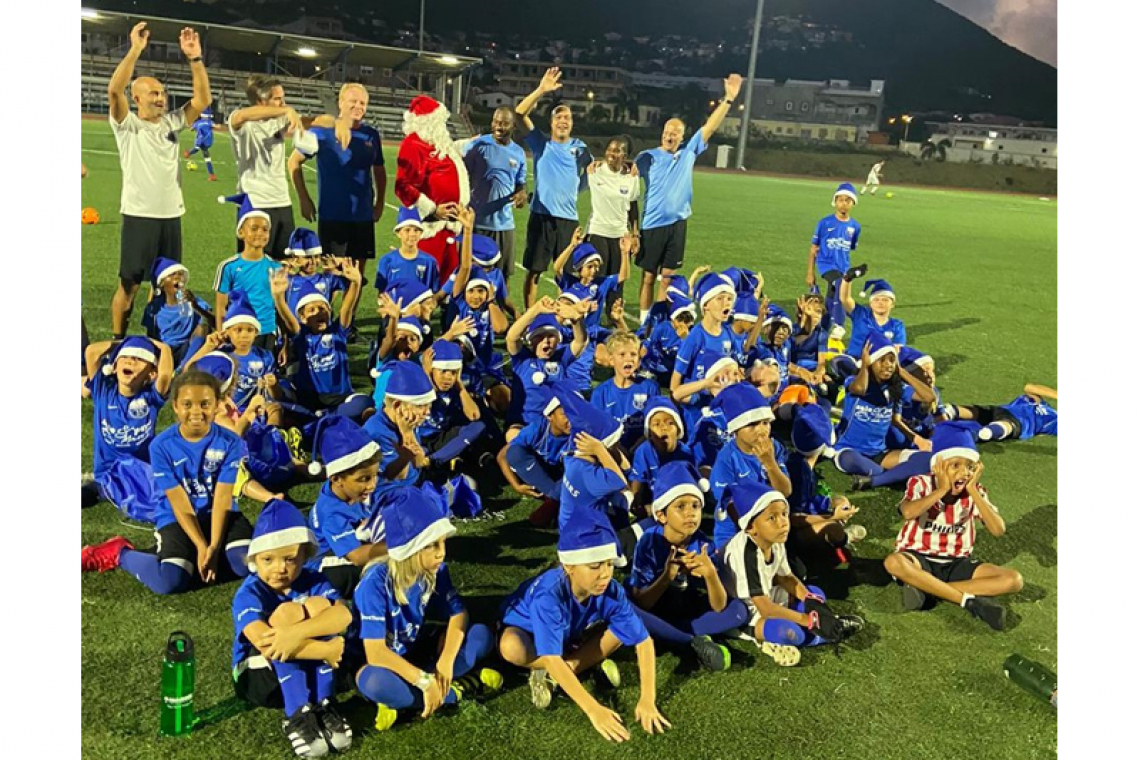 CAY HILL-- The RISC Takers Under 7, Under 9 boys and girls teams and the Under 11 football teams participated in the clubs second edition of the Children for Children run.

The players had to find sponsors for the laps they ran on December 15. The funds the children collect will be used to support children in need on St. Maarten.
The second edition was a success as the footballers broke the first edition record of US $4,000.
The Guardian Group donated one thousand guilders to the run effort and water bottles for all the soccer players. Guardian Group representative Wai Hing Patterson-Yee even ran a few laps with the young players.
Shop4Less donated their signature edible cupcake toppers for the soccer players.
RISC Takers will use the funds raised for children related organizations and projects on the island like Adopt an Art Child Kids program by artist Tes Verheij, Save Haven under the Direction of Vanessa Fraser, Excellence Learning Academy and New Start Foundation.
Later a Christmas party was organized by RISC Takers Soccer Moms support group for all their hard effort the players put forth running laps. Santa did not come empty handed. He passed out blue goody-bags and matching blue Santa hats.
The coaches and friends of RISC TAKERS were also treated with Christmas gifts boxes for all their hard work during the year. Both male and female coaches volunteer their time to these children.
To end of the year the RISC Takers coaches hosted a match against Juventus and won 3 to 0 at the Raoul Illidge Sports Complex.
For more information e-mail to This email address is being protected from spambots. You need JavaScript enabled to view it..