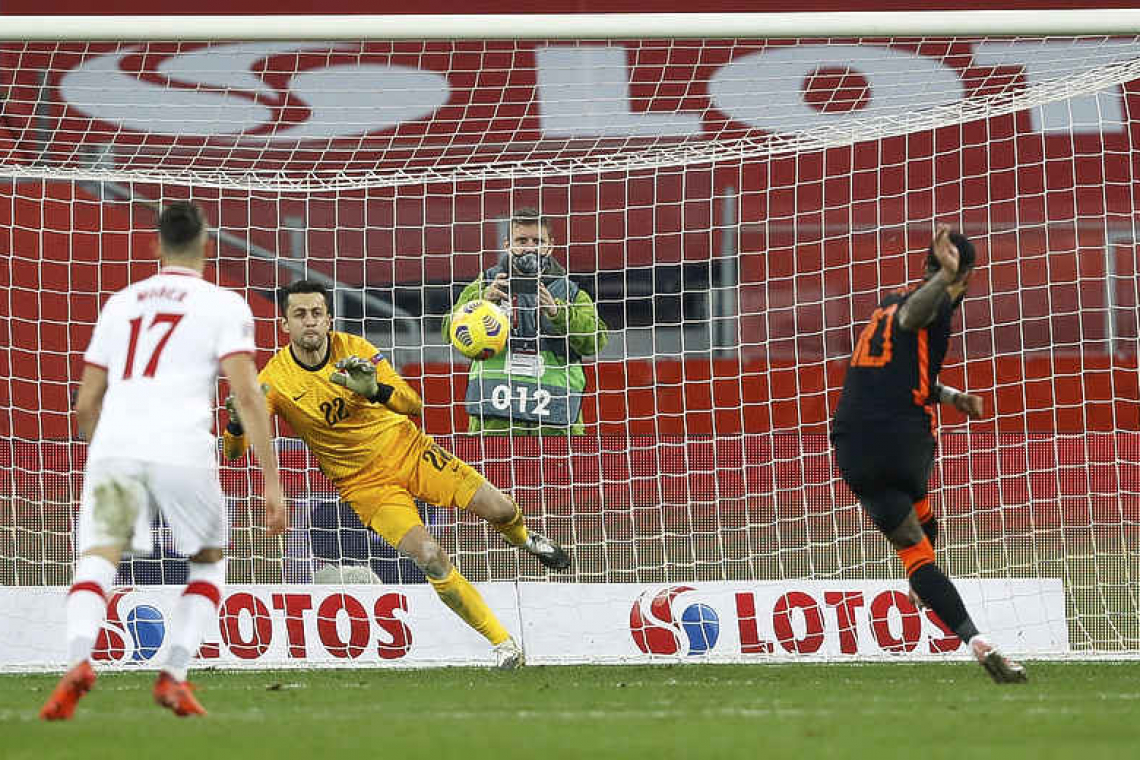 POLAND-- Captain Georginio Wijnaldum scored a late winner as the Netherlands rallied from a goal down to beat Poland 2-1 in Nations League A Group 1 in Chorzow on Wednesday.

Kamil Jozwiak scored a scintillating solo goal to put Poland in front early, but Memphis Depay equalised for the visitors from the penalty spot, before Wijnaldum added to his two goals against Bosnia at the weekend to head home the winner.
Italy’s victory in Bosnia meant neither side could top the pool, but the Netherlands finished second with 11 points from six matches, one behind the Italians, with Poland third on seven.
The home side made the perfect start with a stunning individual effort from Jozwiak, who was sent into open space by Robert Lewandowski. The winger showed admirable pace to outstrip the defence and beat two defenders before a neat finish past Tim Krul in the Dutch goal.
Wijnaldum should have equalised when his run into the box left him with just Lukasz Fabianski to beat, but the midfielder’s shot was straight at the goalkeeper.
The Dutch had an even better chance when Donyell Malen placed his free header from seven yards wide of goal when it seemed easier to score.
Przemyslaw Placheta struck the post from a tight angle as Poland continued to use their pace to get behind the defence in what was a frenetic opening.
Fabianski’s fingertips denied Depay in the second half, but the forward blasted home his penalty on 77 minutes after a foul on Wijnaldum by Poland defender Jan Bednarek.
The Dutch skipper then netted the winner, heading in Steven Berghuis’s corner to seal back-to-back wins for new coach Frank de Boer.