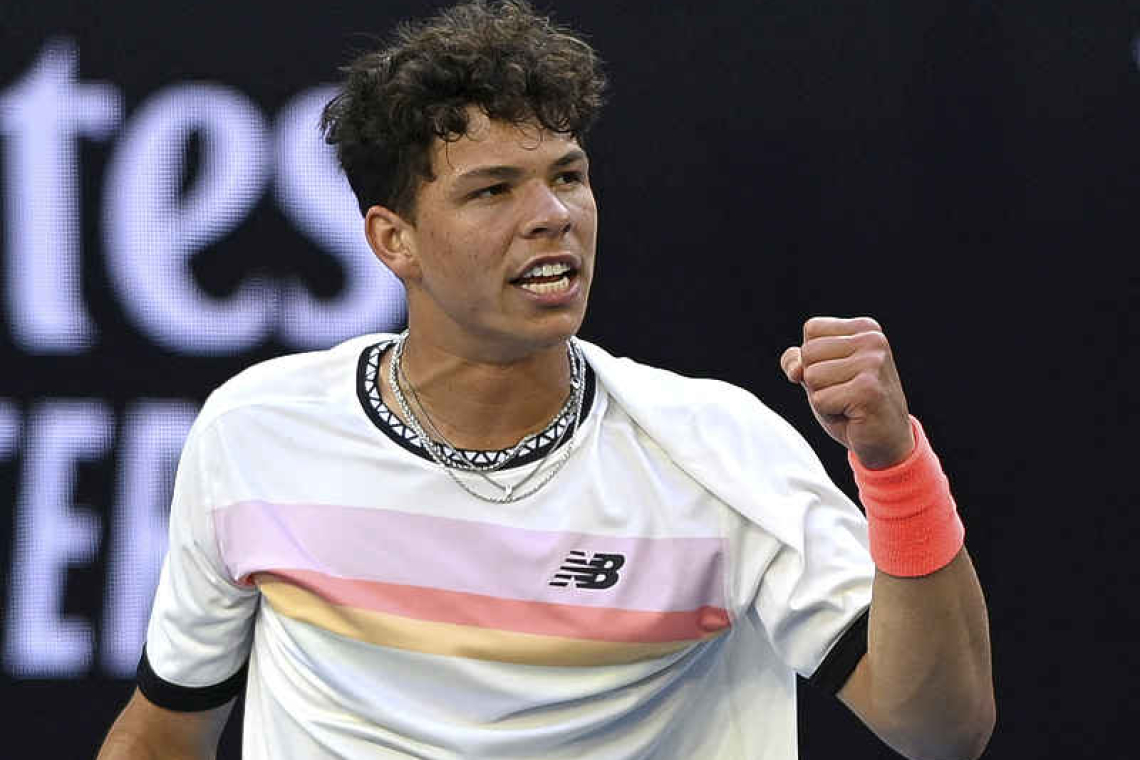 MELBOURNE-- American Ben Shelton extended his dream run at the Australian Open by overcoming compatriot J.J. Wolf in a five-set battle on Monday, exceeding his own low expectations he had about his first trip to Melbourne Park.

The 20-year-old Shelton had never travelled outside the United States until this year but he is making the most of his first international trip, having reached the quarter-finals in only his second Grand Slam main draw appearance.
"It's been a dream so far," Shelton said on court after his 6-7(5) 6-2 6-7(4) 7-6(4) 6-2 win on Monday. "It was definitely a gruelling match. I kind of paced myself emotionally and I was able to bring out some of my best tennis.
"Six months ago I wouldn't have made it through this match."
Shelton was ranked 570 last year but has now climbed up to 43 in the world rankings, and conceded his run in Melbourne has surpassed all expectations.
"It's definitely a surprise. I got on the plane with no expectations," Shelton, who will next face compatriot Tommy Paul, told reporters. "I feel great. It's been a pretty special week for me.
"I know that it's very hard to adjust to Australia from the United States just with the jet lag, time change and everything. It being my first time, I knew it would be a struggle.
"So I think it maybe has helped me a little bit kind of not having that expectation or the feeling that I have to perform, but being able to just go out there, be myself and play free. I think that's been a big contribution to my success."
Shelton and Paul, who beat Roberto Bautista Agut 6-2 4-6 6-2 7-5, join Sebastian Korda in the last eight, ensuring three American men will contest the quarter-finals for the first time since 2000.
In his Grand Slam debut at the U.S. Open in September, Shelton crashed out in the first round and struggled physically in a five-set defeat.
Shelton has already played two five-setters in his four matches in Melbourne so far but feels ready to push further when he takes on Paul.
"I'm in a pretty good place physically," Shelton said. "In the U.S. Open, I was really struggling. Five sets in the heat, I barely survived. My fitness wasn't near what I needed it to be.
"I've worked really hard these past five or six months to get to where I want to be. I'm still not there.
"But I feel pretty confident in my ability in the upcoming matches that I can go out there and I can last five sets with anybody."