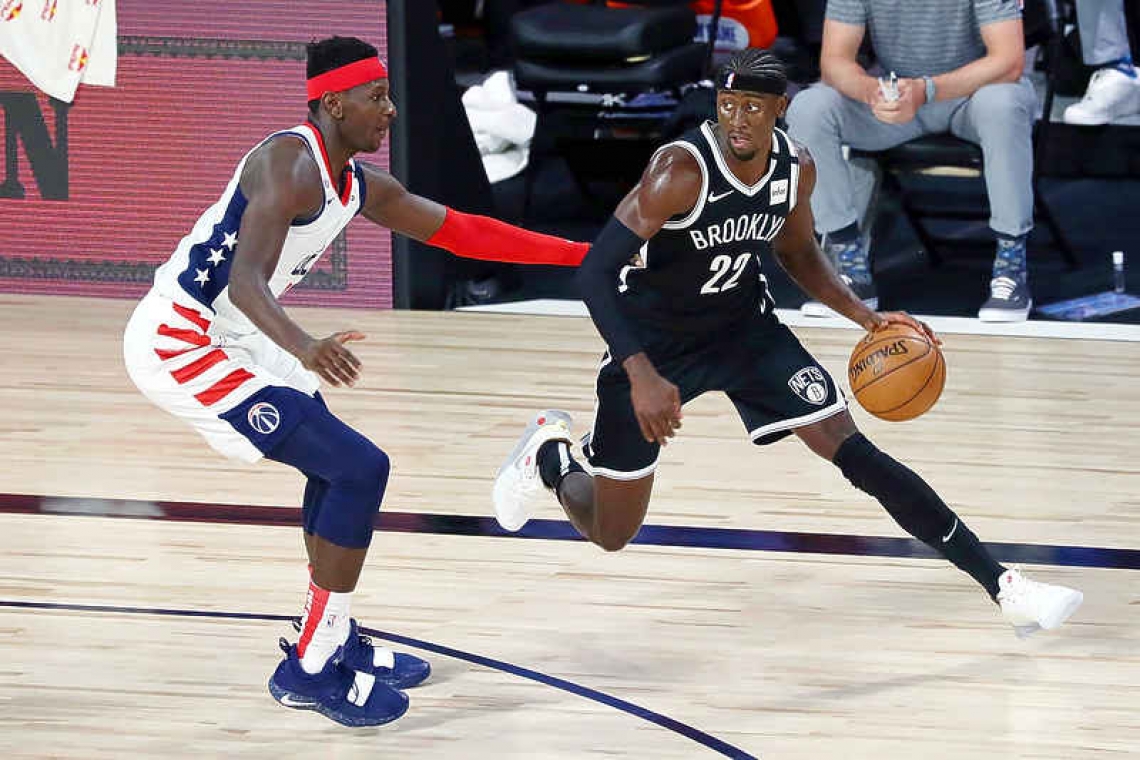 ORLANDO --Caris LeVert scored 34 points as the host Brooklyn Nets made all the plays down the stretch and recorded a pivotal 118-110 victory over the Washington Wizards on Sunday afternoon at HP Field House near Orlando.

The Nets (31-35) moved seven games ahead Washington (24-42) in the Eastern Conference. Should the eighth and ninth seeds finish within four games of each other, there will a play-in game.
LeVert helped the Nets close out the game with an 18-10 run over the final five-plus minutes. The game was tied at 100-100 on a hoop by Washington's Jerome Robinson with 5:27 remaining but LeVert asserted his will down the stretch.
LeVert gave the Nets lead for good at 102-100 by hitting a layup with 5:08 remaining. He hit another jumper and five free throws before clinching matters with a floater in the lane with 49.9 seconds left.
LeVert posted his fourth career 30-point game and scored 14 points in the final quarter when the Nets outscored Washington 35-25. He made 11 of 25 shots and converted 10 of 13 from the line.
LeVert had plenty of help as the Nets placed four players in double figures.
Joe Harris added a season-high 27 on 10 of 13 from the field, Jarrett Allen collected 22 and 15 rebounds while Chris Chiozza contributed 14 as Brooklyn shot 42.2 percent.
Thomas Bryant led Washington with 30 points and 13 rebounds. Troy Brown Jr. nearly collected his first triple-double with 22, 10 rebounds, and eight assists. Ish Smith added 14 while Robinson contributed 12 as Washington shot 45.5 percent from the floor.
The Nets missed 11 of their first 12 shots of the game but outscored Washington 22-10 over the final eight minutes and held a 24-21 lead after one. Washington forged a 54-54 tie by halftime on a corner 3-pointer by Bryant with seven seconds remaining and then held an 85-83 lead entering the fourth.
Washington took a 96-92 on two free throws by Bryant with 7:52 left but the Nets quickly countered and forged a 98-98 deadlock on a 3-pointer by Harris less than a minute later before LeVert took over.