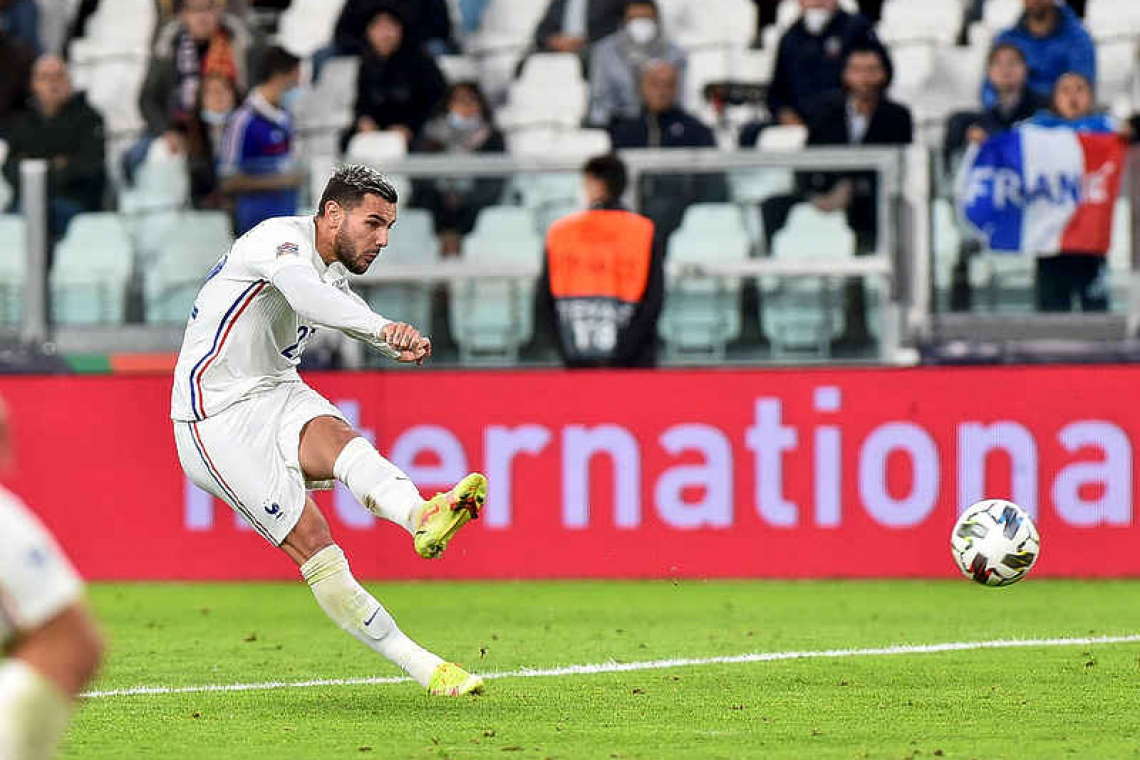 TURIN, Italy-- World champions France recovered from two goals down to beat Belgium 3-2 in a thrilling Nations League semi-final on Thursday with a last minute strike from Theo Hernandez securing a place in Sunday's showpiece match against Spain.

In a crazy end to the game Belgium thought they had won the pulsating contest minutes earlier but Romelu Lukaku's late effort was ruled out for offside by VAR.
Yannick Carrasco fired Belgium ahead in the 37th minute, cutting in front from the left flank and then surprising Hugo Lloris, firing past the wrong-footed French goalkeeper at the near post.
Three minutes later Lukaku doubled the lead with a superbly taken goal, turning sharply to loose his marker Lucas Hernandez and than blasting a thunderous drive past Lloris from a tight angle.
The 2-0 scoreline at the interval was somewhat harsh on France who had played some attractive football, with Kylian Mbappe and Karim Benzema linking up well with Antoine Griezmann in the three-pronged attack.
It was Benzema who brought France back into the game in the 62nd minute, brilliantly twisting and turning to find space to drill home a shot from the edge of the box after excellent work from Mbappe.
Mbappe, who had not scored in his last six internationals, then equalised with a penalty after German referee Daniel Siebert went to the pitchside monitor before ruling that Youri Tielemens had caught Griezmann's foot as he challenged him.
France were on top and searching for the winner but three minutes from the end of normal time Lukaku looked to have won it for Belgium, steering home a cross from Carrasco, but the goal was ruled out by VAR for offside.
Paul Pogba then hit the top of the post with a curling free-kick before Les Blues grabbed victory with a 90th minute strike.
Mbappe and Griezmann lined up down the right, the overlapping Benjamin Pavard fired in a low cross which an off-balance Toby Alderweireld could only get a slight touch on, diverting the ball to Theo Hernandez who set himself before beating keeper Thibaut Courtois with a pinpoint low drive.
"We were unlucky in the first half. We sat back a little too much," said France manager Didier Deschamps.
"They had a good period for 20 minutes but after that we were not in danger and had a lot of chances. The result shows the character of the team. We were here to play the final and here we are," he added.
Spain beat European champions Italy 2-1 in Wednesday's semi-final.