US reports spike in weapons smuggling to Haiti, Caribbean 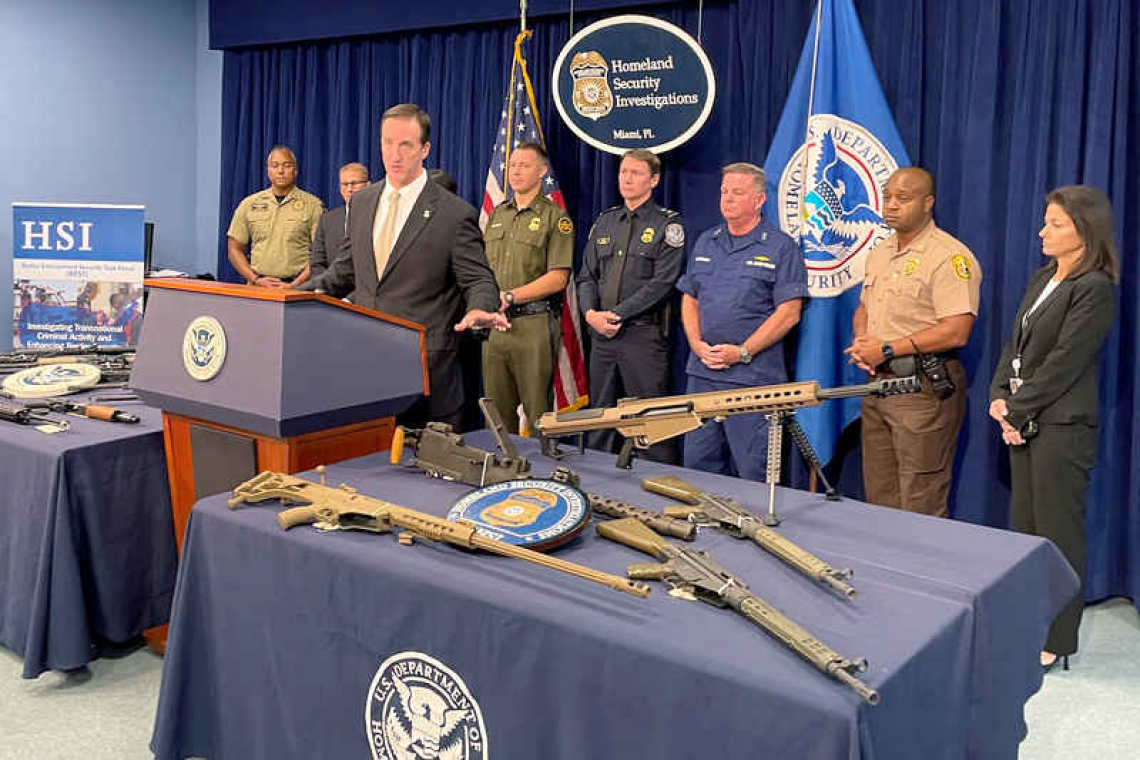 Anthony Salisbury, Special Agent in Charge of Homeland Security Investigations Miami, speaks as weapons seized by US authorities that had been destined for illegal export to Haiti are displayed at a news conference in Miami, Florida, on August 17. Photo credit Reuters/Brian Ellsworth.


MIAMI, Florida--US authorities have seen a spike in weapons smuggling to Haiti and the Caribbean in recent months, officials said on Wednesday, promising to boost efforts to combat the trade that is fuelling rampant gang violence in Haiti and rising crime in the region.
The announcement follows several bloody outbreaks of gang violence in Haiti that included gun battles in downtown Port-au-Prince, and comes as countries such as The Bahamas and Jamaica are reporting rising incidence of gun-linked homicides.

“Not only have we seen a marked uptick in the number of weapons, but a serious increase in the calibre and type of firearms being illegally trafficked,” said Anthony Salisbury, Special Agent in Charge of Homeland Security Investigations Miami.
“We have been ramping up our efforts to stem the flow of illicit weapons into Haiti and the Caribbean,” he said, flanked by officials from other agencies, including the Coast Guard and Customs and Border Protection.
A display of seized arms that were destined for Haiti included handguns and an array of semi-automatic weapons, one of which officials identified as a sniper rifle.
Legal export of weapons from the United States typically requires licences from US authorities. Haiti is still subject to a 1990s arms embargo, which has been amended to allow some exceptions for exports of weapons to Haitian security forces.
Guns are frequently acquired in the United States via straw buyers, some of whom identify themselves as the ultimate end users of the guns but later illegally export them.
A string of recent arms-trafficking scandals in Haiti, including last month’s discovery of weapons in a shipping container labelled as church donations, ignited anger over a steady flow of guns.
That seizure followed a vicious turf war in the coastal town of Cité Soleil in July that left more than 471 people dead, wounded or missing. ~ Reuters ~