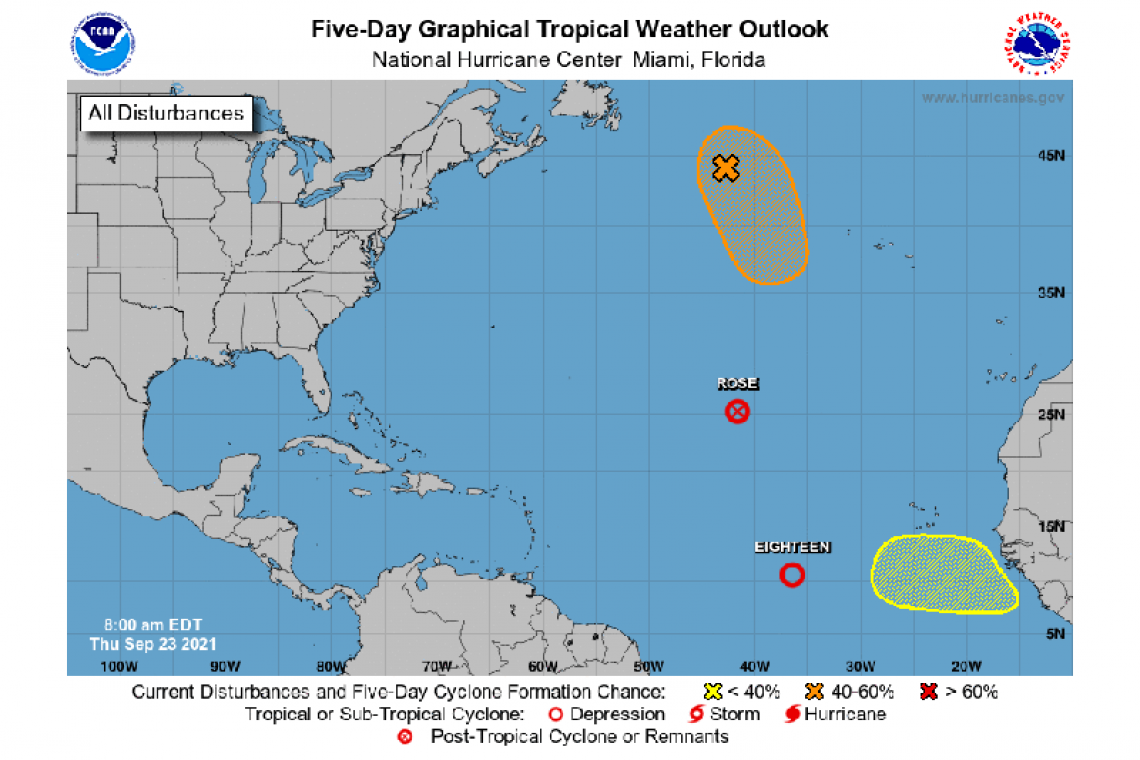 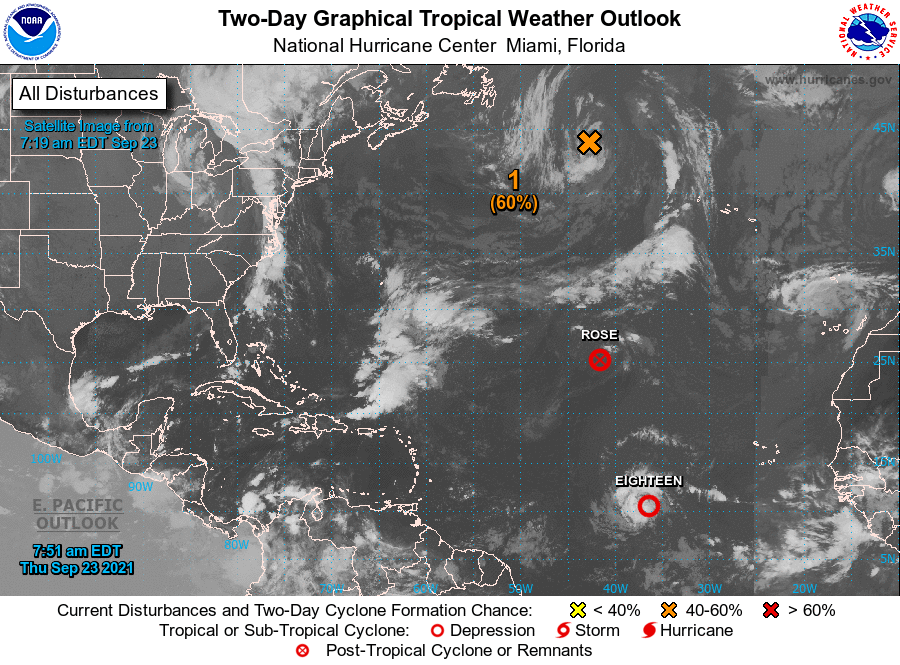 The National Hurricane Center is issuing advisories on Tropical Depression Eighteen, located about 1800 miles east-southeast of the northern Leeward Islands.

The National Hurricane Center has issued the last advisory on Post-Tropical Cyclone Rose, located more than 1300 miles west-northwest of the Cabo Verde Islands.

1. A gale-force, non-tropical low pressure system, the remnants of Odette, is located a little more than 600 miles west-northwest of the westernmost Azores. While showers and thunderstorms remain limited near the low, only a small increase in this activity could result in the formation of a subtropical or tropical cyclone while it moves generally southward over marginally warmer waters during the next day or two. Strong upper-level winds are expected to develop over the system by this weekend, which should then limit further development.

2. Another tropical wave is expected to move off the west coast of Africa by the end of the weekend. Thereafter, environmental conditions are forecast to be conducive for gradual development of this system as it moves westward at 10 to 15 mph over the far east Atlantic.