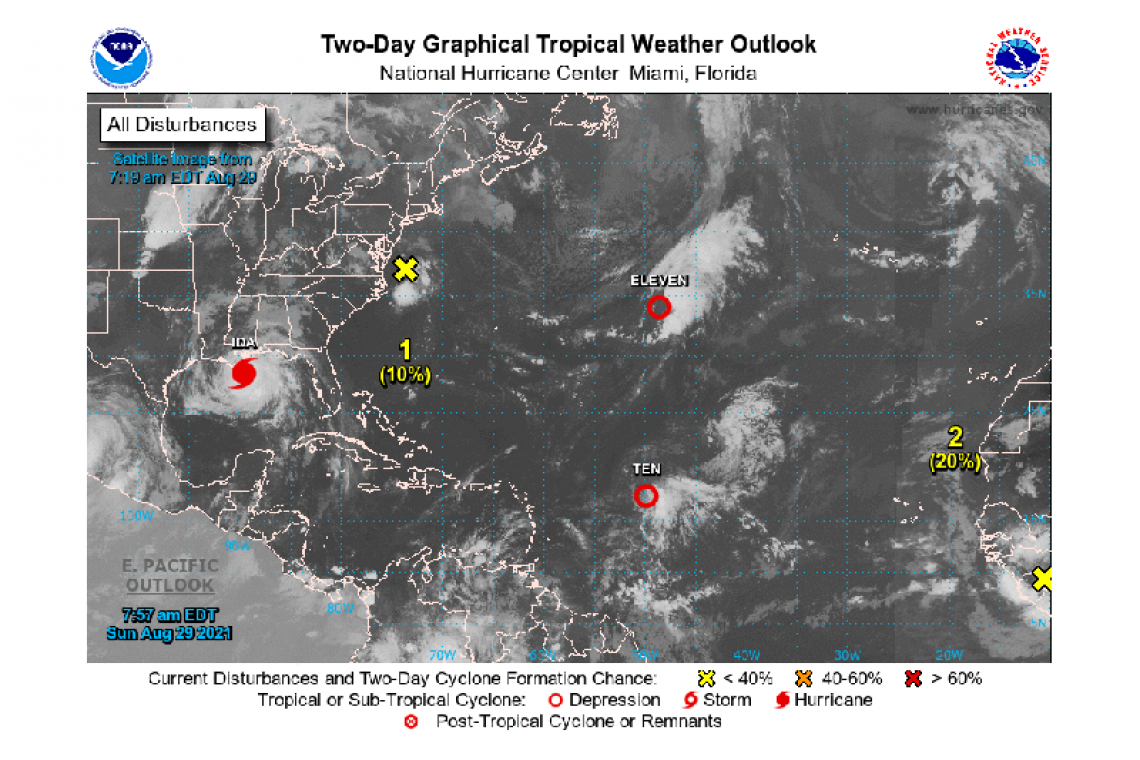 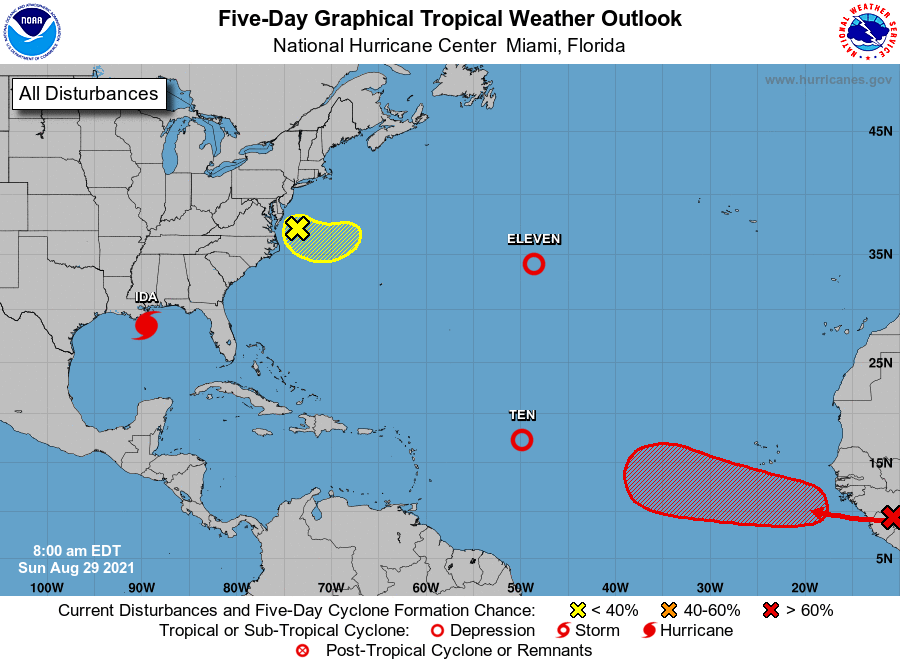 1. A broad area of low pressure located just east of the Delmarva Peninsula is producing a few disorganized showers and thunderstorms over the warm Gulf Stream waters. Environmental conditions appear favorable for some slow development over the next few days as this system drifts southeastward and then eastward, moving away from the east coast of the United States.

2. A tropical wave is expected to emerge off the coast of west Africa by Tuesday. Environmental conditions appear conducive for development once the wave moves offshore, and a tropical depression is likely to form toward the end of the week while the system moves west-northwestward at 10 to 15 mph over the eastern tropical Atlantic.