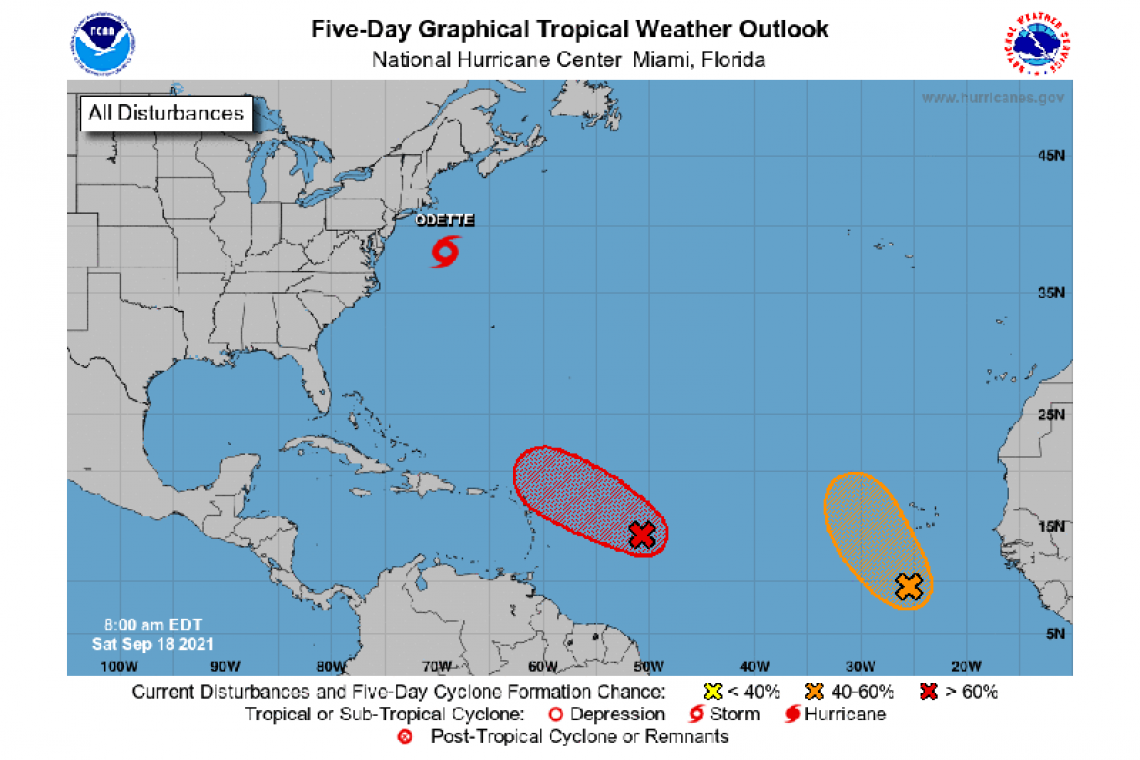 1. Showers and thunderstorms continue to become better organized in association with an area of low pressure located about 650 miles miles east-southeast of the northern Leeward Islands. Environmental conditions are expected to be conducive for further development during the next day or two, and a tropical depression or tropical storm is expected to form later today or tonight while the system moves toward the west-northwest at about 15 mph. This system is expected to be near the northern Leeward Islands on Monday and Tuesday, and interests there should monitor its progress. Upper-level winds are likely to become less conducive for development when the syste reaches the southwestern Atlantic by the early to middle part of next week. 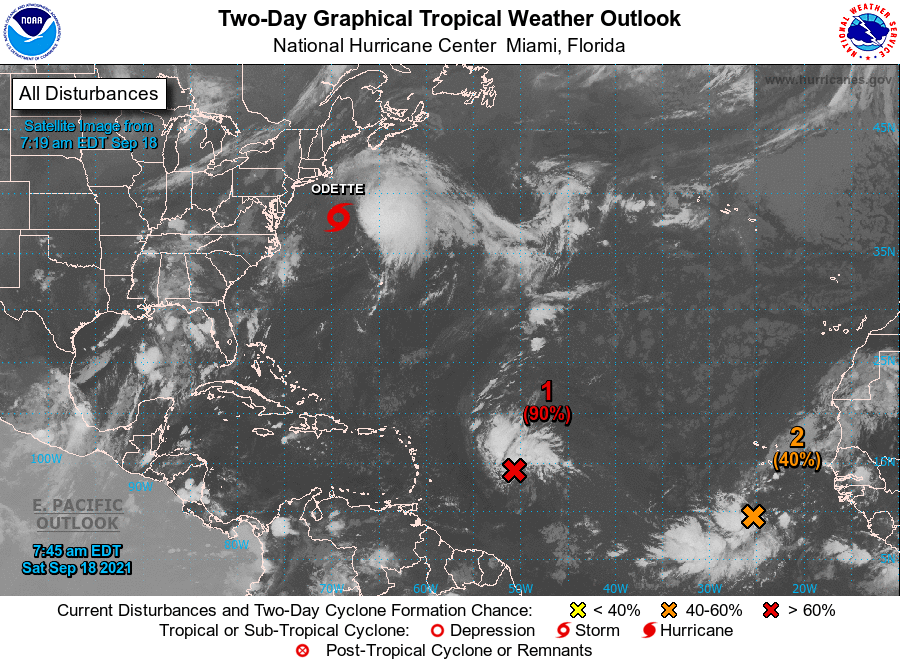 2. A broad area of low pressure is located over the far eastern Atlantic a few hundred miles south of the Cabo Verde Islands. The associated shower and thunderstorm activity has become a little better organized since yesterday, and environmental conditions appear conducive for further development during the next couple of days. A tropical depression could form while the system moves northwestward at about 10 mph to the west of the Cabo Verde Islands before it reaches cooler waters and stronger upper-level winds early next week.