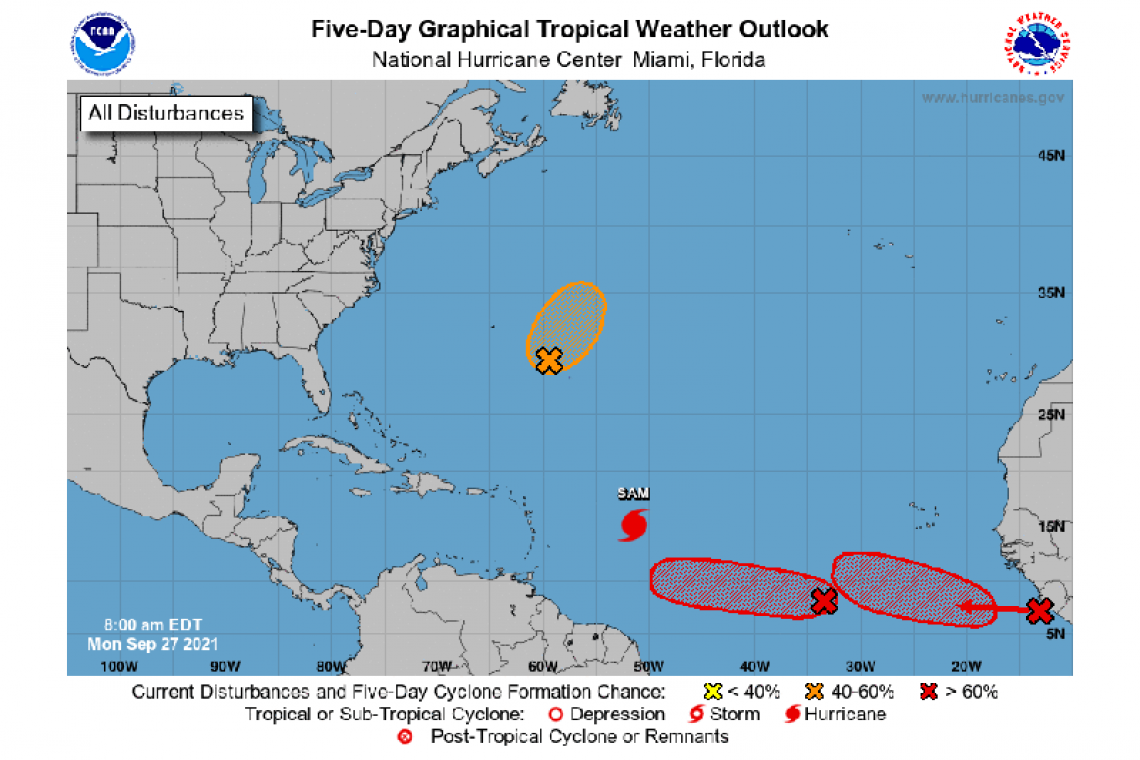 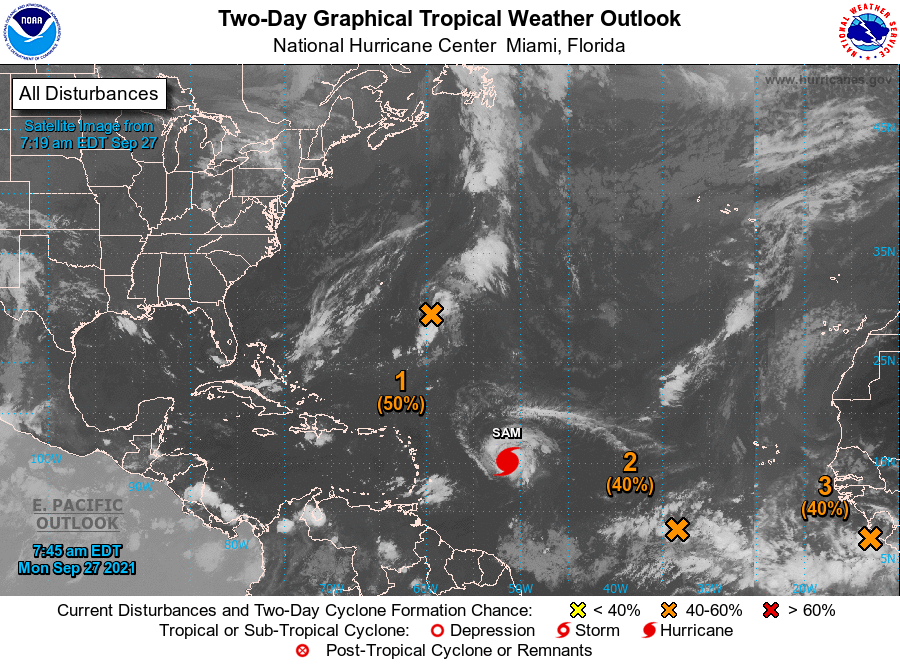 An elongated area of low pressure associated with the remnants of Peter is located a few hundred miles east-southeast of Bermuda. Showers and thunderstorms associated with this system have changed little in organization since yesterday. However, environmental conditions are marginally conducive for some further development, and Peter could briefly become a tropical depression again during the next day or two while it moves northeastward near 10 mph. By midweek, environmental conditions are expected to become unfavorable for further development.

Disorganized showers and thunderstorms are associated with a broad area of low pressure located several hundred miles southwest of the Cabo Verde Islands. Environmental conditions are forecast to be conducive for further development of this disturbance, and a tropical depression is likely to form in a few days while it moves westward to west-northwestward at 5 to 10 mph over the central