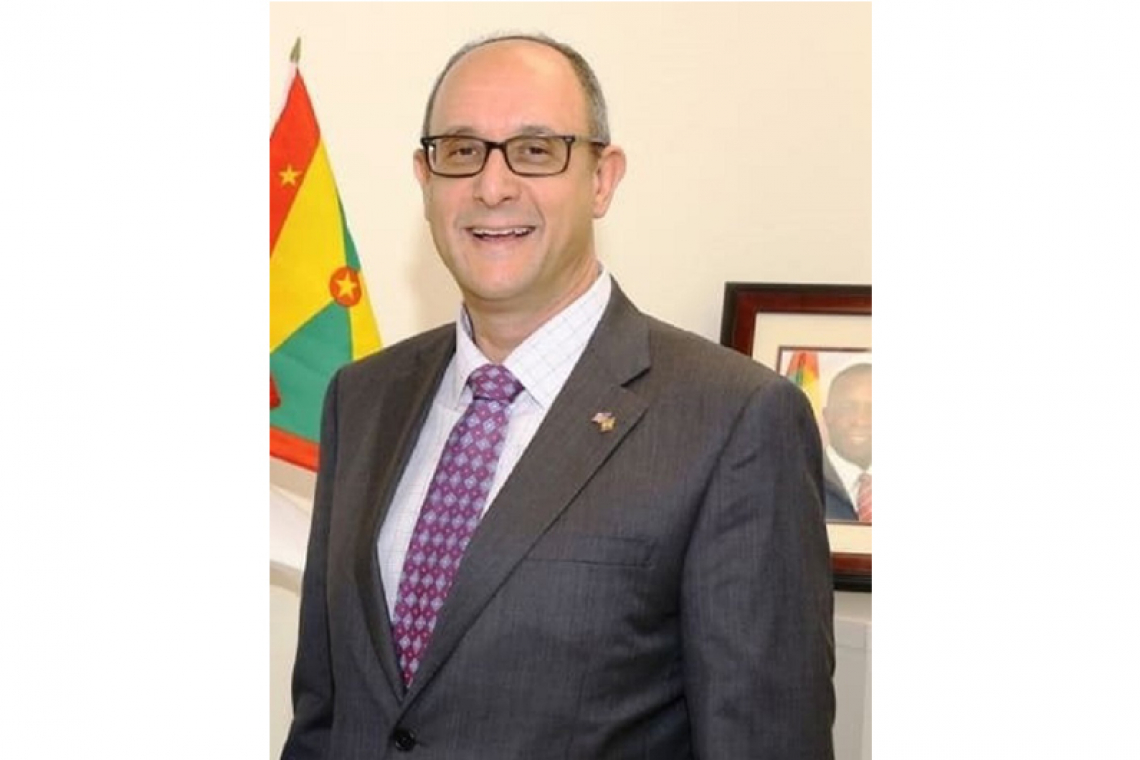 MIAMI/GRENADA--Warren Newfield, a prominent investor, mining executive and hotel developer, who has served since 2015 as ambassador-at-large for Grenada and one of the Caribbean nation’s three consuls general in the United States, announced his resignation on Thursday from both posts, citing the Grenadian government’s increasingly volatile and costly obstruction of foreign investment and business in the country.

In a letter to Minister of Foreign Affairs Oliver Joseph, Newfield writes that “the country’s leadership, previously having the nation’s best interests at heart and welcoming foreign investment and economic development, has been transformed into an anti-business regime.”

Newfield says in his resignation, “I hope you and others will take this action as it is intended – as an appeal to restore reason and the rule of law to the government and bring us back to a place where progress is possible in Grenada.”

Newfield’s letter can be found at

Grenada, a nation of about 110,000, is located at the southern end of the Caribbean island chain, about 100 miles north of Venezuela.

A native of South Africa who enjoyed a successful career in the country’s mining sector, Newfield obtained Grenadian citizenship himself and has worked tirelessly in his role as a business and diplomatic representative to bring foreign investment to the island, notably in the hospitality and service sectors. Tourism is a vital component of the country’s economy.

Newfield has been the primary driver behind Kimpton Kawana Bay, a five-star resort under development for investors in Grenada, who then become eligible to obtain Grenadian citizenship through the government’s advantageous Citizenship by Investment programme.

Serving without salary or other compensation, Newfield has raised tens of millions of dollars for the Grenadian economy, resulting in the creation of hundreds of jobs for island residents.

“From my office in Miami, [Florida – Ed.],” Newfield writes in his resignation letter, “I have had the privilege of heading one of only three missions to officially represent our island in the United States. Our efforts were paying off in the form of significant new tourism development projects and real estate investment, among other areas.

“Grenada and its citizens have become extremely dear to me. As a Grenada citizen myself, I have undertaken my duties with a strong sense of responsibility to help advance economic growth, business opportunity and investment to our island.”

Approximately 92 per cent of the Kawana Bay’s available units have been sold or committed for sale by international investors ahead of the project’s completion, a remarkable success rate despite the impossibility of on-site visits during the pandemic. Construction continues.

Newfield says, “My own business interests are hardly the only ones to be damaged by the regime’s disregard for investor rights. Kawana Bay and other projects like it in Grenada have repeatedly been the targets of impulsive, often contradictory government meddling that shows a complete disregard for the nation’s laws as well as international treaty agreements.”

Political interference and bureaucratic obstacles have taken a toll far beyond Newfield. Grenada has slid precipitously in the World Bank’s annual “ease of doing business” rankings – the country now sits at 146th out of 190 countries globally, and fourth lowest in the Americas. Most recently the government had to pay EC $65 million – a substantial sum relative to its national budget – after an unfavourable ruling at the International Centre for Settlement of Investment Disputes, the result of an absolute disregard of its obligations with the then controlling shareholder of the island’s electric utility, known as Grenlec.

In his resignation letter Newfield concluded, “I am proud of the spirit with which we began our mission and of the progress we made in getting world-class investors and brands to see the best in Grenada.

“I wish nothing more than a level and rational playing field for those who wish to do business, create jobs and grow the economy in order to ensure a bright future for the youth of our wonderful country.”