...LISA BECOMES A HURRICANE WHILE HEADED FOR BELIZE... 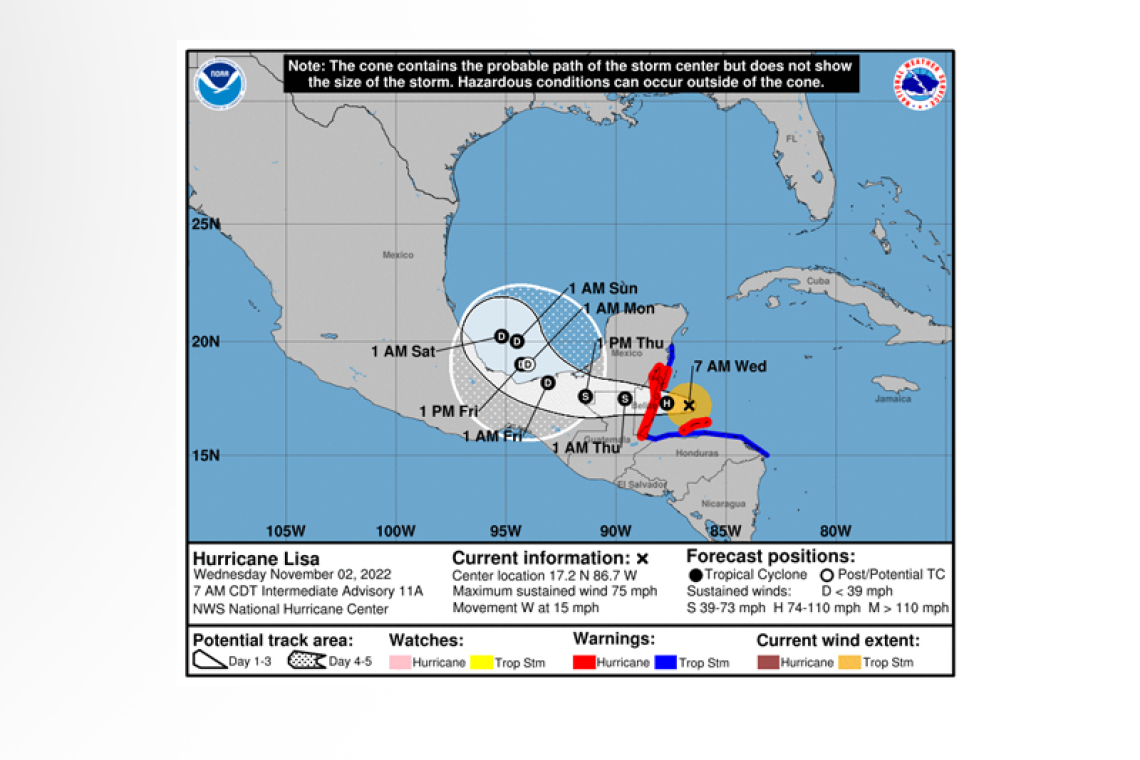 * The coast of Belize

A Hurricane Warning means that hurricane conditions are expected somewhere within the warning area. Preparations to protect life and property should be rushed to completion.

A Tropical Storm Warning means that tropical storm conditions are expected somewhere within the warning area within 24 hours.

Interests elsewhere in Central America and the Yucatan Peninsula of Mexico should monitor the progress of Lisa.

For storm information specific to your area, please monitor products issued by your national meteorological service.

At 700 AM CDT (1200 UTC), the center of Hurricane Lisa was located near latitude 17.2 North, longitude 86.7 West. Lisa is moving toward the west near 15 mph (24 km/h). This general motion with some decrease in forward speed is forecast during the next couple of days. On the forecast track, the center of Lisa will move just north of the Bay Islands of Honduras this morning, make landfall in Belize later today, and then cross northern Guatemala and move into southeastern Mexico by Thursday. 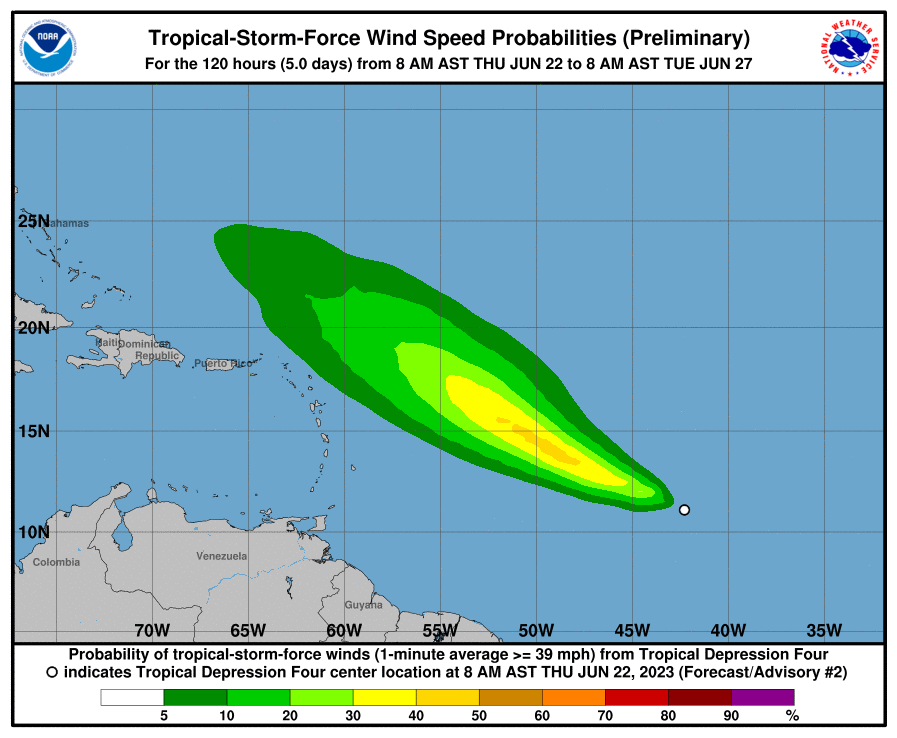 Reports from an Air Force Hurricane Hunter aircraft indicate that the maximum sustained winds have increased to near 75 mph (120 km/h) with higher gusts. Additional strengthening is forecast as Lisa approaches Belize. Weakening is expected after the center makes landfall.

Tropical-storm-force winds extend outward up to 70 miles (110 km) from the center.

RAINFALL: Lisa is expected to produce rainfall amounts of:

2 to 4 inchs with local amounts to 6 inches across the far southeastern portion of the Yucatan Peninsula, northern Honduras, and central Guatemala.

1 inch with local amounts to 2 inches across portions of the Cayman Islands and eastern Nicaragua.

STORM SURGE: A storm surge will likely raise water levels by as much as 4 to 7 feet above normal tide levels near and to the north of where the center of Lisa crosses the coast of Belize and extreme southeastern portions of the Yucatan Peninsula. Elsewhere, a storm surge of 2 to 4 feet is possible within the Tropical Storm Warning area in eastern Yucatan and 1 to 3 feet for the Bay Islands of Honduras. Near the coast, the surge will be accompanied by large and damaging waves.

SURF: Swells generated by Lisa are expected to affect Jamaica, the Cayman Islands, and portions of Central America during the next couple of days. These swells could cause life-threatening surf and rip current conditions. Please consult products from your local weather office.