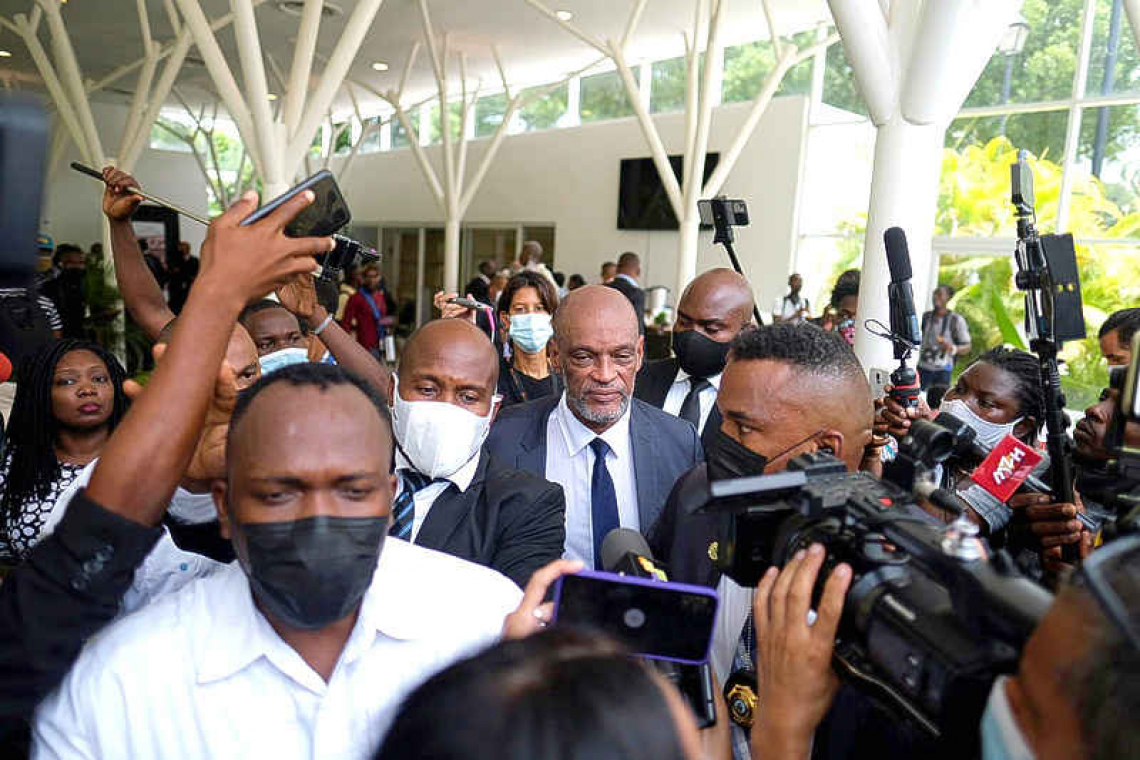 Ariel Henry, tapped by late Haitian President Jovenel Moïse to be the new prime minister just days before he was assassinated, arrives at the official memorial services for Moïse, in Port-au-Prince, Haiti, on July 20. Photo credit: Reuters/Ricardo Arduengo.

Henry assumed the role of de-facto leader of the Western Hemisphere’s poorest nation in a ceremony in the capital Port-au-Prince, where he began his inaugural speech with a minute of silence for the slain president.

Haiti has been struggling with lawlessness fuelled by violent gangs and Henry said he wants to create conditions for as many people as possible to vote in elections, currently scheduled for September.

“It’s time for unity and for stability,” Henry said.

Outgoing former Prime Minister Claude Joseph said Henry’s appointment was intended to facilitate elections, which were last held in 2016. He also warned of a tough task ahead.

“You’re inheriting an exceptional situation characterised by the absence of a president to serve as your shield, a political crisis unprecedented in the history of the country, galloping insecurity [and – Ed.] a morose and precarious economic situation,” Joseph said.

Both Henry and Joseph stressed the government needed to restore order and security as well as work to strengthen an economy wrecked by crime and the coronavirus pandemic.

The ceremony on Tuesday took place as official memorial services began for Moïse, who was killed on July 7 in the middle of the night at his private residence in Port-au-Prince by a group of more than 20 mostly Colombian mercenaries.

The leader’s own security chief, some Haitian police officers and a couple of Haitian Americans have been taken into custody on suspicion of involvement in the conspiracy to murder the president.

Henry, a 71-year-old neurosurgeon, was tapped by Moïse to be the new prime minister just days before he was assassinated, but was not then formally sworn in to the position.

Joseph held onto the post of prime minister in the immediate aftermath of the assassination despite criticism from domestic political opponents, who accused him of pursuing a reckless power grab. Joseph has returned to his previous job as foreign minister, just as several other ministers are expected to keep their old portfolios for now.

Moïse’s wife Marine Moïse, who was also shot, arrived back in Haiti over the weekend after being treated for her wounds at a hospital in Miami, Florida. ~ Reuters ~