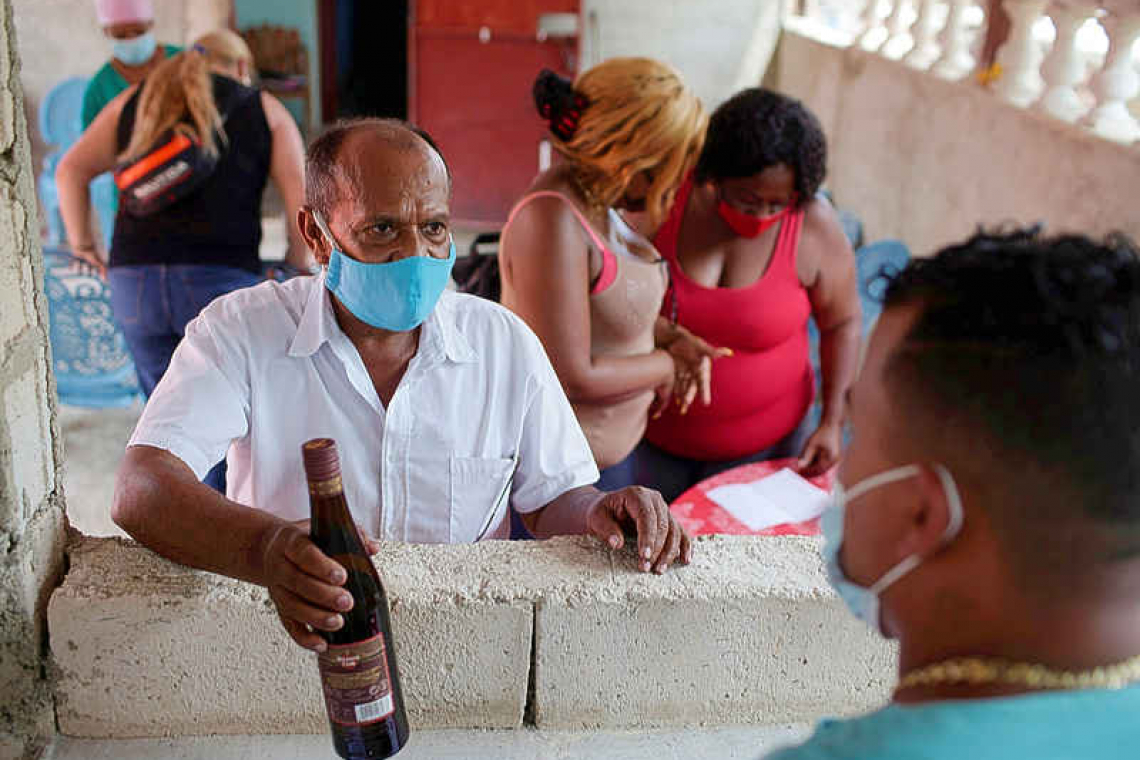 HAVANA, Cuba--Dayana Rodriguez says her son is overwhelmed with scabies but she has not been able to find any of the treatments prescribed by their doctor at the poorly-stocked pharmacies in Havana, so she is now turning to a herbal remedy instead.

Even as Cuba is leading the race to become the first country in Latin America to develop its own COVID-19 vaccine, the country is suffering acute shortages of basic medicines amid its worst economic crisis in decades.

“There aren’t any of the ones they prescribed him – Benzyl benzoate or the other one for itching too that used to be in all the pharmacies,” said Rodriguez, buying medicinal plants at a shop on a commercial boulevard in Central Havana.

Nine families in Havana told Reuters they were struggling to treat outbreaks of scabies, a highly infectious yet preventable skin disease, due to medicine shortages.

Three doctors consulted by Reuters who declined to be named said they had resorted to advising their patients to boil up a mix of herbs to apply to their skin to provide temporary relief for scabies as it was futile to prescribe medicines that are scarce. One of those doctors also recommended a veterinary treatment for one of his patients.

Cuba’s healthcare system, built by late leader Fidel Castro, is one of the revolution’s most treasured achievements, having produced results on a par with rich nations using the resources of a developing country and in spite of the decades-old US trade embargo.

But cash woes in the ailing state economy since the fall of former benefactor the Soviet Union have taken their toll on both healthcare facilities and the availability of medicine.

Over the past few years, the decline in aid from ally Venezuela, new US sanctions and the pandemic have plunged Cuba into its worst economic crisis since the 1990s.

Health Minister Jose Portal reported on state television last year that as of June around 116 basic medicines were scarce. Of those, 87 were produced locally and 29 imported. Florencio Chavez, who has run a medicinal plant shop for 25 years, recommends guacamaya francesa, cundeamor, neem and/or Parthenium hysterophorus to treat scabies. He says demand for herbal remedies has risen in recent years.

Cubans have also set up groups on social media to barter medicines or other products for those they need, while the black market is thriving on the streets and online.

Cuban authorities started talking about chronic shortages of drugs, including basic ones like those treating hypertension and contraceptives, due to a cash crunch in 2017, saying it had had to slash imports of inputs necessary for local production.

Last year, the country said shipping delays due to the pandemic had exacerbated the situation, as had US sanctions.

While medicine is theoretically exempt from sanctions, the sanctions still are a strong disincentive to overseas medical providers, who might risk being fined, and the embargo hurts the economy across the board so there is less cash for imports.

Some senior citizens like Yolanda Perez (80), who suffers from glaucoma, complain they do not have the stamina needed to line up at pharmacies overnight in the hope of grabbing their share of scant deliveries.

“It’s been six months since I was last able to get my latanoprost,” the drug that helps prevent her from going blind, she said.

Authorities in the eastern province of Holguin in January warned Cubans not to turn to the black market though because some drugs were not what they advertised and could even be harmful.

“The problem is people are despairing over the lack of medicine,” wrote a reader identified as Arcela under an article on the topic in state outlet Juventud Rebelde. She said her sister had had to buy black market antibiotics.

“That’s why they resort to these methods.” ~ Reuters ~