Another overcrowded sloop seized off Providenciales 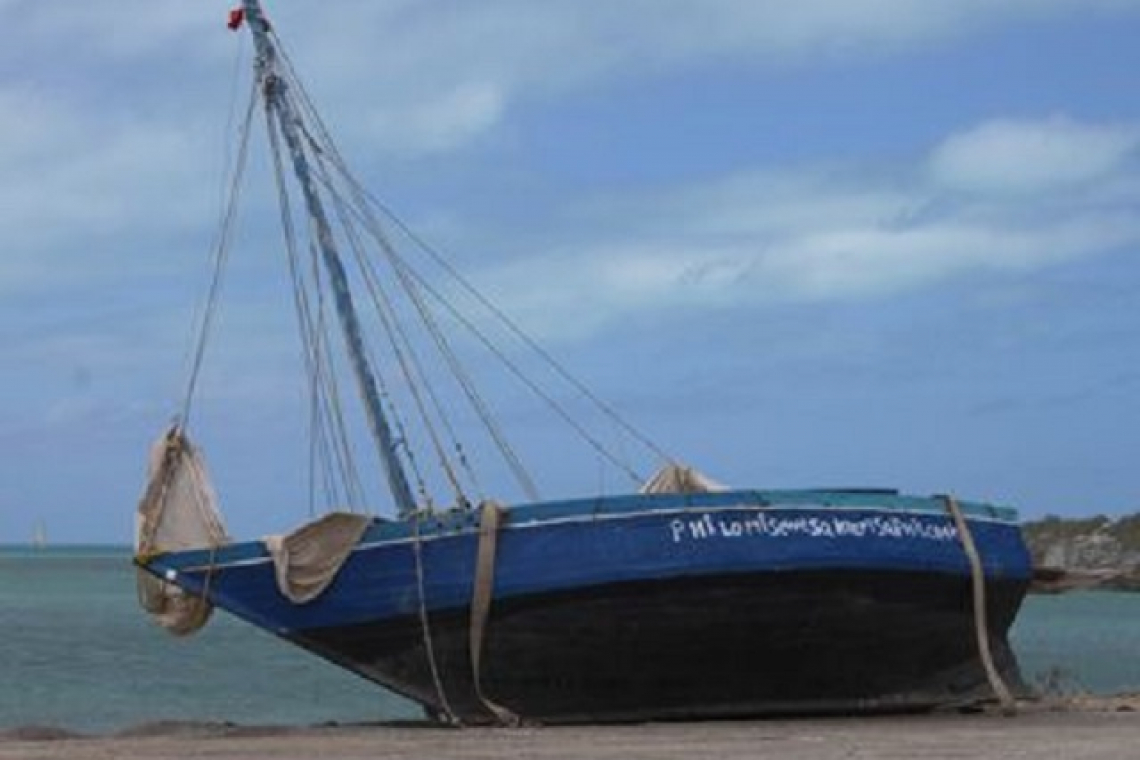 File photo of a sloop on a beach in the TCI, of the type used to smuggle persons.

PROVIDENCIALES, Turks and Caicos--Police intercepted a fifty-foot wooden boat near Lil’ Bluff in Providenciales just after 1:00am on Sunday, March 21, with 138 people crammed on board.

A police press release explained that the Coastal Radar System detected the undocumented vessel off the south-west of Providenciales and the police Marine Branch was informed.

Officers on police boats Sea Guardian and Sea Pursuit intercepted the blue and red sloop with 106 men and 32 women on board at 1:13am and towed it to South Dock Port.

About 4:00am the men and women, who had travelled 190 miles from Haiti, were examined by the Ministry of Health official who was present at the dock.

They were then loaded onto vans for transport to the Detention Centre, where they were handed over to immigration officials for interviews, photographs and fingerprints.

“The operation was conducted without incident,” the press office said.

At 6:00am, officers proceeded to the North West Point and the Priton Housing areas of Providenciales to search for evidence of a possible landing. However, nothing was found.

The radar operator later confirmed that there was no sighting of another vessel.

Minister of Immigration, Citizenship, Labour and Employment Services, Arlington Musgrove said: “These voyages are very unsafe and can lead to substantial loss of life. Please stop this and seek to gain entry the correct way.

“As you all can see, we will catch you and we will prosecute and repatriate you. As I said before, we are putting measures in place to bring a stop to this illegal practice.”

Director at the Department of Immigration, Derek Been, told the Weekly News on Monday, March 22, that most of those who had arrived in the Turks and Caicos Islands (TCI) on the boat had been repatriated.

Anyone with information on illegal migration can call 911 or contact Crimestoppers on 1-800-222-8477. ~ Turks and Caicos Weekly News ~