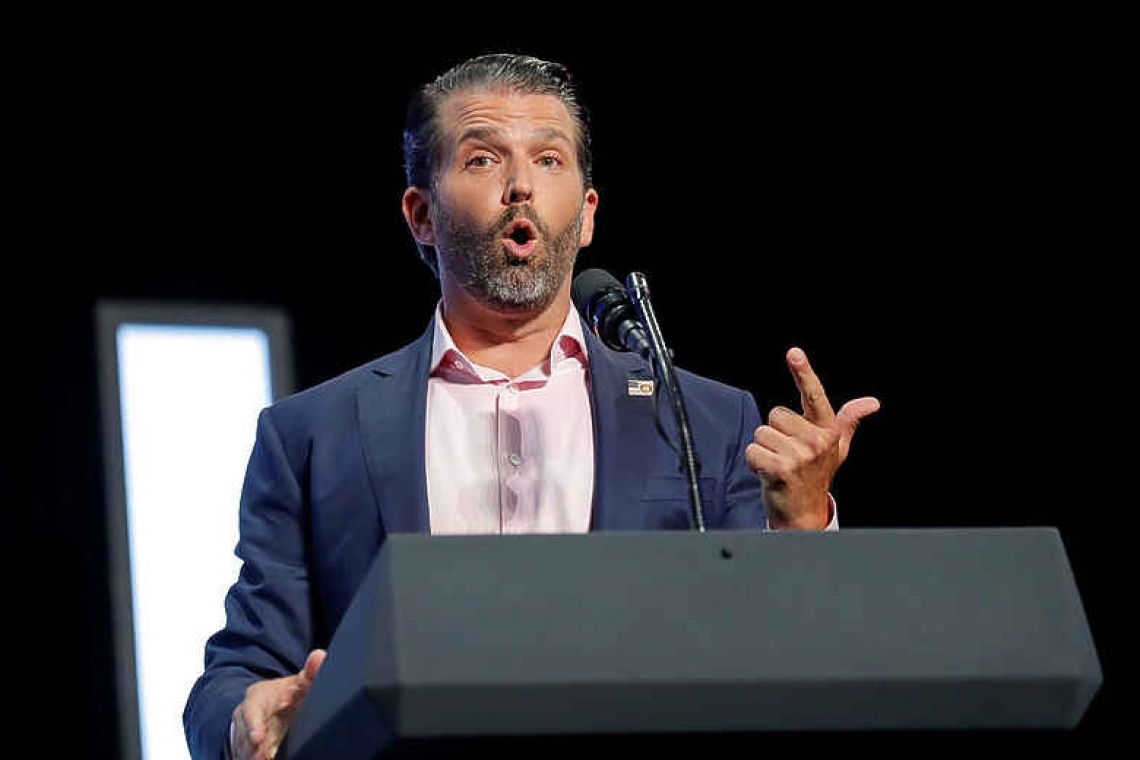 WASHINGTON--Twitter Inc said on Tuesday it had restricted Donald Trump Jr.'s ability to tweet from his account for 12 hours, after it required him to delete a post that violated the social media site's policy on coronavirus misinformation.

The eldest son of U.S. President Donald Trump posted a since-deleted tweet on Monday with a viral video of doctors talking about the drug hydroxychloroquine. The video was posted by others on Facebook Inc and Alphabet Inc-owned YouTube and taken down for breaking those sites' rules on COVID-19 misinformation after racking up tens of millions of views.
The U.S. Food and Drug Administration last month revoked its emergency-use authorization for hydroxychloroquine to treat COVID-19 after several studies cast doubt on its effectiveness. The president regularly promoted the drug and said he had used it himself.
"It is beyond the pale for Twitter to silence someone for sharing the views of medical professionals who happen to dissent with their anti-hydroxychloroquine narrative," said Andy Surabian, a spokesman for Donald Trump Jr.
President Trump retweeted to his 84 million followers a post on Monday containing a link to the misleading video, which was also deleted as part of Twitter's enforcement actions. The White House did not respond to a Reuters request for comment.
The president also retweeted a post accusing Dr. Anthony Fauci, the nation's top infectious disease expert, of suppressing the use of hydroxychloroquine. Fauci, who directs the National Institute of Allergy and Infectious Diseases, said on Tuesday he has "not been misleading the American public under any circumstances."
In the misleading video, doctors touted hydroxychloroquine as a cure for COVID-19 and discounted the need for face masks against the pandemic. The right-wing news site Breitbart News, which posted the video, also showed a screenshot of its 17 million video views on Facebook before it was taken down.
"It took us several hours to enforce against the video and we're doing a review to understand why this took longer than it should have," said a Facebook spokesman.