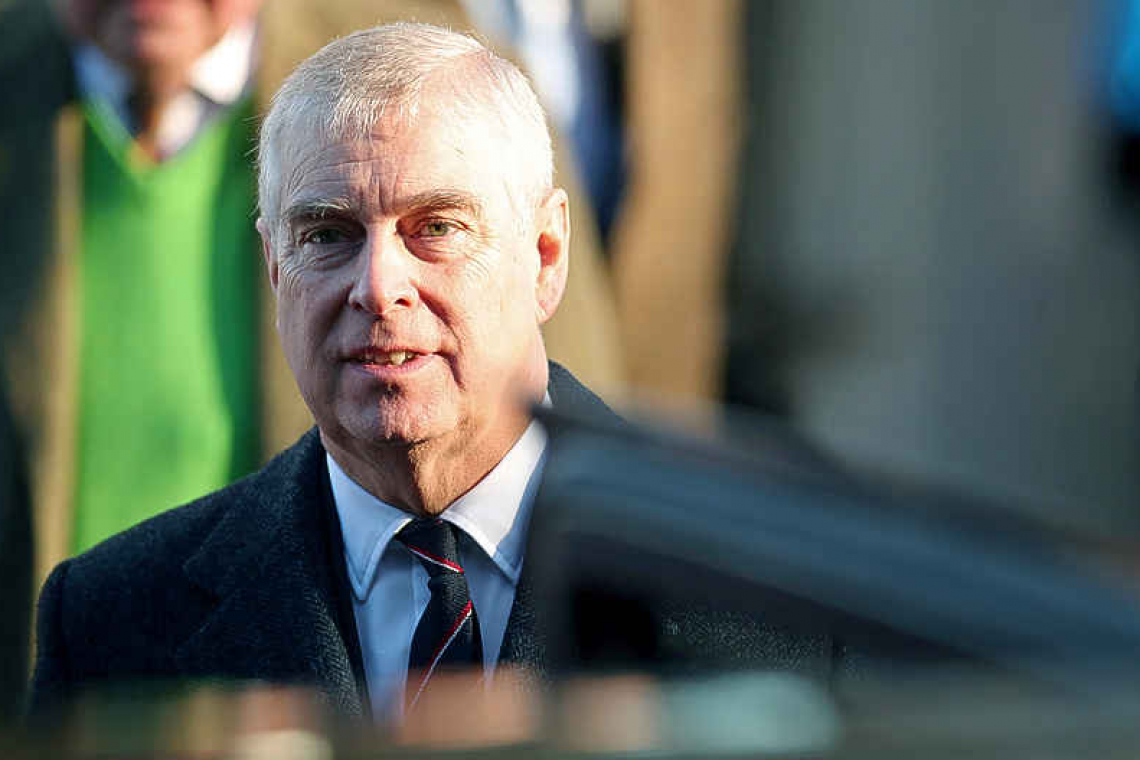 NEW YORK--A U.S.-based lawyer for Britain's Prince Andrew on Monday forcefully rejected claims in a civil lawsuit by a woman who accused the prince of sexually assaulting her when she was 17, and challenged whether the case could even be brought.

At a hearing in the U.S. District Court in Manhattan, the prince's lawyer Andrew Brettler also said the plaintiff Virginia Giuffre appeared to have in 2009 signed away her right to sue Queen Elizabeth's second son in resolving a separate lawsuit.
Giuffre, 38, has said Andrew's abuse occurred about two decades ago, around when the financier Jeffrey Epstein was sexually abusing her. Andrew, the Duke of York, has denied Giuffre's accusations. "This is a baseless, nonviable, potentially unlawful lawsuit," Brettler, who is based in Los Angeles, said at a court conference conducted by phone.
"There has been a settlement agreement that the plaintiff has entered into in a prior action that releases the Duke and others from any and all potential liability," Brettler added.
Brettler also said Giuffre had not properly served Andrew under U.K. law and the Hague Convention, including when a process server left a copy on Aug. 27 with a police officer guarding Royal Lodge, the prince's home in Windsor, England.
Giuffre's lawyer rejected that claim. "We have properly served him," David Boies told U.S. District Judge Lewis Kaplan in Manhattan.
Kaplan directed Boies to propose alternative means to serve Andrew, and rejected Bretter's argument that Hague Convention procedures had to be "exhausted" before applying U.S. procedures. The next conference was scheduled for Oct. 13.
Andrew, 61, is a former friend of Epstein, a registered sex offender who killed himself in a Manhattan jail in August 2019 after U.S. prosecutors charged him with sexually exploiting dozens of girls and women. The prince stepped down from royal duties and saw charities and other organizations distance themselves from him after he gave a November 2019 BBC interview now widely seen as disastrous concerning his relationship with Epstein.
Giuffre's lawsuit puts Andrew in a tough position because he could be held in default and owe damages if he ignores it, or face years of legal battles by defending himself in court. According to the Aug. 9 complaint, Andrew forced Giuffre to have unwanted sexual intercourse at the London home of Ghislaine Maxwell, the British socialite and Epstein's longtime associate.
The complaint also said Andrew abused Giuffre at Epstein's mansion on Manhattan's Upper East Side, and on a private island Epstein owned in the U.S. Virgin Islands.