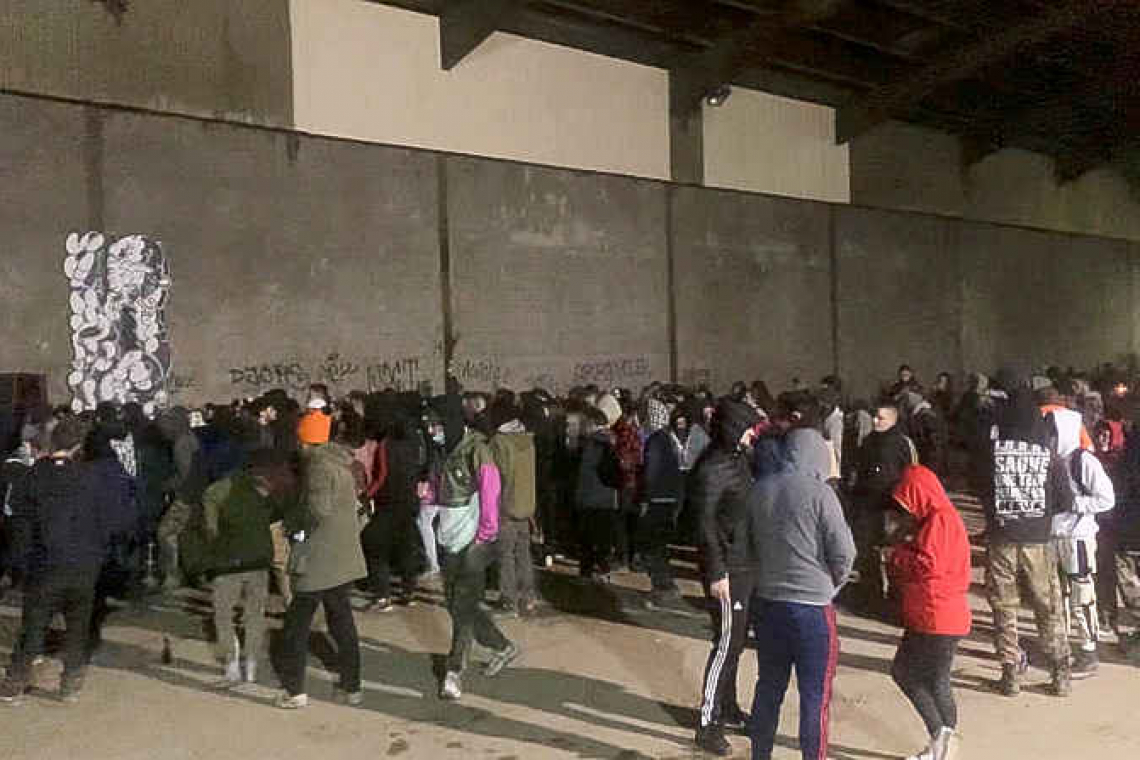 PARIS--Several hundred French police on Saturday shut down an illegal rave party in northwestern France that had been underway since New Year's Eve in defiance of a curfew and coronavirus restrictions on large gatherings, officials said.

About 2,500 revellers from across France and abroad attended the rave in a disused warehouse in Lieuron, near Rennes, and some clashed with police soon after the party kicked off on Thursday, injuring several officers and damaging police cars.
The clashes prompted police to wait for reinforcements to be deployed before moving in to put an end to the party, Emmanuel Berthier, head of the Ille-et-Vilaine prefecture, told reporters.
French Interior Minister Gerald Darmanin said on Twitter that more than 1,200 party-goers had been issued with penalty notices as they left the site, adding that the event's organisers were being identified and would be prosecuted. About 800 of the revellers were sanctioned for attending an illegal party, breaking curfew and not wearing masks, and the rest were mostly issued notices for using illegal drugs, Berthier said.
Prosecutors in Rennes have opened a probe into the illegal organisation of a musical event and violence against persons of authority, the prefecture said, while local health authorities urged party-goers to self-isolate for seven days.
With the highest number of COVID-19 cases in western Europe, France is stepping up coronavirus restrictions, imposing an earlier curfew in 15 northeastern and southeastern departments from Saturday, starting at 6 p.m. instead of 8 p.m.
In neighbouring Spain, police broke up a smaller warehouse rave near Barcelona that had also been going for more than 40 hours. About 200 people attended the New Year's Eve rave in the village of Llinars del Valles, and dozens continued to party on Saturday - some refusing to leave and shouting abuse when police arrived at the scene.
The event's three organisers were arrested, Catalan's Mossos d'Esquadra police force said on Twitter, adding that the three and those who attended the party would be charged and faced fines of between 3,000 and 600,000 euros.