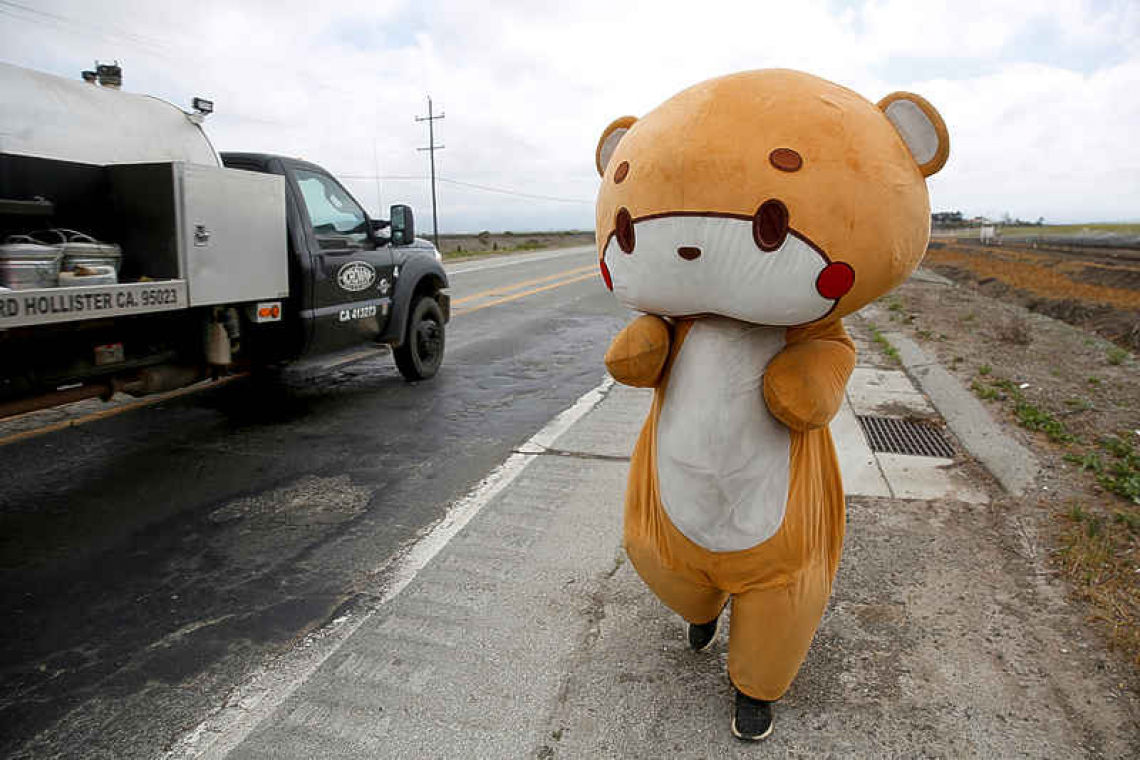 GILROY, California-- He has got a giant padded head, perfectly round red cheeks and a bobbletail, and he is walking from Los Angeles to San Francisco.

Jesse Larios says he does not know exactly what inspired him to dress up as the character he has named Bearsun and start the over 400-mile (644-km) trip, but he has been pleased with the attention the move has received.
"It was an impulsive decision for sure. I didn't plan it out," said the 33-year-old in the brown-and-white suit he designed.
The journey Larios began on April 12 has morphed into something bigger, drawing fans from all over. Larios has started a GoFundMe account, which as of Wednesday had raised $7,100. Upon reaching San Francisco, he said he plans to hold an online vote to determine where to donate the money.
"I just want to help people out," Larios said.
Larios has been making stops along the way to sleep and eat, but not much else. He visits gas stations for meals and to clean up, and just sleeps inside the suit wherever he finds himself at the end of the day. The trip has already taken longer than anticipated but he said he is not in a huge rush.
Instead, he is walking, enjoying the views, which he posts on Instagram, and taking inspiration from the journey and all the folks he has met along the way. "Everything's been pretty wild, to be honest," Larios said. "It inspires me to do new things. It brings new ideas. It fuels my creativity. It helps out a lot and it feels good too."