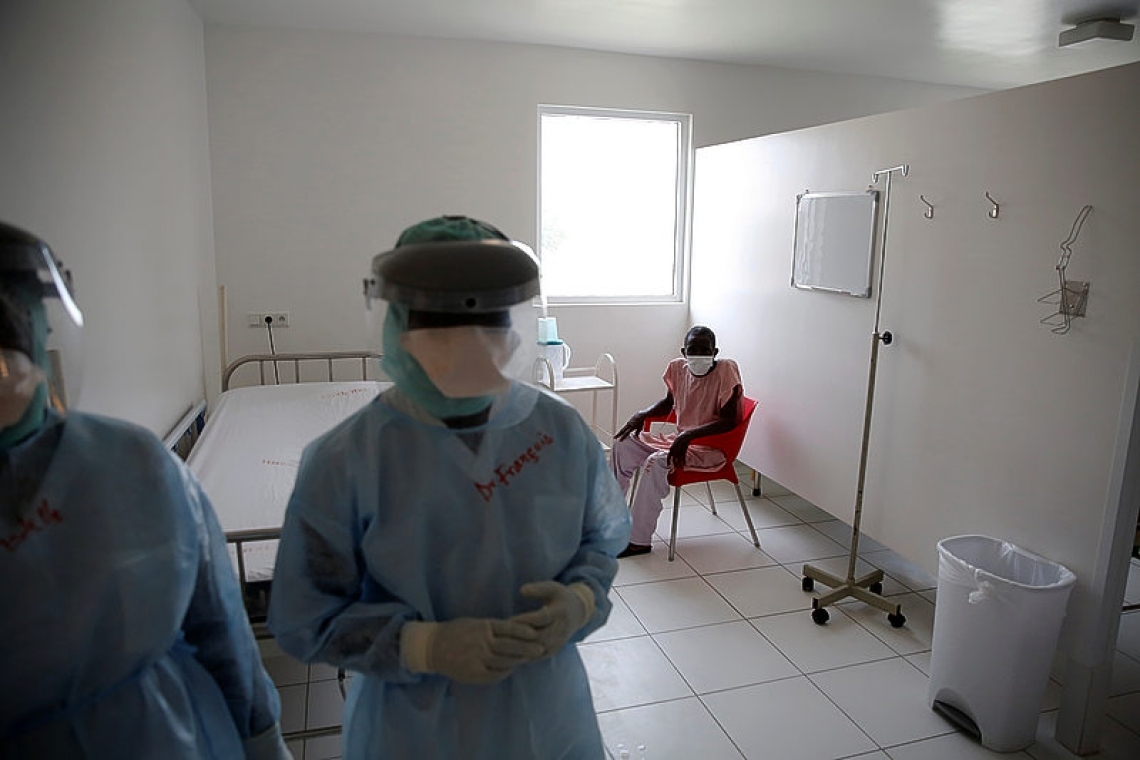 PORT-AU-PRINCE/HAVANA--Berthony Clermont shares a two-room flat without running water with 10 relatives in the Haitian capital's Cite Soleil slum, so when he fell ill with the novel coronavirus, they all did.

"I tried staying at home at the beginning but it was difficult to isolate myself as the house is too small," said the 45-year old. Mistrustful of the dilapidated public healthcare in Haiti - the poorest country in the Americas - Clermont and his family treated themselves at home with herbal teas.
Clermont's plight is shared by many in Haiti and, more broadly, across the Caribbean and Latin America. Home to 654 million people, it is the most unequal region in the world, according to the United Nations.
As governments in Europe and some parts of Asia have managed to stem the spread of coronavirus, Latin America and the Caribbean have emerged as one of the epicenters of the pandemic. With confirmed cases globally hitting the 10 million mark on Sunday, the region accounts for around a quarter of those.
From Argentina to Mexico, nearly one in five of Latin America's urban population lives in crowded slums, like Cite de Soleil. In such poor, densely-packed neighbourhoods - with little or no access to running water, sanitation and health facilities - residents struggle to follow even the basic hygiene guidelines that experts recommend to prevent contagion with the highly infectious virus.
And, given a large informal labour sector and insufficient government welfare, many people cannot afford to quarantine - even when they are ill. Sauveur Desroches, 55, said that even after he started feeling sick with the virus, he kept working for four days at a construction site in Port au Prince.
"But then my body just gave way and I had to stay in bed," said Desroches, receiving treatment at an emergency COVID-19 facility set up in Cite Soleil by medical charity Doctors Without Borders (MSF).

Crisis of Leadership
The situation is deteriorating fast. The number of cases in Latin America and the Caribbean has more than tripled from 690,000 one month ago to around 2.5 million.
In Brazil and Mexico, which make up more than half the region's population, populist governments went against scientific opinion and downplayed the threat of the virus, continuing to hold political rallies and resisting lockdowns. While some smaller countries - such as Costa Rica, Cuba, Uruguay and Paraguay - appear to have tamed their outbreaks by reacting more swiftly and comprehensively, these two regional heavyweights are hitting record numbers of daily cases. Their epidemic curves stand to rise even more sharply as both are planning to ease quarantine restrictions on their struggling economies, defying the cautionary tale of Chile, where a partial re-opening appears to have led to an explosion in cases.
Carlos del Rio, a Mexican-born infectious disease expert with Emory University, said that - given very low levels of testing across the region - the most worrying aspect was not the number of confirmed cases but the levels of mortality.
"Latin America has just 8% of the world's population but it currently accounts for 45% of daily deaths," he told Reuters. "What has lacked in many countries is leadership and a clear strategy. Europe had a much more energetic response."
In a worst-case scenario, if restrictions are relaxed further, the COVID-19 death toll could climb to 340,476 people in Brazil and 151,433 people in Mexico by October, researchers from the University of Washington's Institute for Health Metrics and Evaluation (IHME) warned this week.

Unreported Cases
Experts say the true scale of the virus' spread in the region is likely much worse than reported as many countries have failed to implement rigorous testing programmes for practical or ideological reasons. In Haiti, which has a population of around 11 million, the spread has outpaced its testing capacity so much that its coronavirus task force declared that symptoms were enough to diagnose COVID-19, the illness caused by virus.
Many Haitians do not want to be tested because of the stigma attached to coronavirus and their distrust of authorities. Some believe the government is lying about the virus to garner aid funds and fear negligent treatment should they be hospitalized.
While official data puts confirmed cases in Cite Soleil at 73, Clermont, who also works as a local community activist, reckons a majority of its around 250,000 inhabitants has contracted the virus. So far, Haiti has confirmed just 5,722 cases nationwide.
"There is a certain denial," said Erneau Mondesir, a doctor at the MSF facility. People were consequently failing to take precautions and arriving at hospital too late, when they were already critically ill, he said.
Haiti is reliant on initiatives by foreign aid organizations given its shambolic healthcare system. While the situation there is extreme, healthcare coverage throughout much of Latin America and the Caribbean is patchy.
Many are counting instead on natural remedies - often distributed in Haiti by priests of the Afro Caribbean Voodoo religion who are also treating patients in their temples. "Without traditional medicine, those who live beyond the metropolitan areas would have serious problems," said Euvonie Georges Auguste, deputy leader of Haiti's Voodoo confederation.