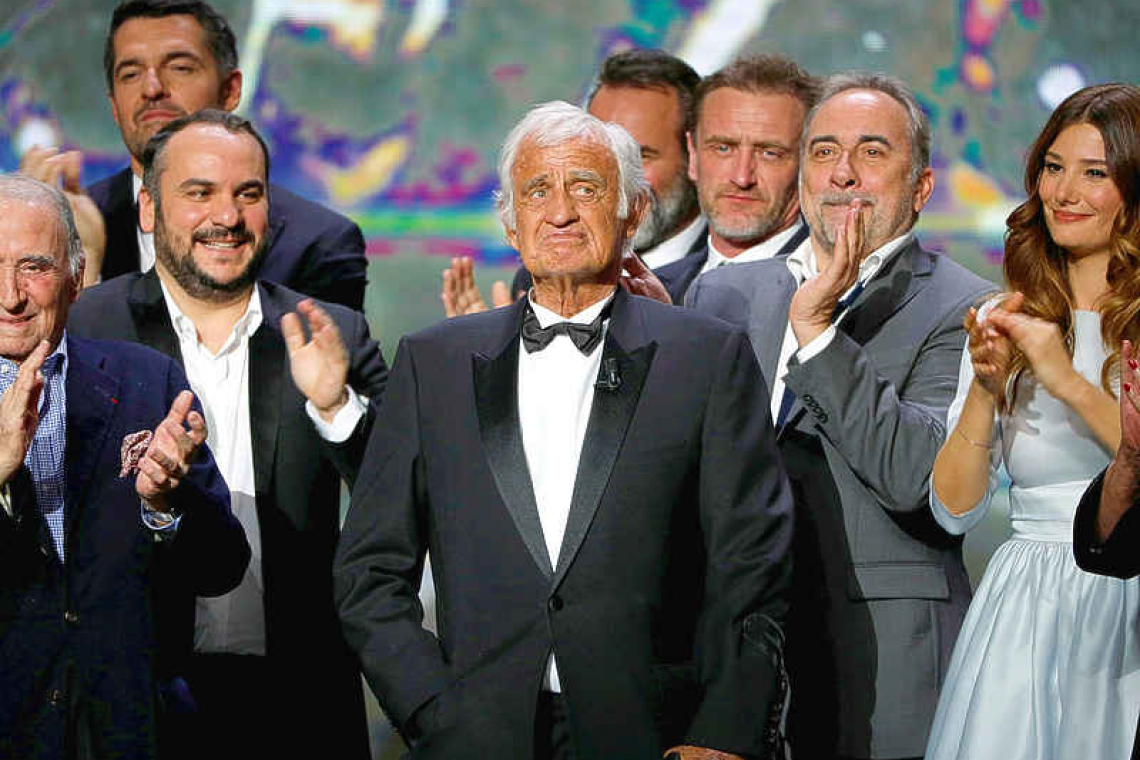 PARIS--Jean-Paul Belmondo, a star of France's New Wave cinema after his breakthrough performance in Jean-Luc Godard's "A bout de souffle" ("Breathless") in 1959, has died. He was 88.

The death of a leading figure in French cinema was felt across the country. President Emmanuel Macron tweeted that France had lost a "national treasure".
"It seems to me that all of France is sad," Michel Godest, Belmondo's friend and lawyer, told BFM TV, breaking down in tears.
A charismatic actor who often performed his own stunts, Belmondo switched in the 1960s to mainstream films and became one of France's leading comedy and action heroes. His decision to pursue a career in commercial cinema and to shun the art houses led to criticism that he had wasted his undisputed talent - something he always denied.
"When an actor is successful, people turn their back on him and say that he has taken the easy way out, that he doesn't want to make an effort or take any risks," Belmondo once said. "But if it was so easy to fill cinemas, then the film world would be in much better health than it is. I don't think I would have stayed in the limelight for so long if I was doing any old rubbish. People aren't that stupid."
Godest told AFP that Belmondo passed away at home, adding: "He had been very tired for some time. He died peacefully."
Belmondo was born on April 9, 1933, in Neuilly-sur-Seine, the son of the renowned sculptor Paul Belmondo and painter Sarah Rainaud-Richard. Despite his cultured background, he appeared more drawn to the world of sport than the arts and was a keen boxer in his youth.
Once he had discovered acting, it took three attempts before the Paris Conservatory agreed in 1952 to take him on as a student. Even then it was not a smooth passage, and Belmondo quit in a huff in 1956 after receiving a cool reception for one of his performances from a conservatory jury.
One of his teachers predicted at the time: "Mr. Belmondo will never succeed with his hooligan's face."
Belmondo's reply was an obscene gesture. He went on to star in more than 80 movies, many of them blockbusters, over the next half a century.
Belmondo first gained acclaim in "Sois belle et tais-toi" ("Look pretty and shut up") in 1958 and in "A double tour" by Claude Chabrol in 1959, where his magnetism stole the film.
But his role as a small-time hood who romanced American ingenue Jean Seberg in Godard's "Breathless" earned him international stardom.
Belmondo's appeal, a mixture of cynicism and sensitivity, warmth and unselfconscious ease, created a new kind of romanticism that brought him roles in the films of France's New Wave directors Francois Truffaut, Alain Resnais and Louis Malle.
"If I have advice to give young actors, it is to never neglect technique: without technique, you limit invention. But it should never show. What counts is the result, not the sweat and the pain it cost," he once said.