'Diego lives on': Argentines pray for Maradona on anniversary of his death 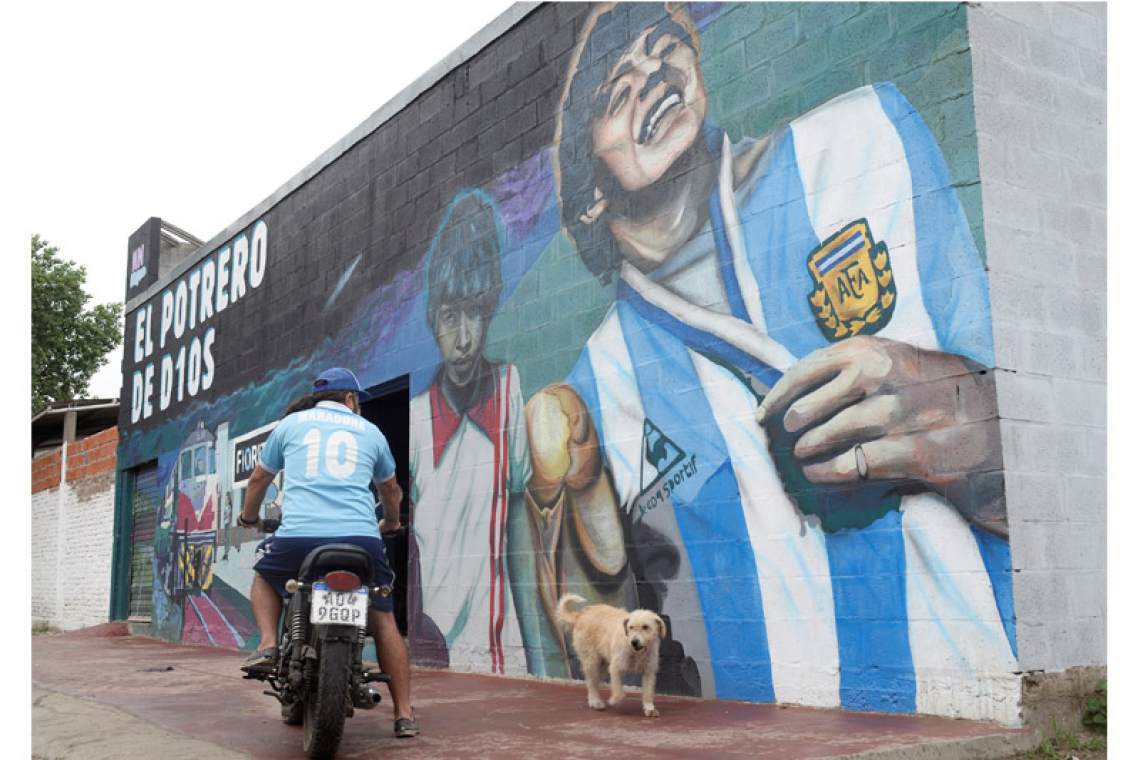 BUENOS AIRES--Fans and family of Diego Maradona in Argentina and around the world gathered on Thursday to remember and pray for the troubled soccer star on the first anniversary of his death.

In a church in Garin, in the province of Buenos Aires, family members joined a Mass in his memory, with a large portrait on the altar of the 1986 world champion, known as "Pelusa" for his long mane or just "D10S" - a play on the Spanish word for God and his famous No. 10 jersey.
"We do not come to celebrate death, we come to celebrate life, the life that Diego gave us," said the Rev. Adrian Guedes, a priest who was close to the player during his life. "He is here, we believe our loved ones resurrect, they do not die, he lives on in every action and every good deed that he did, and the bad actions as they talk about everywhere, may God forgive them."
Maradona, who died on Nov. 25, 2020, of cardiac arrest at age 60, was born in a poor area outside the capital Buenos Aires. He was an icon to many in Argentina and around the world, including Naples, Italy, where a statue of Maradona was unveiled on Thursday.
But his personal life was marked by controversy, including excesses with drugs and alcohol. A Cuban woman who had an affair with him two decades ago, when she was 16 and he was around 40, accused him this week of raping her on one occasion.
The star, widely thought to be one of the greatest soccer players in history, was buried last year in Argentina. However, his family said on Thursday that they had now requested the construction of a mausoleum for his fans to "go on pilgrimage." It would be "an eternal resting place where he can be visited and receive the recognition and love from the millions of people who express it every day," said a post on Maradona's Instagram account, now managed by his family.
After the Mass, his sister Ana Maria Maradona said the past year had been "very sad." Asked how she recalled her brother now, she said: "With lots of love."
Maradona, often compared to Brazilian legend Pelé, gained an unusual level of adoration despite - or perhaps strengthened by - his own personal struggles. He has been immortalized in murals, statues and even tattoos inked into fans' skin.
"The love for Diego has accompanied me since I was little, since childhood," said Gustavo Emanuel Parisi, 35, an artist who paints murals of Maradona in "honor and gratitude to him."
Mynor de Leon, 39, a Guatemalan fan of Maradona, had travelled to Buenos Aires to celebrate a bittersweet day - his own birthday and the anniversary of his hero's death. "Today is my birthday. One year ago, it was one, if not the saddest day in my life," de Leon told Reuters during a visit to a shrine at the Diego Armando Maradona Stadium of Argentinos Juniors, the team where the star first made his name. "Maradona was my childhood hero; he brought me joy during tough times."