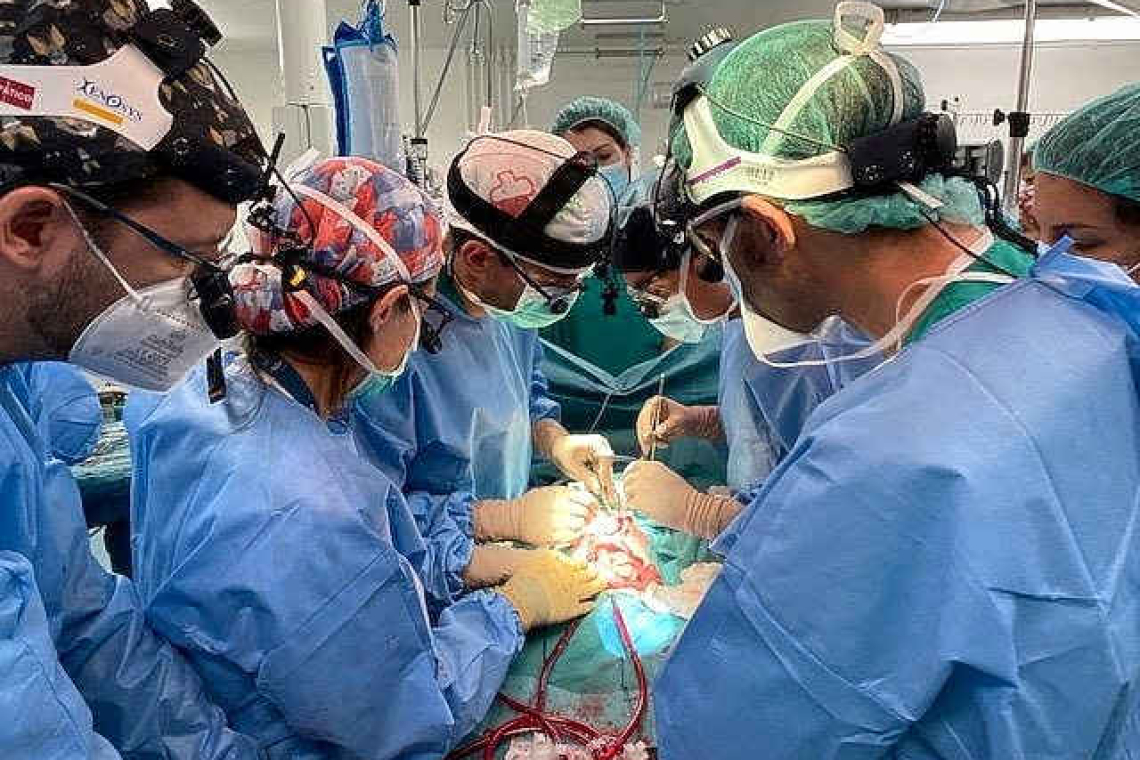 Doctors attend a surgery procedure to perform the first ever multi-visceral intestinal transplant from a controlled pediatric donor in asystole to a 13-month baby girl, in Madrid, Spain in this undated handout image obtained by Reuters on Tuesday. (La Paz Hospital/Handout via Reuters)

MADRID--A 1-year-old Spanish girl has become the world's first recipient of a successful intestine transplant from a donor who died of heart failure, Madrid's La Paz hospital said on Tuesday.

"The child has now been discharged and is in perfect condition at home with her parents," it said in a statement.
Spain is a global leader in organ transplants, with over 102 of them per million inhabitants performed in 2021, a rate only surpassed by the United States, according to Spanish health ministry data.
The infant, Emma, had been diagnosed with intestinal failure when she was just one month old because her intestine was too short, and her health rapidly deteriorated until receiving the multivisceral transplant. Aside from the intestine, Emma also received a new liver, stomach, spleen and pancreas.
"The good news is that life goes on, that Emma is very brave and proving every day that she wants to keep on living," her mother told reporters before thanking the donor's family and the doctors. She said Emma is now 17 months old.
Asystole donations proceed from a dead person after doctors confirm the absence of a heartbeat and breathing functions. The donor's organs are then artificially preserved - despite the lack of oxygenated blood - through a system known as Extracorporeal Membrane Oxygenation (ECMO).
What makes Emma's case special is the difficulty in preserving an intestine from asystole donation due to the digestive organ's characteristics. Most transplanted organs stem from donors who have suffered brain death but retain a heartbeat, as this keeps the organs intact. However, since the development of modern asystole donations, the technique's popularity has grown to make up about one-third of all donations in Spain, La Paz said.