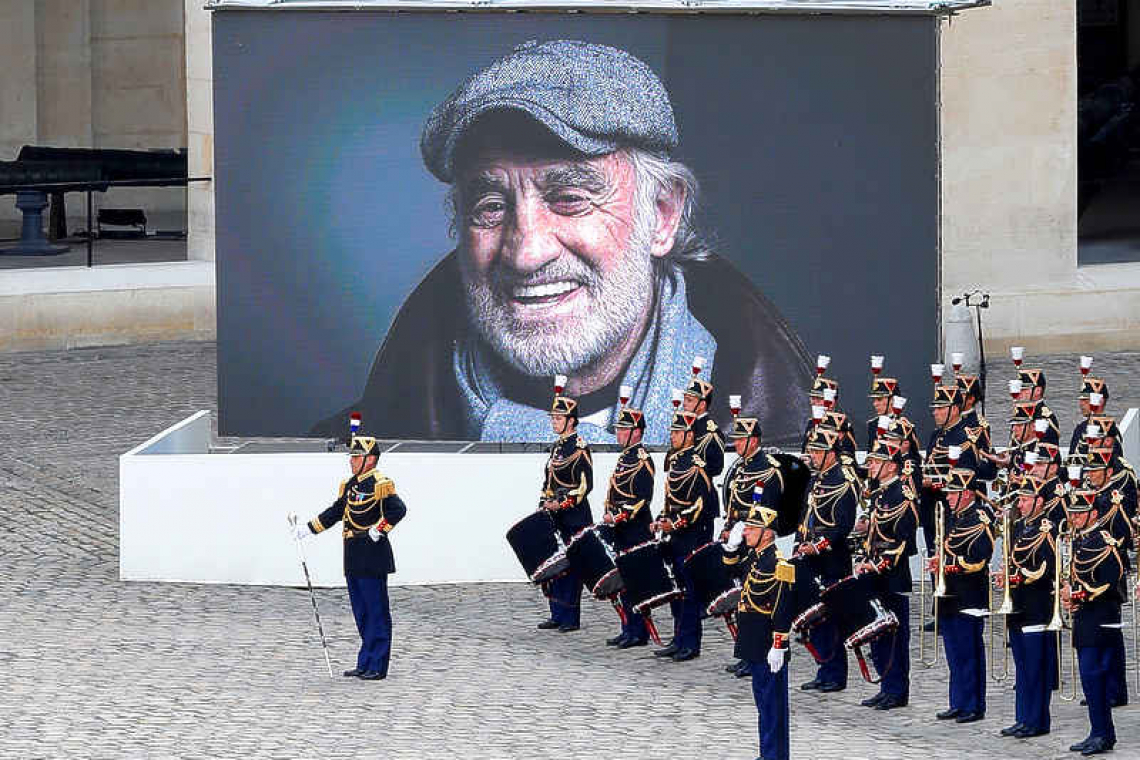 PARIS--France staged a grand farewell to Jean-Paul Belmondo on Thursday, saying the charismatic actor and New Wave legend who died on Monday aged 88 would live forever on film screens.

Pallbearers carried Belmondo's coffin, covered in the French tricolour flag, into the courtyard of Les Invalides military museum in Paris, where Napoleon is buried, for an official tribute.
Known affectionately to the French people as Bébel, Belmondo was long one of France's most popular actors, having switched to mainstream movies after rocketing to international fame as a star of New Wave cinema in the role of an existential gangster in Jean-Luc Godard's "A bout de souffle" ("Breathless") in 1959.
"He was the friend everyone dreamed of having," President Emmanuel Macron said in a speech at the tribute.
"He never stopped renewing himself, reinventing himself, and in doing so conquering successive generations," Macron said, adding: "Adieu Bébel."
"Where he is, I'm sure he is smiling, as always," his grandson Victor Belmondo, a budding actor, said at the ceremony in the courtyard of the Invalides, where a large picture of his grandfather, with his trademark jocular smile, stood.
Belmondo's family, cabinet ministers and celebrities including Oscar winner Jean Dujardin and many other French actors, as well as fans, attended the ceremony.
Belmondo's appeal, a mixture of sensitivity, warmth and unselfconscious ease, created a new romanticism that landed him roles in the films of French New Wave directors including Francois Truffaut, Alain Resnais and Louis Malle. Belmondo switched in the 1960s to mainstream films and became one of France's leading comedy and action heroes.