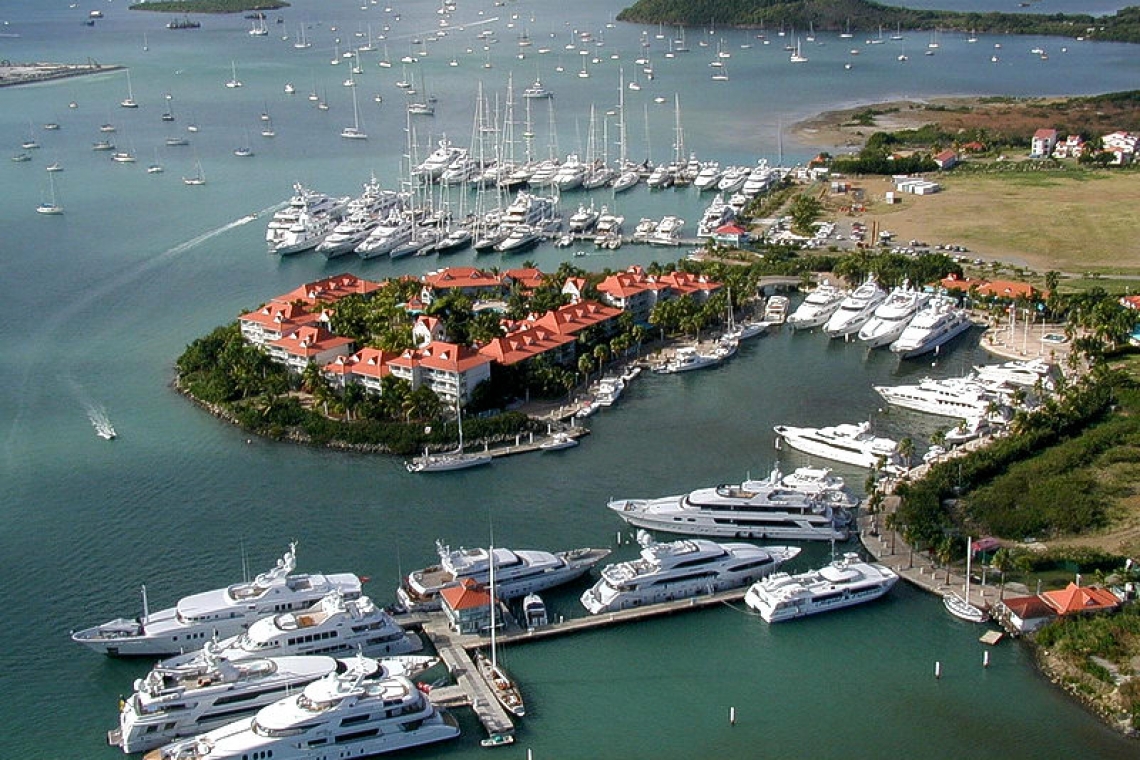 The marina in better times

COLE BAY--Marine Management and Consulting NV, owner and operator of The Yacht Club Port de Plaisance, distanced itself on Wednesday from other marinas operating in Simpson Bay Lagoon, claiming that it has not allowed any vessels to dock at its facilities since March 17.

Prime Minister and Emergency Operations Center (EOC) Chairperson Silveria Jacobs on Tuesday banned vessels from taking on fuel and provisions in Simpson Bay Lagoon because several vessels had “disrespected” St. Maarten’s regulation that no persons on board could disembark.

A vessel entered Simpson Bay Lagoon on Tuesday and caused quite a stir on social media when it became apparent that persons on board this boat had disembarked.

“Yacht Club Port de Plaisance took these travel restrictions seriously and stopped all arrivals as of March 17, and informed all customers and local yachting agents that the marina would no longer allow arrivals as per the Prime Minister’s declaration and announcement.

“This request was also sent to customers who were due to arrive and were advised to stay put where they were and recommended that they should consult with their clearing agents before coming to St. Maarten.

“We therefore would like to make it clear that none of the arriving vessels that entered through the bridge this weekend and in the last two days were allowed entry to dock at this facility. …

“While these measures have largely impacted our business and have caused many issues for our customers, their crew and our employees, we found it necessary during these unfortunate times to put the health of our employees, customers and our island in general first during this pandemic.

“We took the honourable Prime Minister’s message and travel restrictions [as – Ed.] important and imperative in fighting this pandemic.

“It is unfortunate that these measures were not followed by others, and we find it surprising, to say the least, that exceptions and/or chances were taken even after the Prime Minister’s message was clear. …

“It takes a unified St. Maarten to protect our nation from this pandemic and we are appalled to see that others aren’t taking it so seriously,” said the yacht club in a statement on Wednesday.