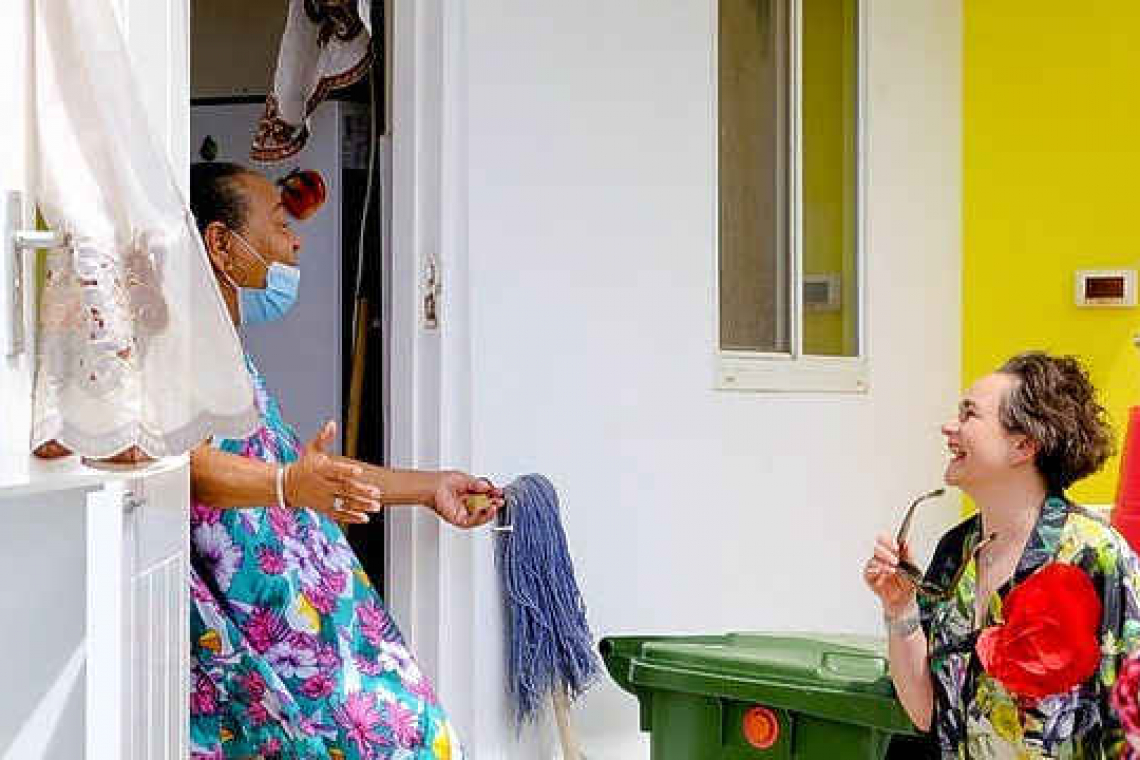 State Secretary Alexandra van Huffelen visited the neighbourhoods Sapaté and Scharloo in Curaçao on Saturday. She spoke with a number of residents. (BZK Ministry photo)

WILLEMSTAD--The Netherlands and Curaçao have joint responsibility to improve the detention situation of undocumented persons on the island.

Dutch State Secretary of Kingdom Relations and Digitisation Alexandra van Huffelen said this to the Dutch press agency ANP on Saturday after a visit to the so-called foreigners’ barracks at the Curaçao SDDK prison.

At the foreigners’ barracks, the state secretary spoke with Venezuelan refugees, with Curaçao Prime Minister Gilmar Pisas acting as translator. Pisas said he agreed with Van Huffelen that the two countries had a shared responsibility for Venezuelan refugees and emphasised that not only the Netherlands, but Curaçao too wanted to have the detention situation at the barracks improve.

Last month, the Dutch government ceased the financial support for the project to improve the detention facilities for undocumented persons due to the lack of progress. According to Pisas, this was because of insufficient construction material and too few construction workers.

In October last year, Amnesty International published a very critical report on the foreigners’ barracks, where, according to the watchdog organisation, human rights are being violated. Amnesty International will visit Curaçao again next month to check up on the improvements that have been made at the detention facility.