‘Undesirable to deviate from budget standards without explicit approval’ 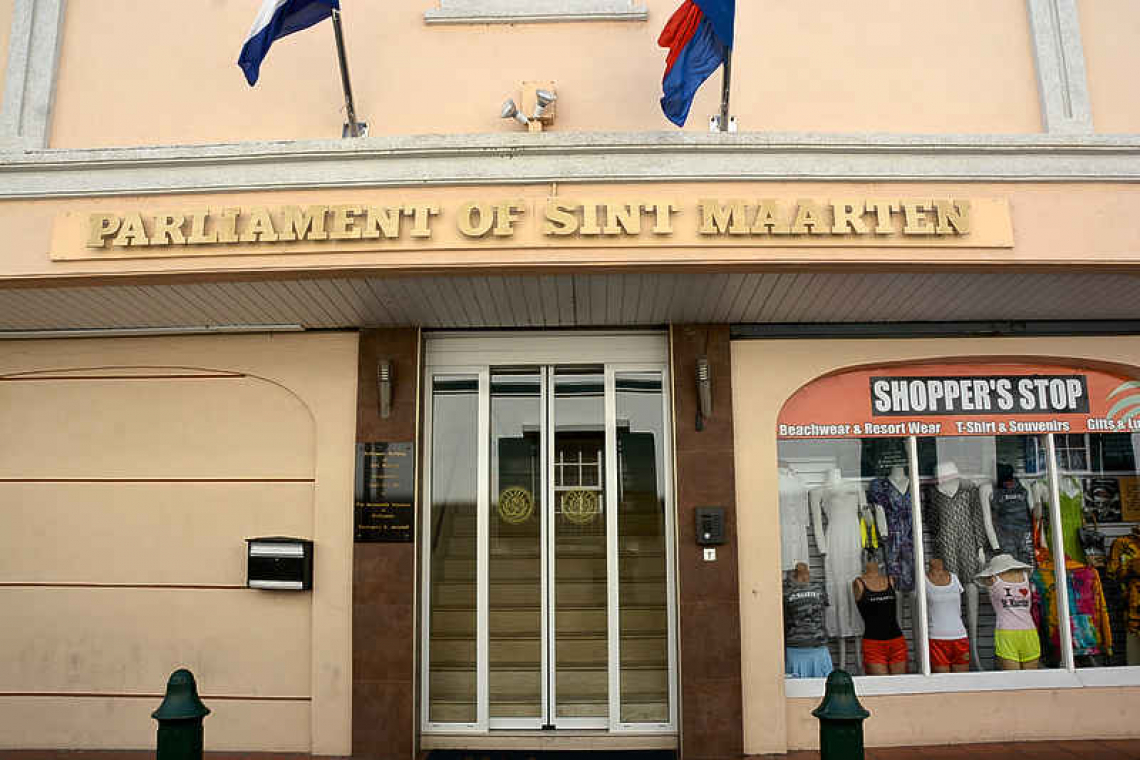 The postponement of a decision by the Kingdom Council of Ministers with regard to a deviation from the obligation to present a balanced budget led the Parliament of St. Maarten to decide to hold off further handling of the draft National Ordinance Budget 2022 late last year. (File photo)

PHILIPSBURG--It is not desirable, even though possible, for the draft National Budget 2022 to be established and published without the explicit prior approval of the Kingdom Council of Ministers with regard to a deviation from the obligation to present a balanced budget.

“Doing so would mean that Parliament and government are acting in contravention with their own Constitution but also with the Kingdom Law,” attorney at law Nancy R. Joubert of Hoeve and Rogers Attorneys and Consultants advised Secretary General of Parliament Garrick J. Richardson.

The advice, which was dated January 6, 2022, concerns the interpretation of Articles 100 of the Constitution and Article 25 of the Kingdom Law Financial Supervision Curaçao and St. Maarten in relation to the execution of the constitutional tasks by the government and Parliament to approve the draft National Ordinance Budget 2022 within the timeframe stipulated in the national legislation, despite the absence of approval and permission for deviation from the budget standards of the Council of Ministers.

“Even though there might be sufficient (legal) grounds to deviate from the budget standards of Article 15 of the Kingdom Law, establishing the draft National Ordinance Budget 2022 without the explicit prior approval/permission of the Council of Ministers is not possible, nor desirable,” Joubert stated.

According to the legal advisor, St. Maarten may have “sound grounds” to warrant a deviation from the budget standards. “Hurricane Irma has left St. Maarten struggling with long-term effects which were exacerbated by the COVID-19 pandemic, delivering a devastating blow to the tourism-driven economy.”

She said that St. Maarten has consequently not only seen a decrease in tourists which translated in reduced income for the country, but also a (partial withholding) of liquidity support, coupled with rising prices of consumer goods.

“Given these circumstances which were highlighted in government’s request for deviation dated October 25, 2021, it is understandable that such a request has been made,” according to Joubert.

The legal advisor said that the risks involved with approving the draft budget without permission from the Council of Ministers include the possible issuance of an instruction for non-compliance with Article 15 of the Kingdom Law, or the Governor’s refusal to establish the draft National Ordinance based on Article 21 of the Rules for the Governor of St. Maarten.

“Furthermore, it is quite plausible that the Ombudsman may consider bringing this piece of legislation in front of the Constitutional Court for review as well,” Joubert stated in the advice, which was received by Parliament on Monday, January 24.

“By delaying the approval/permission, which in fact may be deemed as a refusal, the Council of Ministers is in fact preventing St. Maarten from carrying out its constitutional budgetary right, as well as preventing St. Maarten of using legal recourses such as the right to appeal a possible decision at the Crown.”

“Therefore, the Council of Ministers cannot unreasonably withhold permission in these circumstances, especially seeing that finances of a country are an autonomous matter. It is, therefore, of utmost importance for parties to communicate with the ultimate goal to come to a solution to come out of this impasse,” Joubert reasoned.

On December 8, 2021, Parliament received the draft National Ordinance Budget 2022 from government. The handling of this draft ordinance started in the Central Committee on December 13, 2021. The Central Committee meeting continued the following days whereby Members of Parliament had the opportunity to pose questions. The ministers in turn answered the questions related to their respective ministries one by one, after which the meeting was closed on December 17, 2021.

The next step in the legislative process would have been to schedule a public meeting in order for the draft National Ordinance to be approved by parliament prior to ratification. However, such a meeting was not convened partly due to political developments.

On December 17, 2021, the decision making by the Council of Ministers with regard to a number of items, including the granting of approval/permission to the governments of Aruba, Curaçao and St. Maarten to deviate from the budget standards in the Financial Supervision Laws was postponed.

In a letter to the Dutch Parliament’s Second Chamber dated December 21, 2021, the State Secretary for Kingdom Affairs informed the Chamber that the postponement was due to the absence of political approval and commitment by the three Caribbean countries where it pertains to the Memorandum of Modification (“Nota van Wijziging”) related to the Draft Kingdom Law Caribbean Agency for Reform and Development (COHO).

The postponement of a decision on this matter by the Council of Ministers led to a number of legal questions and Parliament’s decision to hold off further handling of the draft National Ordinance Budget 2022, until a number of questions have been answered.

These questions mainly focus on the interpretation of Articles 100 of the Constitution and 25 of the Kingdom Law, specifically in light of the current situation whereby there is no approval/permission from the Council of Ministers to deviate from the budget standards, vis-à-vis the execution of the constitutional tasks by both the government and Parliament of St. Maarten to approve the draft National Ordinance Budget 2022 within the timeframe stipulated in legislation.