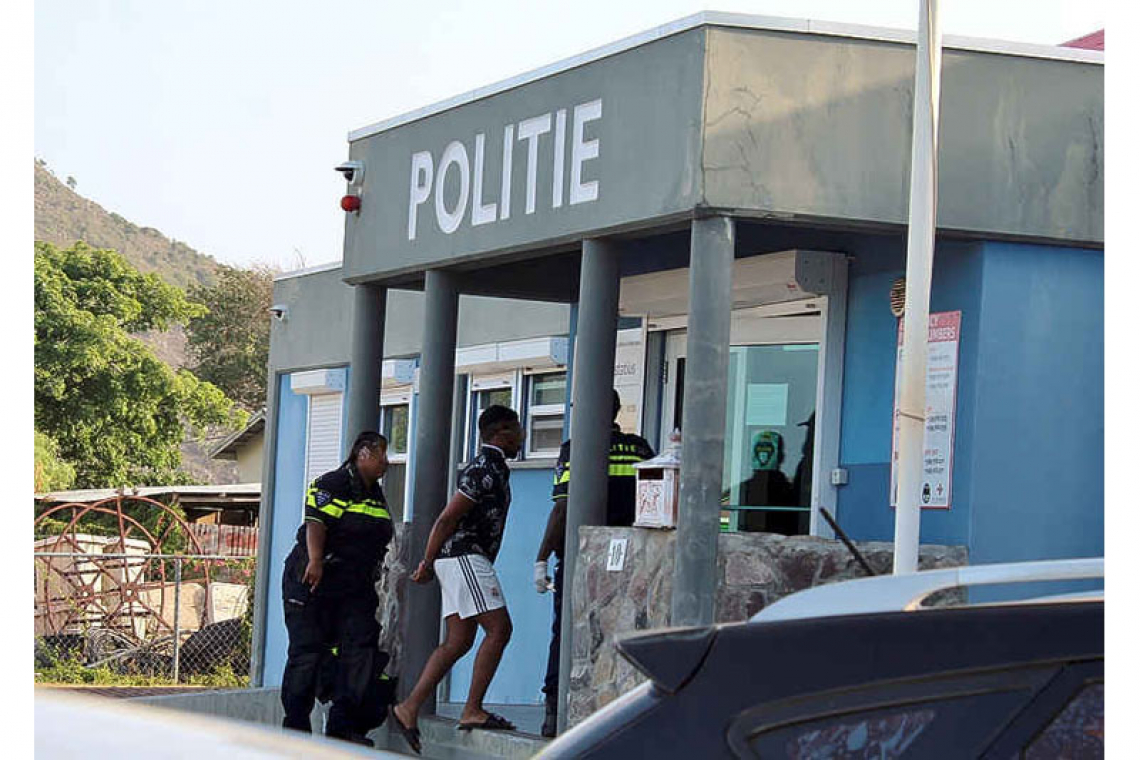 ST. EUSTATIUS--Two suspects in a string of break-ins in St. Eustatius were arrested by officers of the Caribbean Netherlands Police Force KPCN and the Royal Netherlands Marechaussee during home searches around 6:00am on Wednesday, May 18.

Two teams of police officers went to two different addresses on the island, where they held suspect T.K.P., born in 2001, and D.B., born in 2004, in their respective homes.

The Judge of Instruction gave the order to conduct a search of the homes in connection with a number of break-ins, and the recent attempted robbery of a visitor to Statia. Inspector of Police, Chief of Basic Police Care in St. Eustatius, Robelto Hodge could not give any more details concerning the break-ins. 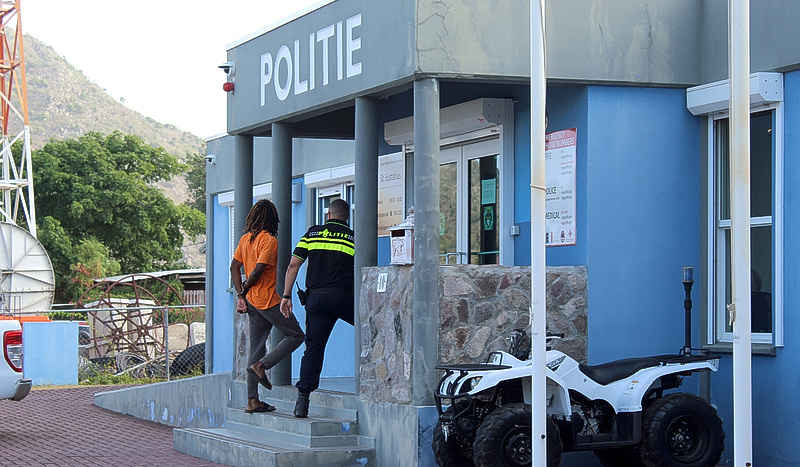 Suspect D.B. being led into the police station.

During the house searches police officers found a number of goods that linked the suspects to the crimes they are suspected of having committed. Among the confiscated items was a shotgun and an undisclosed number of illegal substances or drugs. No further details were given. 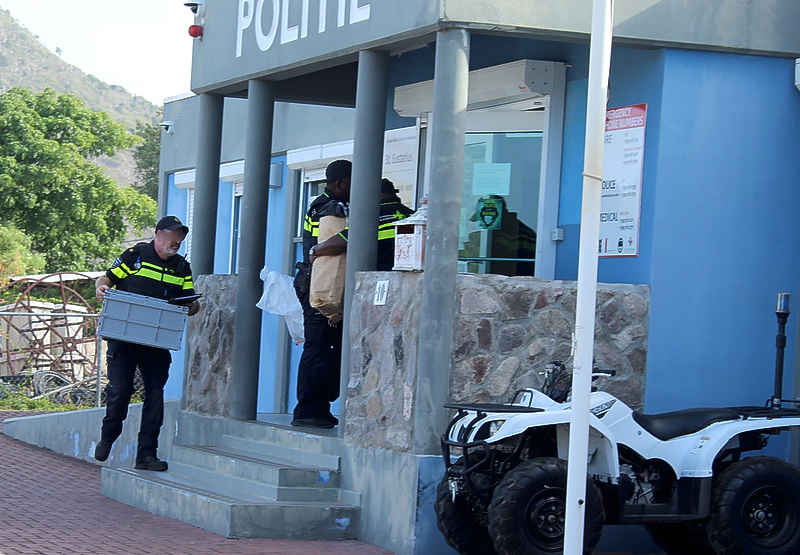