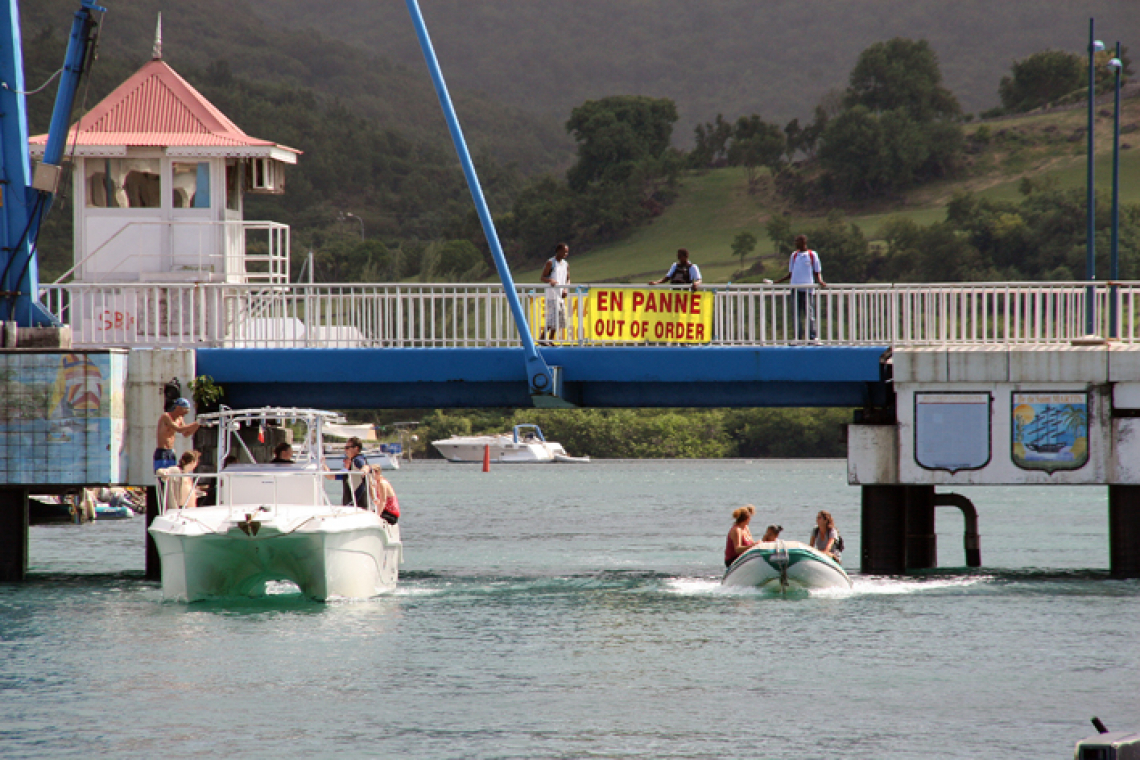 MARIGOT--The Collectivité announced Thursday that the planned traffic interruption in connection with the Sandy Ground Bridge renovation has now been postponed for two weeks due to difficulties experienced by contractors.

The contractor for the bridge renovation work informed the Collectivité on Thursday that the self-propelled crane needed to lift the heaviest structural elements has broken down. His supplier indicates a repair time of one week.

Also, the contractor for the assembly of the footbridge has indicated that he is encountering difficulties in the maritime supply of the structural elements from Guadeloupe.

That said, all the personnel and materials necessary for the renovation of the bridge have been received and are operational in the territory.

The Collectivité apologises for this postponement of the dates requested by the contractors and is doing its utmost with them to speed up the work for the least inconvenience possible.

As a reminder, a Gendarmerie brigade and a brigade of firefighters will be installed with the necessary equipment in Baie Nettlé during the period of closure of the bridge to road traffic from August 23 to September 19.