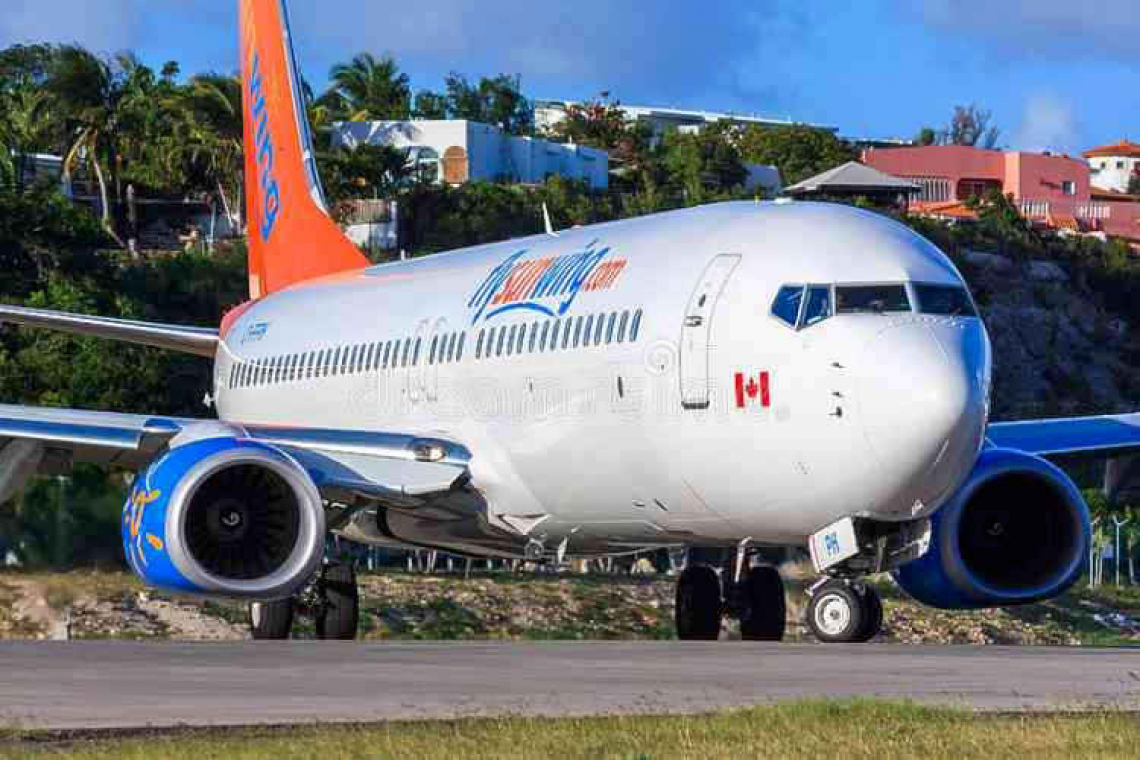 PHILIPSBURG--Maho Group President and Chief Executive Officer (CEO) Saro Spadaro believes St. Maarten should do on-arrival rapid antigen testing for guests and says the country should step up its game and exploit opportunities to attract visitors to the country.

Spadaro said in a press release that the government is lagging in its decision-making process and its adoption of on-arrival rapid antigen testing, noting: “We are running out of time. Tourism, and the livelihood of this country, is at severe risk.”

He said, “While the situation will gradually improve in 2021, hopefully, because of vaccines and medical treatment, St. Maarten needs to step up its game and take advantage of every opportunity to attract guests to its shores.”

TENTO Health gave a presentation to the Ministry of Health and the Ministry of Tourism on Thursday, October 8, with a proposal to combine a smartphone application and a digital health solution for managing and controlling COVID-19.

The application is endorsed by Apple and Google and available in their app-stores. The proposal is a collaboration between TENTO and the South Korean healthcare company SD BIOSENSOR, which manufactures rapid antigen tests, amongst other medical supplies.

“This is a real, actionable, and affordable plan. To date, and to our knowledge, the government has not done anything about it. So, whether they choose to go with this company or another like it, the government must decide by November 1 to have a system implemented by December 1. These dates are consistent with the presented proposal. If the French and Dutch governments are using such technology and implementing systems by these dates, then why shouldn’t we?”

According to the release, the current system of polymerase chain reaction (PCR) pre-testing for arrivals prevents travellers from getting on a plane right away.

“First of all, it’s difficult to get tests, it can get pricey, especially for families, and represents an immediate barrier to a would-be traveller. Also, it’s ineffective, because passengers can become infected in the five days following the test and before they arrive in St Maarten. Research with leading tour operators shows that clients prefer to book destinations that have requirements that are easier to comply with, in particular those with no pre-testing,” Spadaro said.

St Maarten currently requires a PCR test for COVID-19 performed within five days before arrival to the country.

“Travelers and airlines indicate that this protocol is not practical and leads to cancellations. Further challenges arise because of competition from destinations that have more flexible or no pre-departure testing requirements,” it was stated in the release.

According to the release, Expedia has advised that there is demand for travel in the marketplace, and customers are willing to book vacations, but restrictions and requirements implemented by individual Caribbean islands are crucial in driving demand.

JetBlue Vacations reported that travel to Aruba is increasing because of on-arrival testing, and the company has indicated that bookings are up for destinations that have more liberal testing requirements.

Flight Centre Travel Group said there is currently more interest in the Dominican Republic since the restrictions were further lifted, and, in reviewing its bookings made in September, travellers are seeking Jamaica, Riviera Maya, Cancun, Punta Cana, and Aruba.

“We must act now to stop losing market share to Mexico, the Dominican Republic, Jamaica, and claim our share of the travellers willing to go on vacation this winter,” said Spadaro. “Technology and risk analysis are critical for successfully balancing the protection of public health with our limited healthcare infrastructure, and also in stimulating economic activity to ensure jobs are protected and that poverty does not increase.”

The TENTO (or similar) app will allow Collective Preventive Services (CPS) to communicate with guests while on the island, monitor symptoms, request feedback, etc. TENTO is General Data Protection Regulation (GDPR) compliant, and in a second stage, the app can be used to store vaccination certificates for passengers.

According to the release, expanded local testing with rapid antigen testing will allow CPS to better control the spread of COVID-19 on the island, thus saving lives and protecting the healthcare system.

“Rapid Antigen Testing has been accepted all over the world as an effective testing method, and affordable, costing approximately 75 per cent less than a PCR test. St. Maarten needs to develop a powerful protocol to manage the risk of infection, based on rapid antigen testing on arrival, COVID-19 insurance, and random PCR testing to verify the accuracy of rapid testing,” the release stated.

“I support efforts that allow us to safely lower barriers that turn away tourists from visiting our shores. We must strike the right balance between the safety of our people’s health and the health of the country’s economy.

“Today’s antigen tests, currently being assessed by France and the Netherlands, appear to offer that balance so that we can revive our economy by increasing the number of arrivals while mitigating risk,” the release quoted Minister of Tourism Ludmila de Weever as saying.