Soroptimists observe International Day for the Elimination of Violence against Women 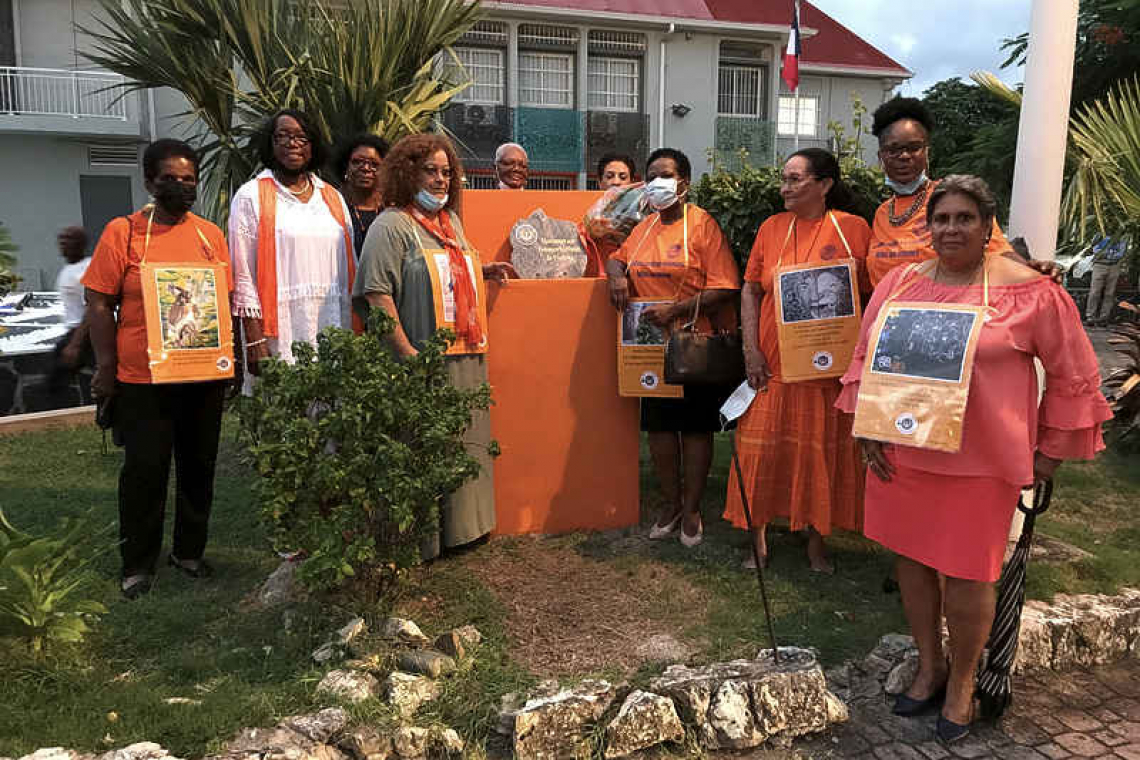 Soroptimist Club members paid homage on Thursday to all women who are victims or who have died as a result of domestic violence. (Robert Luckock photo)

MARIGOT--The Soroptimist International Club of St. Martin celebrated International Day for the Elimination of Violence against Women with a gathering in the garden of Hôtel de la Collectivité, on Thursday, November 25.

Soroptimist Club President Hélene Micot-Bride reminded that violence against women and girls is one of the most widespread, persistent and devastating human rights violations in the world and a threat to millions of girls and women.

All women can be victims, regardless of age, social status or educational background. This violence takes many forms: physical, sexual, psychological or verbal violence, genital mutilation, early marriage, economic abuse and exploitation, mistreatment of elderly women, and harassment on social networks.

“In Guadeloupe, 535 women were threatened and blackmailed, 48 adult women were raped and 55 minors were raped. And there were six attempted homicides in the first 10 months of the year,” Micot-Bride disclosed.

The island of St. Martin is not immune to this scourge. “On the contrary, we are witnessing an explosion in the number of cases of women victims of violence, a gratuitous violence without limits. The victims are often women who arrive in precarious economic, social and administrative situations. The middle and wealthy classes are not spared. Moreover, we are witnessing increasing violence even among young high school students.

“2020 was a devastating year for women and children in terms of domestic violence. Statistics show alarming figures: 250 women are assaulted every day at national level,” she added.

Invited speakers included Prominent Women’s Foundation President Ramona Riley, who read out a powerful poem based on her own experience of violence, Third Vice-President Sophia Carti-Codrington and Christian Rasoloson of the Préfecture’s social cohesion department.

Soroptimist Club board members dressed in orange attire (the Club’s motto is understand, defend, and undertake) brought with them copies of the winning drawings done by Robert Weinum Lycée students from a competition organised by the Soroptimists in June under the theme “What does the woman mean to you?” Each drawing was accompanied by a quote for a strong, courageous and enterprising woman.

The ceremony closed with a group photo around the stele where a bouquet of flowers was laid to pay homage to all those women who died under the blows of a violent spouse.

The colour orange became the emblematic colour for activism in 2014. It symbolises a better future and a fairer world without violence against women and girls. Soroptimist clubs around the world “orange” their cities for 15 days.