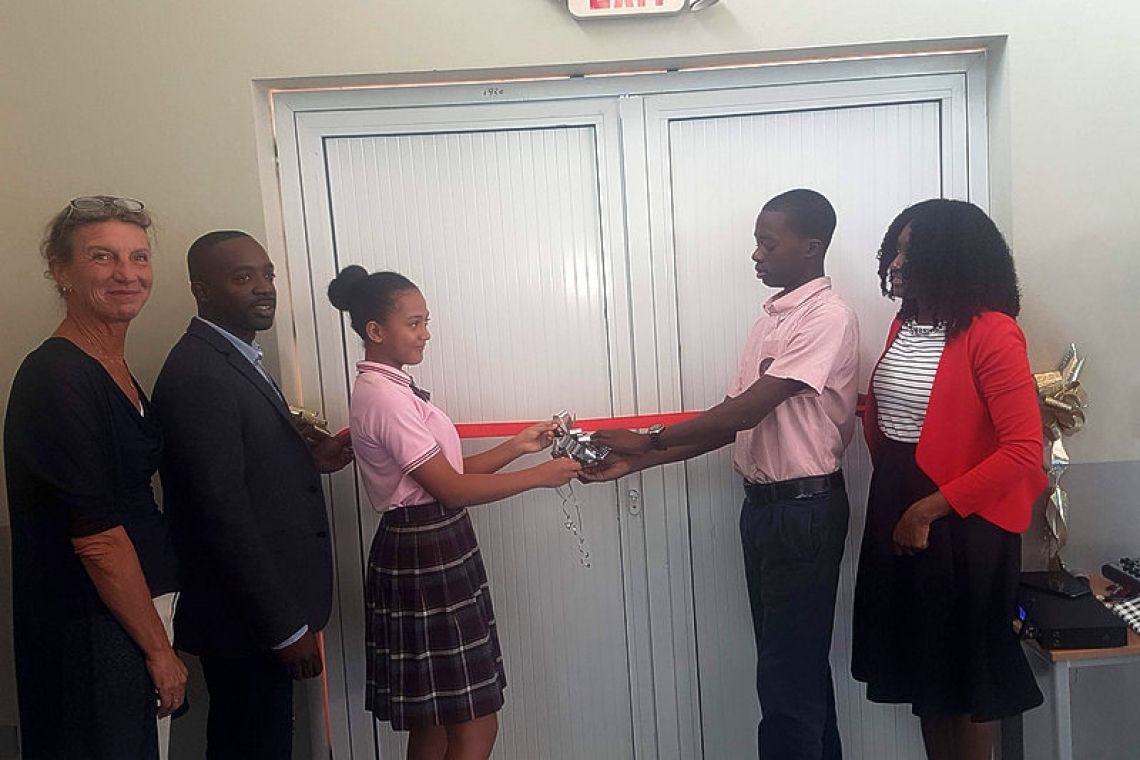 Cycle 2 pupils assembled in the school gym for the opening ceremony along with their teachers and other staff members. They opened the ceremony with a song service and a special recital of a scripture verse which they also recited using sign language.

In her opening remarks, school Principal Clara George addressed the pupils. She said, “I know you have looked at the Cycle 1 playground and questioned when the day would arrive for you to also have one of your own.” She added that she was happy that all cycle 2 pupils could now have a playground of their own to enjoy.

The playground was made possible through Forsee Foundation, funded by the Windsong International Foundation. George said teachers played a crucial role in the selection of the playground equipment.

Children gather in excitement as they explore the new playground. 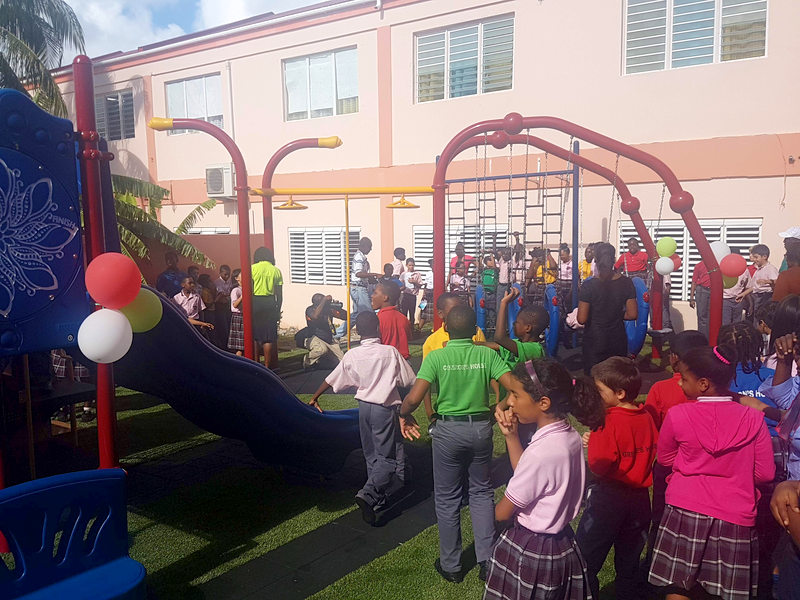 Foresee Foundation worked tirelessly to ensure the equipment was ordered and delivered to the school. Forsee representative, Jose Sommers, said she was really happy to be a part of the project, she was impressed with the school and congratulated them on the amazing job that they had done.

The foundation received help from Curaçao Trading Company and King Ocean Shipping who provided discounted shipping prices for the containers, as well as assistance in the off-loading of the equipment.

George said it didn’t stop there; local truck drivers gave their time and vehicles to deliver all equipment to the schools.

The school received an anonymous donation from the Foresee Soualiga project. With that donation, together with the school board, they were able to order rubber tiles for the playground to protect the children in the event of a fall. Fleming carpet also donated the grass for the playground.

Minister of Education, Culture, Youth and Sports Ardwell Irion gave words of encouragement to the pupils. In his address he told them he was proud to see the community coming together for projects like this, and expressed his excitement to see the new playground.

After cutting the ribbon, the playground was officially declared opened. Everyone gathered outside to admire the new playground. Teachers playfully tested the new equipment to the joy of their pupils who cheered them on. The principal and the Minister joined in on the fun, both demonstrating their skills.