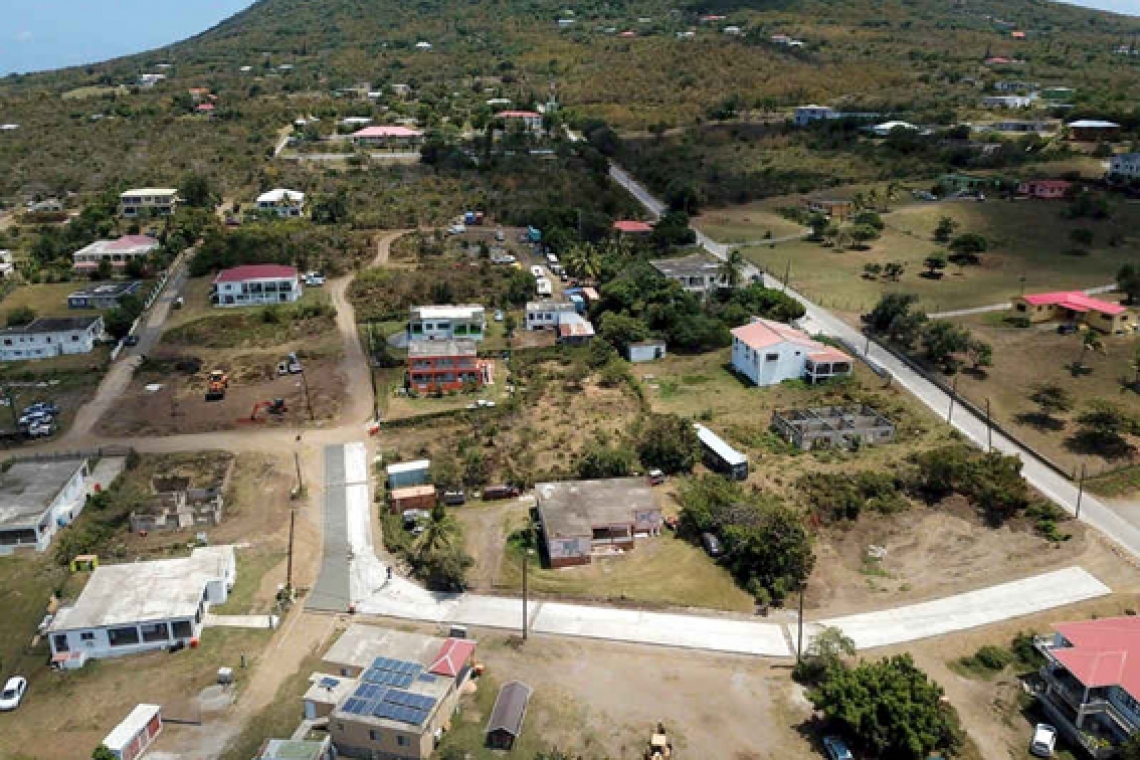 ST. EUSTATIUS--The Cherry Tree road project, which was previously delayed, is now going full steam ahead. The delay stemmed from a disagreement between the island government and the contractors about the US $1.8-million project.

The project was tendered at the end of 2018, and originally awarded to a joint venture of Koop International and local contractor ARC Construction.

A mixture of financial, human and material problems assailed the project that was supervised by consultants of Royal Haskoning. The ground-breaking ceremony for the Cherry Tree project took place in January 2019 and was carried out by State Secretary of Home Affairs and Kingdom Relations Raymond Knops. The project was estimated to take seven months to complete.

After the contract between the contractors and the Public Entity St. Eustatius was dissolved, the project was taken over by the Department of Public Works and Services. Work for the Cherry Tree project started at the intersection of Schrupon Road, Lampeweg and Schroophard Road.

Director of Economy, Nature and Infrastructure (ENI) Anthony Reid said that Winston Tearr of Public Works and Services is managing the project.

Several roads have already been completed. Currently, the work has reached William Plantz Road, which intersects with Concordiaweg and Biesheuvelweg.

Cherry Tree’s roads were selected because these were unpaved dirt roads that became a hazard after heavy rains, making it problematic for emergency services to reach the area. The dust from the unpaved roads also presented a health hazard for residents with asthma or other health-related issues.