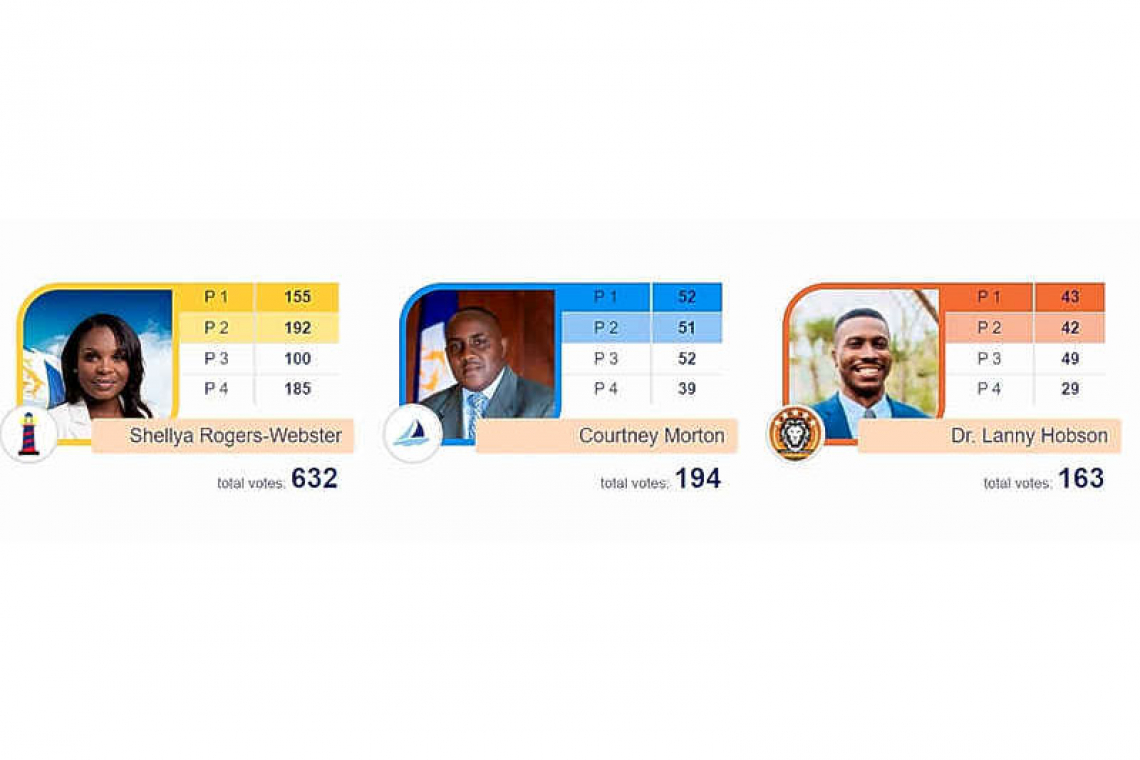 The tabulated results displayed for the audience.

ANGUILLA--Shellya Rogers for the Anguilla United Front is the new representative for the Valley North district. A large crowd gathered at the House of Assembly on the evening of Tuesday, May 24, to hear the results of the Valley North by-election. The electronic machines were wheeled into the House and Returning Officer Lauren Bryan announced the results.

There were four polling stations, so the results were given from each one. It was clear after the first two polling station results were announced that Rogers was the favourite. She gained a total of 632 votes, with Courtney Mortin having 194 and Lanny Hobson 163 votes.