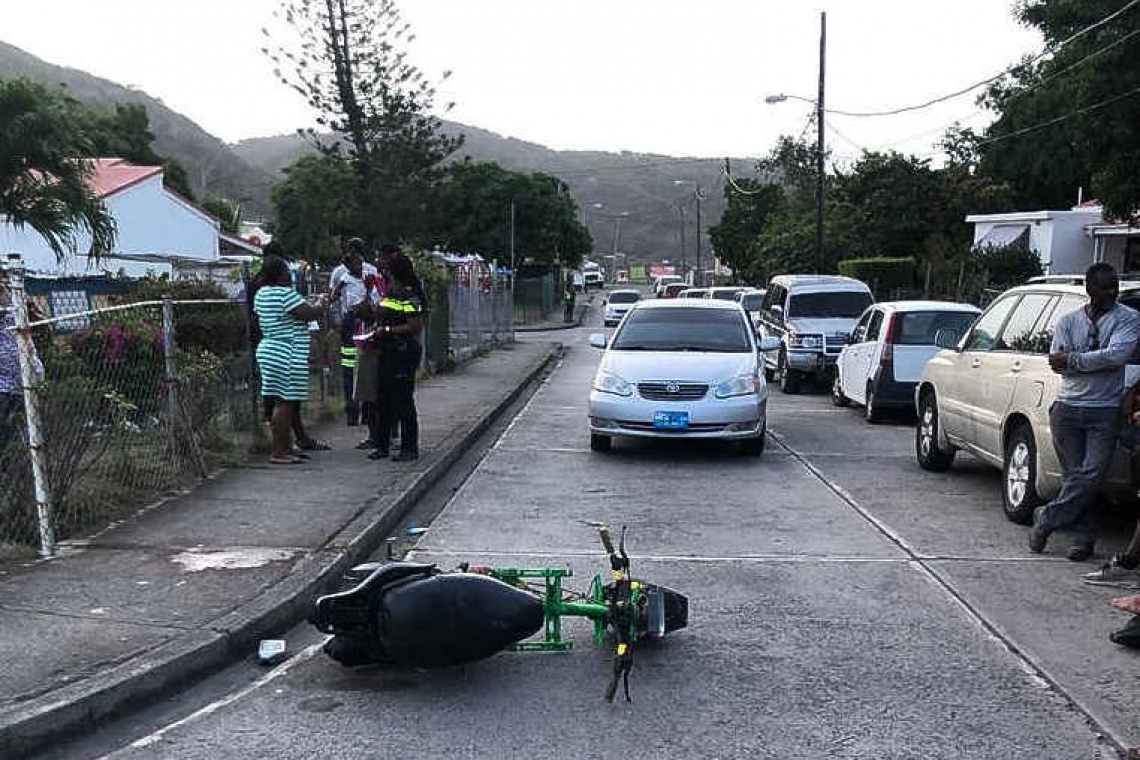 The scooter and the vehicle that were involved in a collision on Charles A. Woodley Road on Wednesday, July 8.

Police Force Caribbean Netherlands KPCN said the driver of the scooter, identified with the initials K.R., was driving on Woodley Road, which is a main road, when he was suddenly hit from the left by a car at the intersection with Paul I. Courtar Road.

Upon arrival at the scene of the accident, police officers were informed that the ambulance had already taken the driver of the vehicle and the scooter rider to Queen Beatrix Medical Center (QBMC) for medical attention.

An investigation was conducted at the scene to determine the cause of the collision. A large crowd had gathered at the intersection and also at F.D. Roosevelt Airport as concerns about the young rider spread.

The driver of the car was questioned at QBMC. Due to the fact that K.R. was undergoing emergency treatment in the emergency room, police were unable to complete the investigation because he could not be thoroughly questioned about the circumstances of the collision.

The police are not aware of the victim’s present condition, as healthcare professionals have not provided any further information. The investigation into the collision is still ongoing.