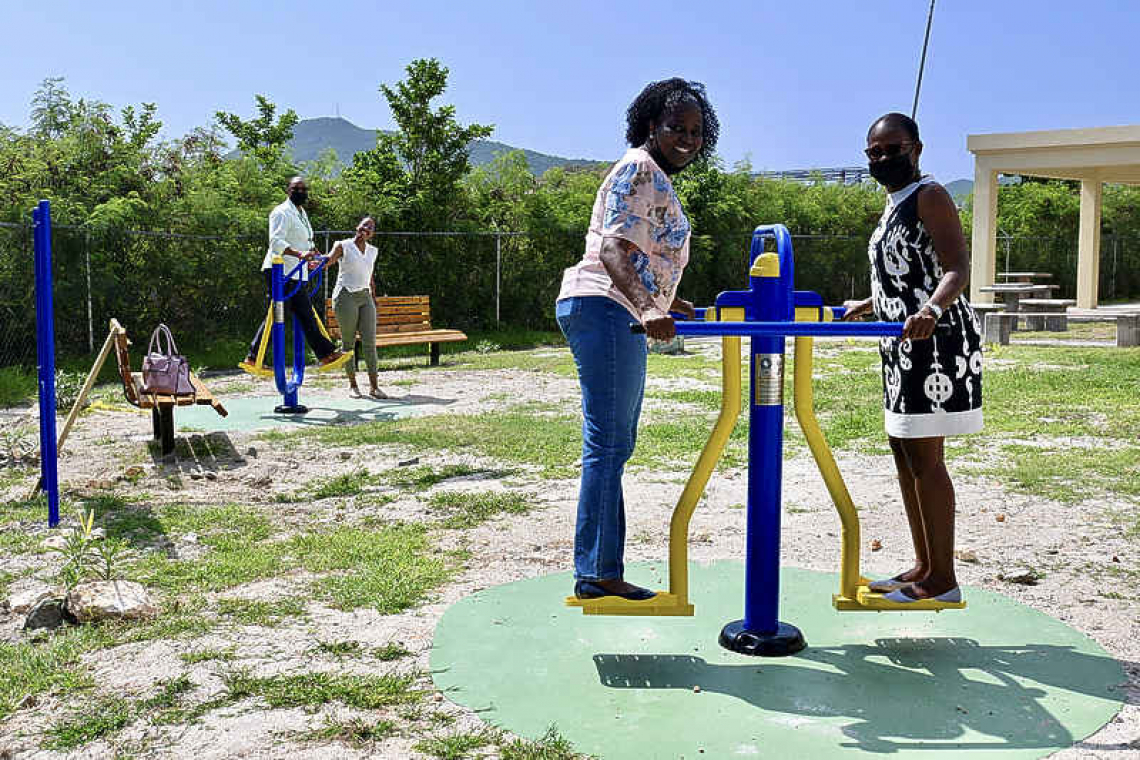 Led by St. Maarten Development Fund (SMDF) Managing Director Makhicia Brooks, the tour came ahead of the space’s official opening and highlighted the results of the considerable efforts and contributions made by members, SMDF stated in a press release.

Members of the tour, which included Meredith Concincion, Michelle Martina, Merlyn Hunter, and Jessica Rogers, are no strangers to the space and the district. As active members of the community, these women, along with several other persons, readily dedicated their time, effort, and input over the past few months to ensure that this space was in line with the needs of the community. 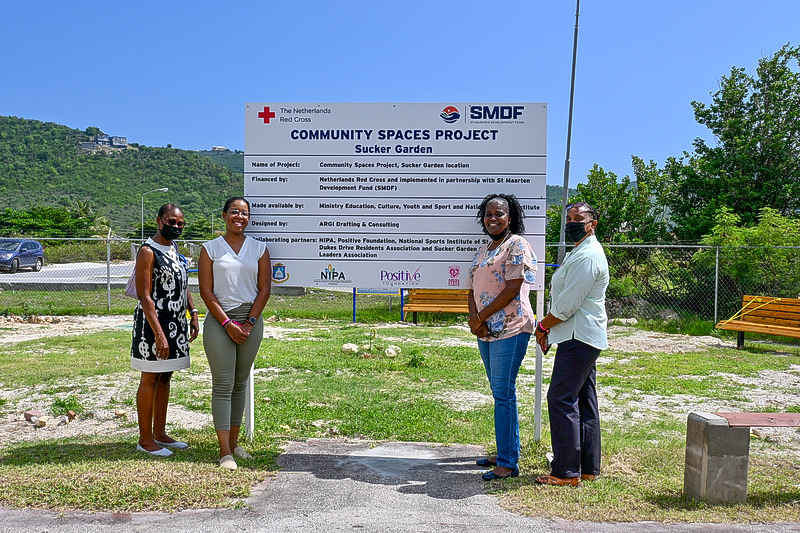 SMDF said their notable strides included lobbying for a concrete gazebo and a repainted basketball court on behalf of individuals who make use of the facilities. Now, with a concrete gazebo, revamped basketball court, chess tables, exercise equipment and playground equipment, the space offers something fun for everyone, SMDF stated in the release. In the coming days, the space will be finalised with the installation of additional lighting.

The community space is one of seven that have been established as part of a collaborative initiative of SMDF and the Netherlands Red Cross with the goal of creating and enhancing outdoor social spaces for free use by the public. With the help of community-minded individuals, councils, and businesses, the spaces, which are located in Belvedere, Cay Hill at Raoul Illidge Sports Complex, Cul-de-Sac, Ebenezer, Simpson Bay, Middle Region, and Sucker Garden, will allow persons of all ages to gather and connect with neighbours, friends, and families in a safe manner.

The first Community Space was successfully launched in Middle Region in February and works continue to complete the remaining spaces by the end of the year. SMDF recognised the efforts of and thanked the Sucker Garden community-minded leaders whose collaborative efforts will create “a stronger sense of community” whilst promoting physical and mental well-being amongst members of the community.