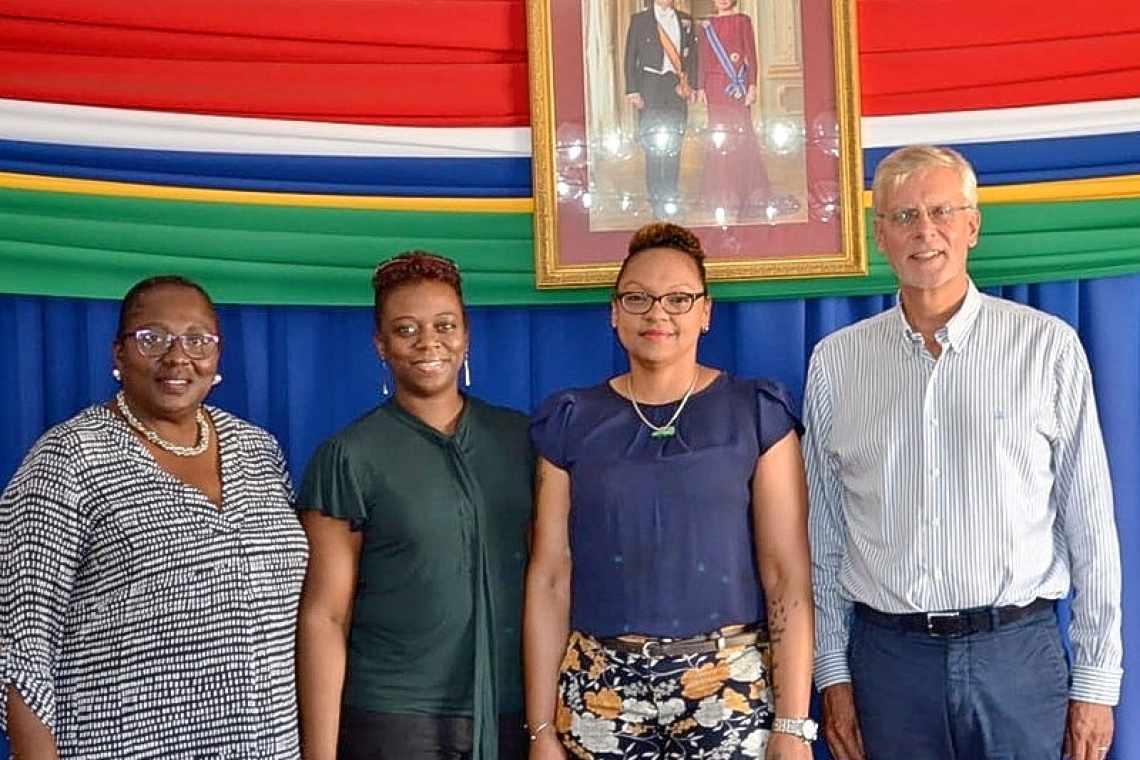 Civil servant Shamira Ortega-Ras recently took the oath of office during a ceremony at Vincent A. Lopes Legislative Hall, organised by the Personnel and Organisation (PO) Unit of the public entity
St. Eustatius. Deputy Government Commissioner Alida Francis, who is responsible for Personnel Affairs, administered the oath. Ortega-Ras began her employment with the public entity as a back-office worker at the Civil Registry (Census Office). In photo (from left): Francis, Janella Fletcher-Richards (Department of Personnel Affairs), Ortega-Ras and Government Commissioner Marnix van Rij.