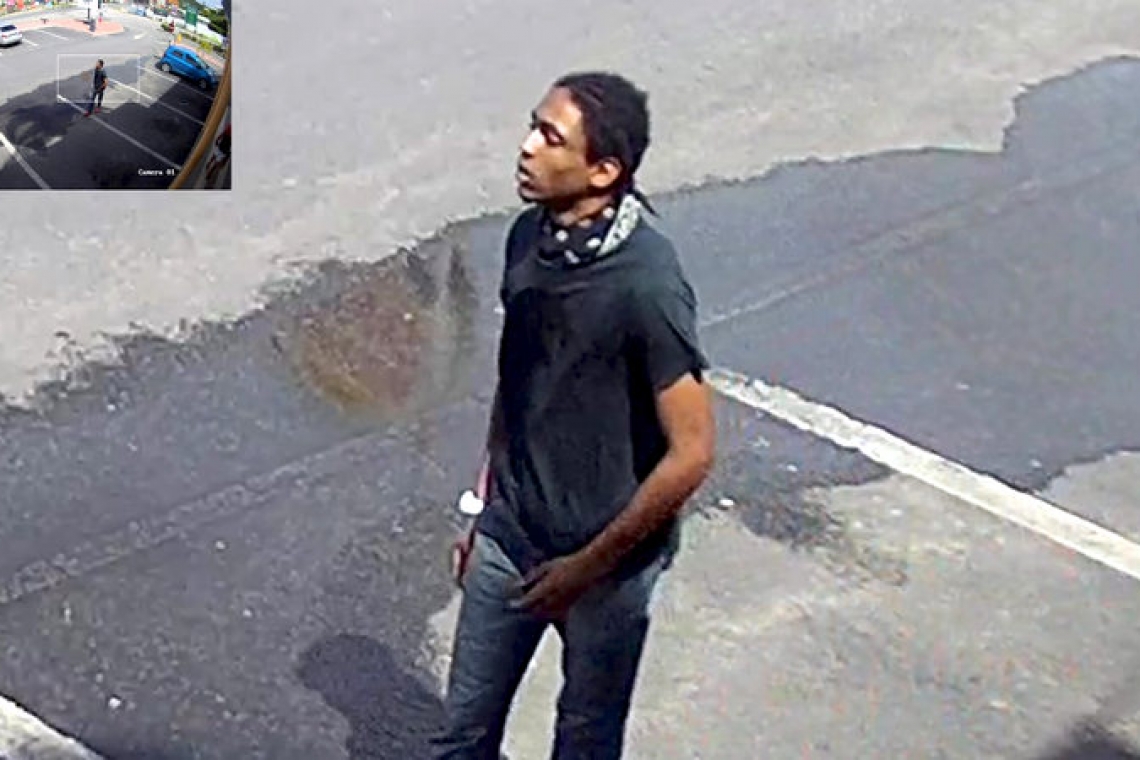 A surveillance camera image of the man who shot and killed another man in a daylight robbery on Sunday afternoon.

PHILIPSBURG--The St. Maarten Police Force KPSM has released another image of the man who shot and killed another man in a daylight robbery in front of Market Garden Supermarket on Sunday afternoon. It has renewed the call for assistance from the public to help find the suspect.

“The detectives of the Special Robbery Unit are hard at work investigating this cruel and cold-blooded act. The police have received information from various sources about who the suspect is and where he could be hanging out.

“The leads received from the community over the last days have not materialised in getting the personal details of the suspect or the location where he is residing.

“We are again requesting the public to assist us with any information that can lead to the whereabouts and arrest of the suspect,” said police in a press release on Wednesday.

Anyone who may have information about the suspect and his whereabouts is asked to contact police at tel. 1-721-542-2222 ext. 204/205 or the anonymous and free-of-charge tip line at 9300. Persons can also visit police’s website at