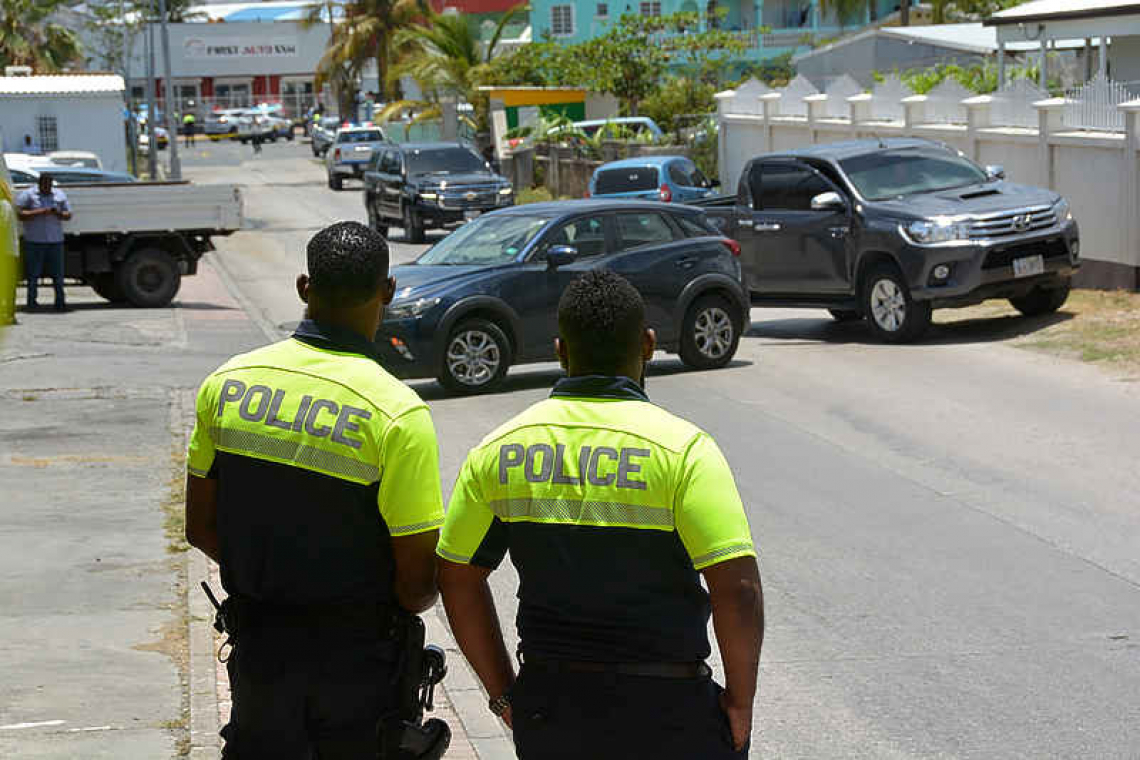 PHILIPSBURG—Police fired multiple shots during the pursuit of a suspect's car on Tuesday morning. The driver, the only occupant, was hit by one or both bullets that went through the rear window.

How serious the man's injuries are is not known. 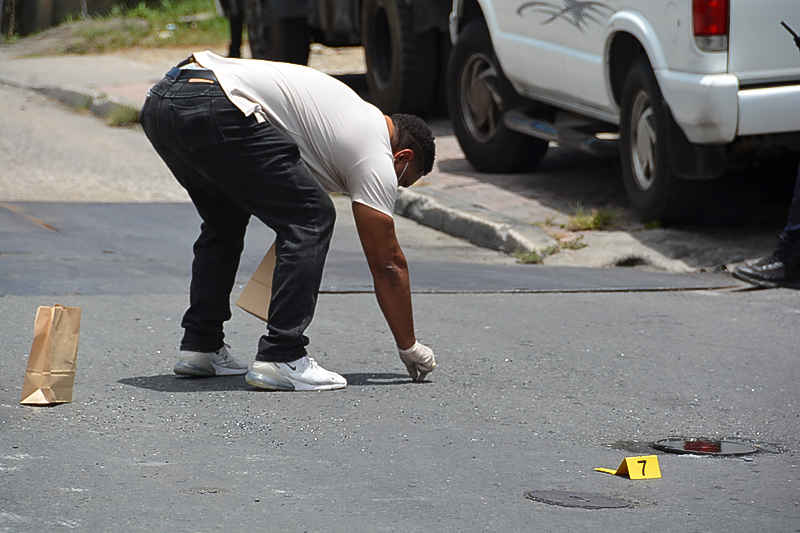 The suspect was driving a blue Hyundai I10 in the direction of Cay Bay. He was chased by members of the Arrest Team, who were driving a grey Toyota Hilux pickup. On the way to Cay Bay, the detectives fired a series of shots at the suspect's car.

After the shooting, ten yellow evidence markers could be seen on the road surface. The shattered rear window of the suspect's car showed two large bullet holes. The trunk of the car had at least four bullet holes.

Chief Police Carl John was spotted inspecting the police car. The Toyota Hilux had suffered minor damage to the front.