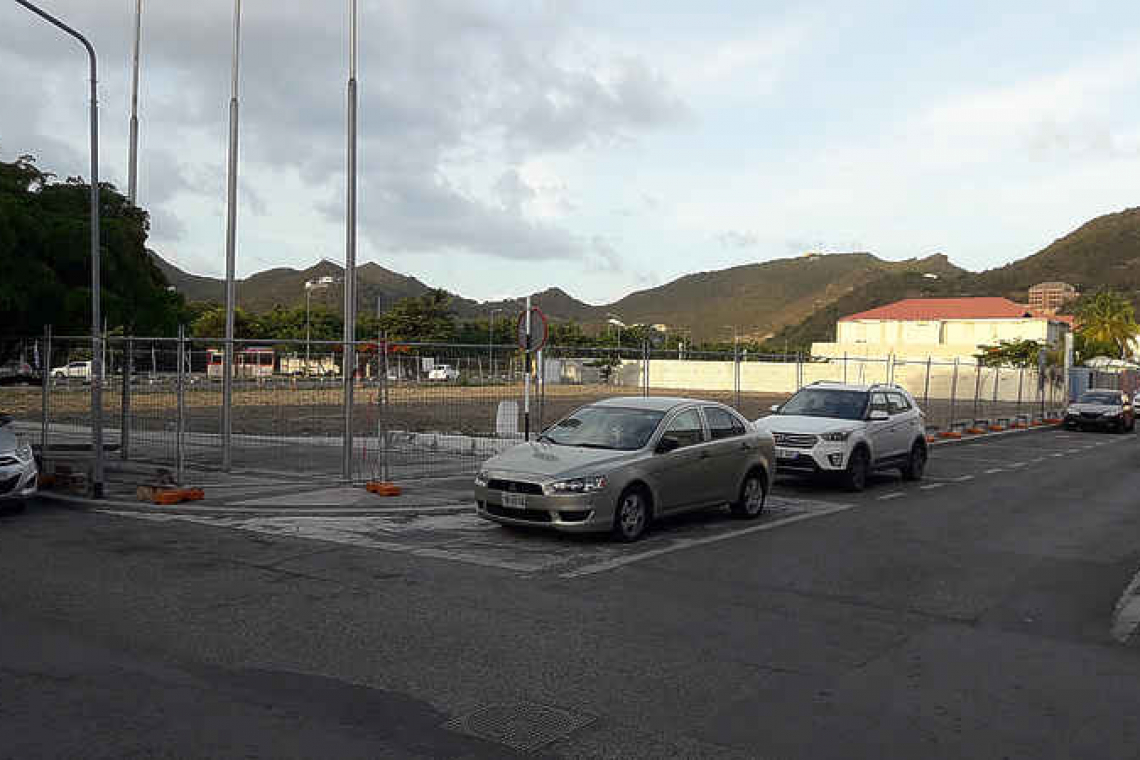 The location of the demolished Postal Services St. Maarten building.

PHILIPSBURG--Paid parking is expected to be established at the location of the former Postal Services St. Maarten (PSS) building on Walter Nisbeth Road (Pondfill Road).

The paid parking is part of the temporary plans for the location. Minister of Public Housing, Spatial Planning, Environment and Infrastructure VROMI Egbert Doran alluded to the temporary plan in response to a question during the live Council of Ministers press briefing on Wednesday, when asked about the demolished site as well as about plans to demolish the old Government Administration Building.
“We plan to flatten it out and have paid parking there so that the issue with parking in the Philipsburg area can be resolved for now,” Doran said of the old post office location. “Of course, the major plans ultimately include a multi-level parking garage so that is also in the major plans,” added the minister.
He said he will wait to divulge information on the more extensive plan because “we are busy with the different stakeholders, which include Parliament, on the way forward.”
The old PSS building suffered extensive damage during the passing of Hurricane Irma in 2017.