Observers give first statement on elections 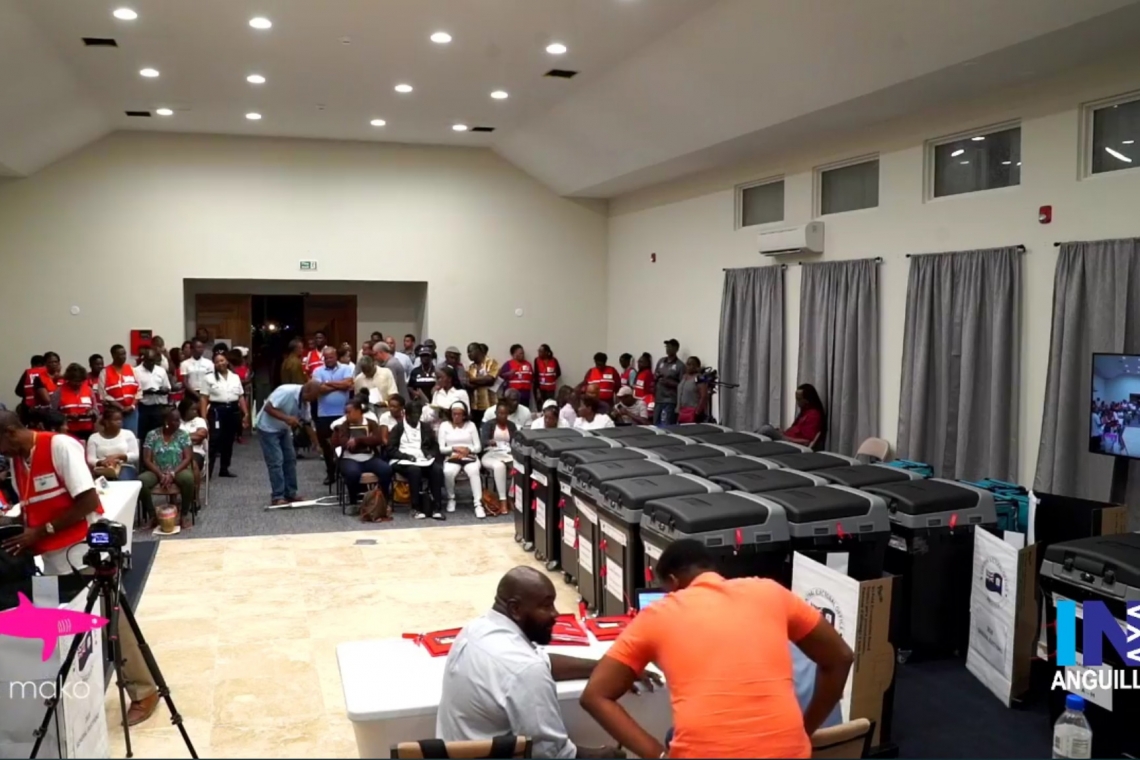 Election night in the House of Assembly with all electronic machines returned for counting to take place.

ANGUILLA--A preliminary statement has been issued by the Anguilla Independent Citizens Observers (AICO), who observed and evaluated the recent elections including advance voting on June 26 and Election Day on June 29. The team was comprised of members of the Anguilla Christian Council and the Anguilla Evangelical Association and was headed by Reverend Wycherley Gumbs, Pastor Philip Gumbs and Avenella Griffith.

A total of 29 observers were recruited and deployed to observe all aspects of the election. The observers were stationed at each of the 20 polling stations from one hour before voting at 6:00am. Conduct outside polling stations was reported as peaceful, orderly and conducive to free exercise of the vote. Observers witnessed as well the entire closing procedures, followed the Returning Officer to the House of Assembly and witnessed the delivery of the voting machines.

Some concerning infractions were noted, including a few incidents where individuals remained on the premises after casting their vote and appeared to purposefully converse with voters; a few cases of cell phone use inside polling stations; and one or two instances of Presiding Clerks not displaying a spoiled ballot as required. However, these minor infractions were rare and isolated and did not compromise the integrity of the process or the outcome.

The report notes, “Anguilla has made a smooth and near seamless transition from manual to electronic voting and has successfully executed a landmark election in 2020. The process, though not without a fair number of minor glitches, largely preserved the most core democratic ideals for an election: law, order, universal suffrage, access to information, secret ballot and transparency. Thereby, Anguilla has ensured that the will of the people was accurately reflected in the results. In total 11,951 voters were registered and 7,263 (60.77 per cent) actually voted. Undoubtedly, the Supervisor of Elections, his team and the personnel of [Department of Information Technology and E-Government Services – Ed.] DITES all proved professional and capable throughout the demanding and dynamic electoral process.”

A full and final report is to be issued by July 31.