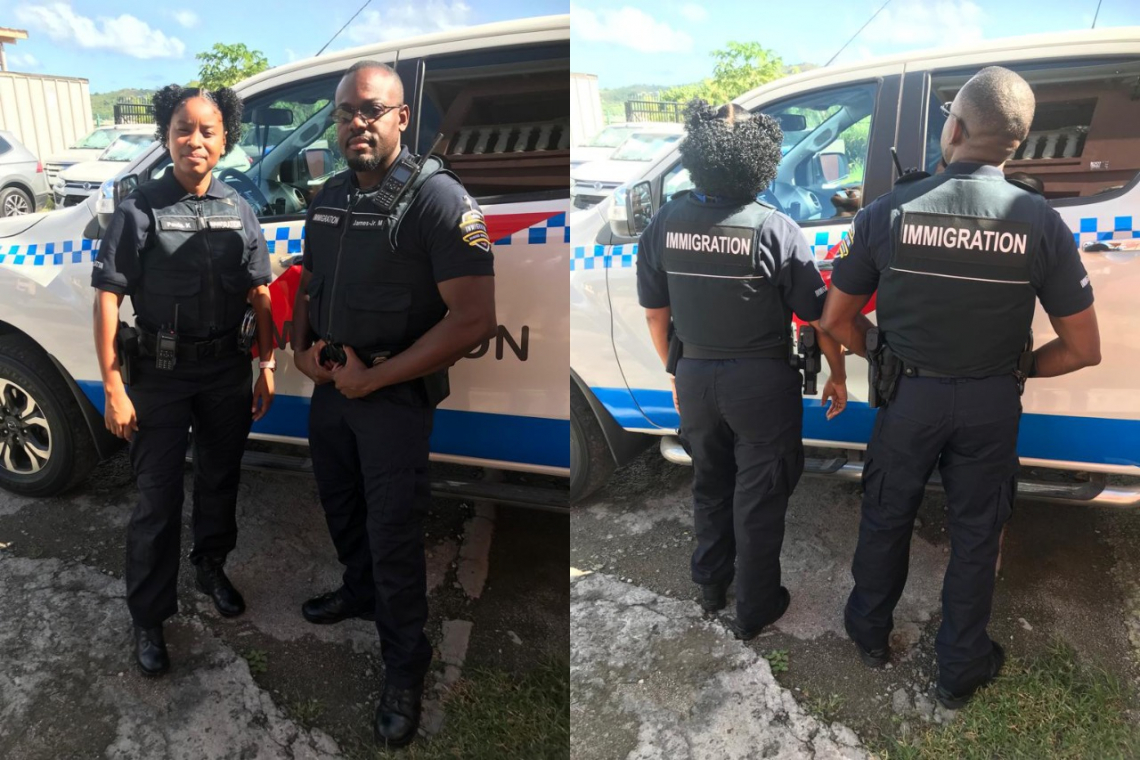 The uniform change, which carries the organisational logo, is a result of the decision taken to place Border Protection and the Mobile Unit under the leadership of IBPS and brand the division with its own identity.

“For quite some time, I’ve been content with the design of the new uniforms,” said Richardson. “As such, I congratulate the management team of IBPS for seeing my vision through as we continue to enhance the ministry step by step.”

The workers at St. Maarten border points will receive new standard uniforms within the next few weeks, as the Ministry was already awaiting an order placed. However, these will be for a temporary period, Richardson said. In 2022 the minister intends to implement one standard uniform design for the entire IBPS division.

The purchase of the newly designed uniforms was possible via funds received from the standing agreement between the governments of St. Maarten and the Netherlands on strengthening border control.