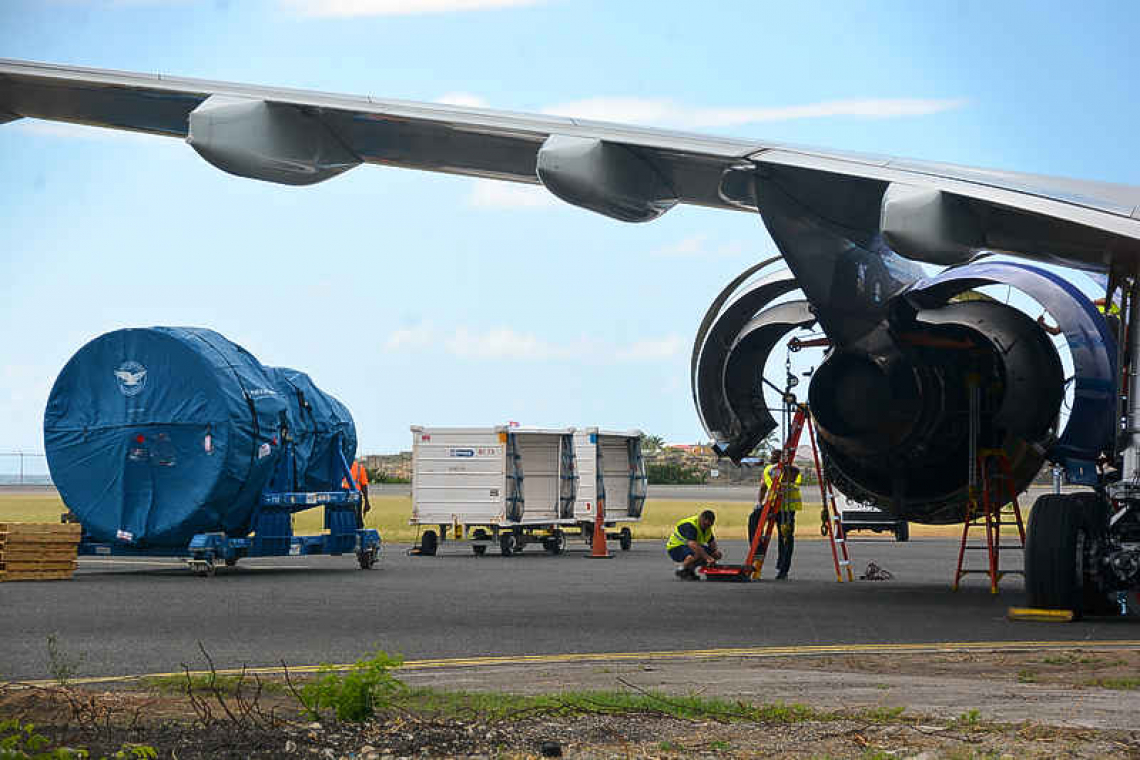 The new engine for the disabled Air Caraibes Airbus A330-300 arrived at the Princess Juliana International Airport at 11:00am on Thursday, January 20. The engine came in on an Ilyushin IL-76 aircraft, one of the largest aircrafts in the world. After installation of the new engine, the airport mechanics will perform several engine run-ups to ensure the engine functions properly, said PJIA spokesperson Audrey St. Luce-Jack.

The tests are scheduled to take place on the runway during airport closing hours on Friday, January 21. If that date does not work out, they will be moved to January 22, 2021, said St. Luce-Jack. Residents of the area could experience noise pollution after the airport’s closure on those days due to the engine tests, the spokesperson warned. The Air Caraibes flight with destination Orly, Paris was forced  to return to PJIA when its left engine caught fire shortly after takeoff in the early evening of December, 29. None of the 46 passengers and 11 crew members were injured.