Ministry disagrees with CBCS on application of exchange rate 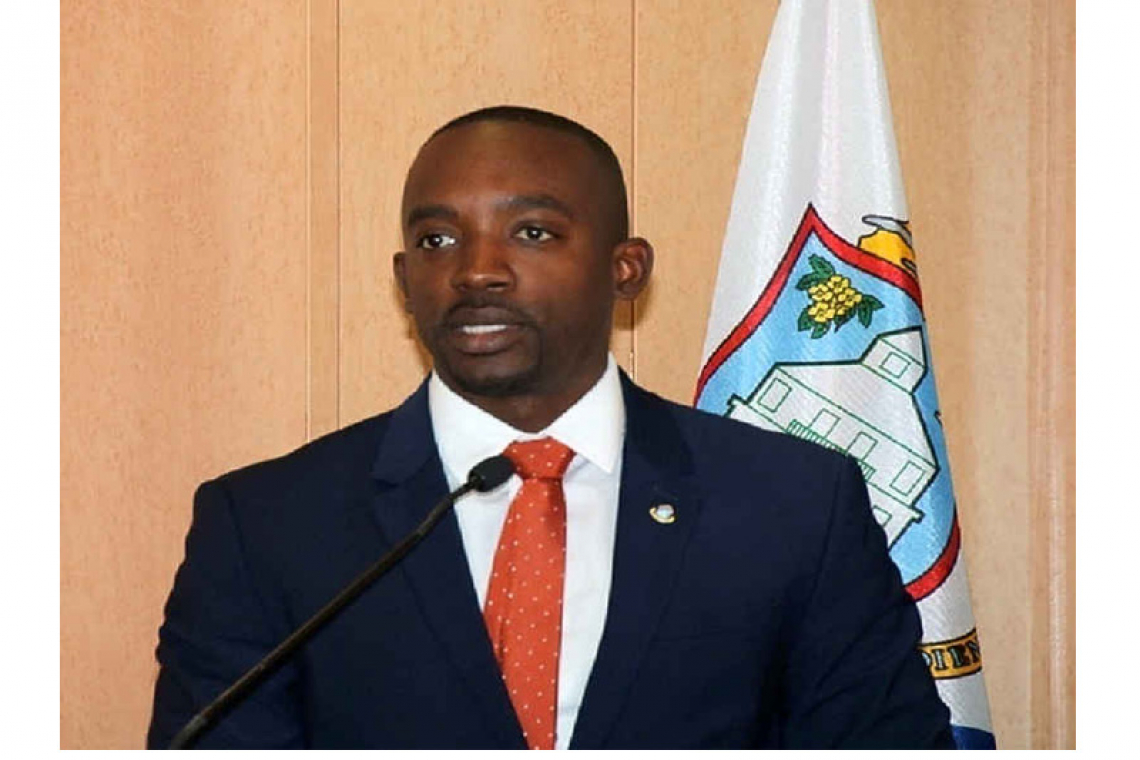 PHILIPSBURG--The Ministry of Finance is not in agreement with statements made by the Central Bank of Curaçao and St. Maarten (CBCS) regarding the application of the exchange rate for the guilder to the United States dollar.

Finance Minister Ardwell Irion said on Wednesday that the exchange rate is regulated by law.
CBCS had told The Daily Herald in a recent interview that businesses can apply exchange rates that differ from the official exchange rates and it is up to the consumer to decide which currency to use to get the best price.
CBCS had also said that the official exchange rates published by the CBCS only apply for foreign exchange banks and there are no regulations that prescribe the exchange rates to be used by businesses, and indicated that customers should therefore make their own calculations to determine in which currency they get the best price.
“For example, when a business offers a product for US $1.00 or NAf. 2.00, it is cheaper to pay in dollars (you could buy dollars at the bank for NAf. 1.82, which is cheaper than NAf. 2.00). However, when a business offers a product for $1.00 or NAf. 1.76, it is cheaper to pay in NAf.,” CBCS had advised.
Irion addressed the issue during the live Council of Ministers press briefing. “I have taken note of the articles in The Daily Herald on June 2 and June 5, 2022, on the use of the official exchange rate by businesses and the ministry is not in agreement with this suggestion for businesses to unilaterally decide on the exchange rate between the Antillean guilder and the dollar of the United States of America,” Irion said during his opening remarks.
“We have a law in place that regulates the exchange of the Caribbean guilder (which is now the Antillean guilder, until the Caribbean guilder is implemented) and the dollar of the United States of America. This law is called the Caribbean Guilder Exchange Rate Regulation.”
He said Article 1 of the Caribbean Guilder Exchange Rate Regulation stipulates that the official parity of the Caribbean guilder is 1.79 per US dollar.
Article 2, first paragraph, of the Caribbean Guilder Exchange Rate Regulation stipulates that the exchange rates for foreign exchange transactions in Curaçao and St. Maarten of the US dollar for the acquisition or making available of foreign securities are determined by the CBCS within a margin of fluctuation of 2.25%. Irion said he just wanted to clarify the issue from government’s perspective.
Attorney Suhendra Leon had also come forward and indicated that CBCS’ comments gave the impression that businesses are completely free to choose which exchange rate to use and that this is not correct.